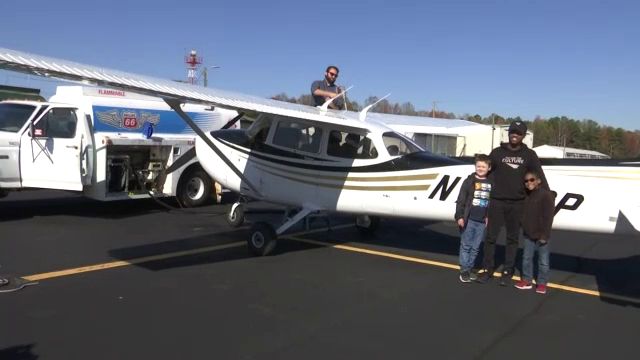 "Fly for the Culture" Promotes Diversity in Aviation

GASTONIA, N.C. -- A program at Charlotte-area airports is encouraging kids to explore a new career path that takes them around the world.

"Fly for the Culture" is a non-profit, focusing on promoting diversity and inclusion in the world of aviation.

Courtland Savage, a U.S. Naval Officer and regional airline pilot, takes kids for a free introductory flight to show them what life is like as a pilot.

His hope is that more kids see that the sky is the limit when it comes to picking a career.

“I feel like the issue here is exposure. It’s kinda like you gotta see it to believe it type mentality," Savage said. "So I just want to expose kids with an introductory flight, just bring them to the airport. Some of these kids haven’t been to an airport, so just bring them to the airport, put them in the aircraft and just take them around for a 10-15 minute flight, and just give them that exposure. I believe that’s the first step we all have to take.”

If the kids are interested after the first flight, Savage will help them find a flight school so they can take lessons.