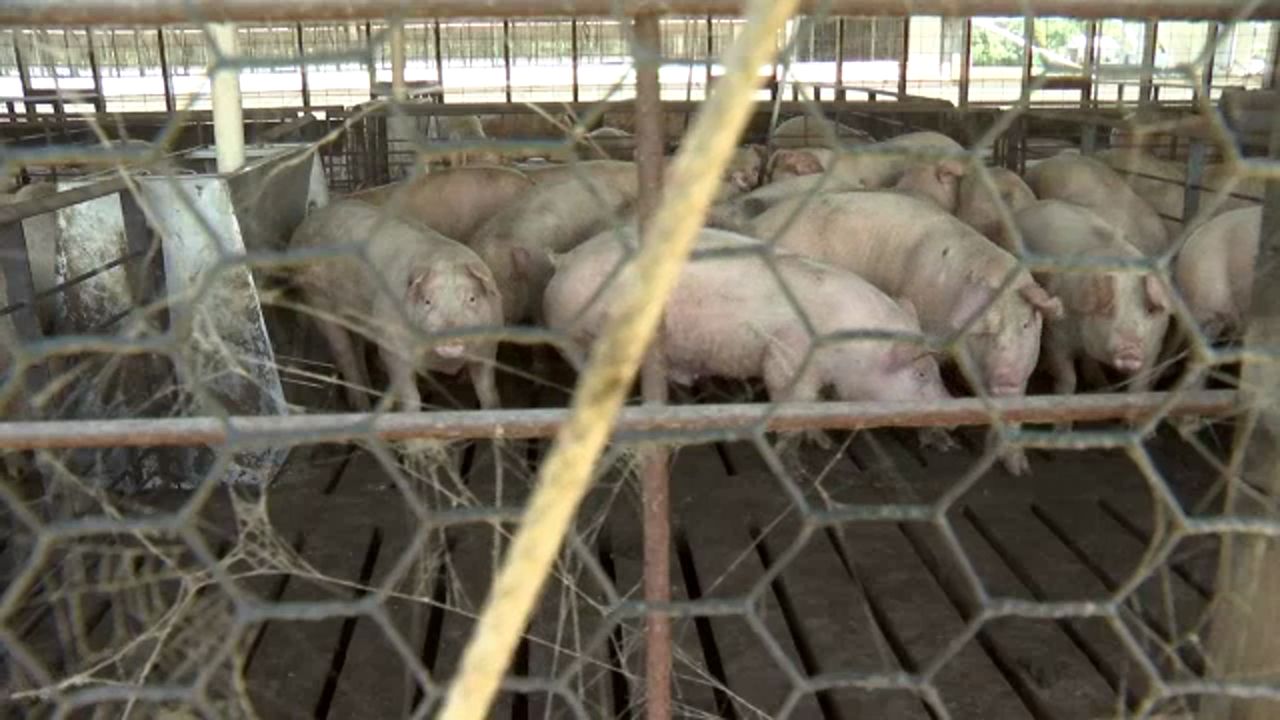 NORTH CAROLINA -- The Trump Administration says they will be rolling out $12 billion in emergency aid aimed at helping farmers struggling as a result of the ongoing global trade fight.

Already across North Carolina, farmers are beginning to feel the pinch as commodity prices tumble in response to the new tariffs on soybeans and pork.

Farmer Lorenda Overman and her husband are among those impacted. They own a farm in Goldsboro, NC where they raise hogs, soybeans and more – much of it now targeted in the mounting tariff fight. Overman estimates it could end up costing her hundreds of thousands of dollars in income over the next year.

“In May, a bushel of soybeans was $11 a bushel, now it’s $8.75 a bushel,” Overman said. “You begin to rein in the spending, you begin to be fearful of paying your bills.”

Reining in costs could mean cutting back on staff or worker salaries, as well as cutting back on purchases. She says if she spends less, that causes a ripple effect, impacting other local businesses that service the farm community.

China, Canada and Mexico are North Carolina’s top three agriculture trading partners, according to the North Carolina Department of Agriculture and Consumer Services. China tops the list with $598 million in exports.

Now, those countries are taking aim at U.S. products in response to the White House’s tariffs on steel and aluminum. Lawmakers from both parties are slamming the president.

“That is so punitive. Why should they suffer because the president wants to tit-for-tat and have a war with somebody? He just wants to fight about something,” Rep. Alma Adams, D-NC said.

President Donald Trump defends the tariffs saying they are about forcing other countries to sign on to better trade agreements. He doubled down in a speech Tuesday; the same day his administration announced the billions of dollars in aid for farmers.

“The way we keep America great is to make at least reasonable," he said. "At least fair trade deals, not stupid trade deals.”

Overman voted for President Trump and says she supports what he is trying to do, she just hopes the tariff war does not last long enough that it threatens her business.

“If I could talk to our administration, I would say, ‘Please, please make this a very short ride. Please do what you have to level it off quicker, so we can depend on making a profit,’” Overman said.

Could her support one day waiver? She said it depends on what her bottom line looks like at the end of the year.

Already on the hill, some lawmakers – including Republicans – are blasting the White House’s aid proposal, equating it with a bailout and welfare.