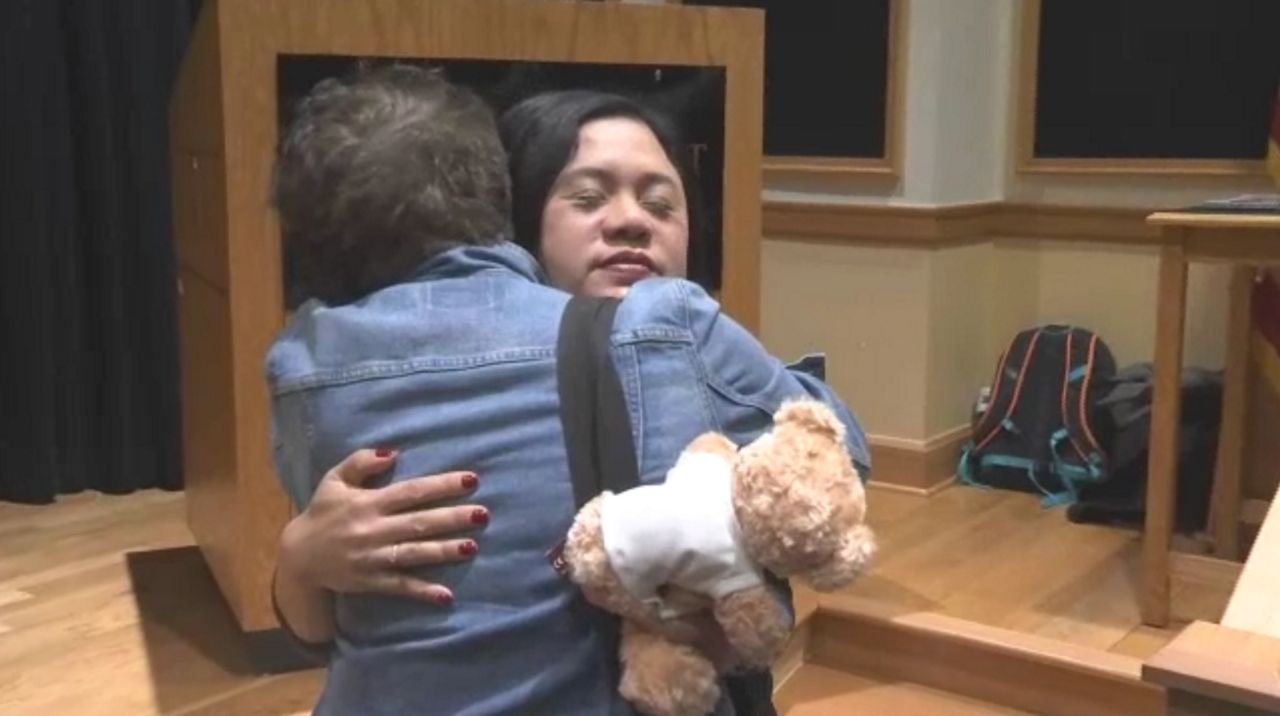 WINSTON-SALEM, N.C.-- An international anti-human trafficking project is focusing on protecting children on a community level.

‘The Hug Project’ visited Wake Forest University to educate people about victim advocacy on Saturday. The program started with Boom Mosby, founder and director of the ‘The Hug Project Thailand’. Mosby says, "I received the TIP Report Hero Award by the State's Department with Ivanka Trump and former Secretary Tillerson. So the police on my team wanted to give me a gift as a congratulations, so they created a bear."

That was in June 2017, Mosby started using the bear to comfort child victims she works with every day.

"Many times the victims end up having to leave the homes where they live, so we felt the bear symbolizes and represents that we will always be there for them,” says Mosby.

The project is hoping to work with law enforcement and other agencies to ensure sexually exploited children are protected through the prevention, protection, and restoration process.

"I think maybe there's still a culture of blaming, blaming the victims for what happened,” adds Mosby, “Therefore we need to educate law enforcement, prosecutors and people in the justice system to fully understand."

Helen Naples, a project administrator for ‘The Hug Project Thailand’ says their presence in North Carolina is crucial.

"North Carolina is a popular for human trafficking because of the interstate system, because you have I-40 running east-west. You've got three corridors running north-south between 77, 85, 95. 85 and 77 connect there near Charlotte. It’s also connected to a port city so it’s any easy place to run transit through."

Naples says North Carolina is 10th in the country for trafficking volume.

"It’s easy to say 'oh that's their problem, that's over there, it's overseas, it's in Thailand, it's in Southeast Asia. It's really partly because the crimes are so egregious that it’s hard for the human imagination, really, to even wrap our heads around that kind of thing going on so close in proximity to our own homes, our own communities, our own schools," Naples says.

Mosby says since she started advocating for child victims, she’s seen more people getting involved in her line of work.

"I have seen the shift. In the past, when I started in 2012 I had to do a lot of work with law enforcement, but I've been able to step back a lot and law enforcement has really taken ownership."

The team says the solution is two-fold and part of it is targeting traffickers who do their dirty work via the internet.

Naples told attendees from the podium, "Operators like Craigslist and Backpage need to be held accountable when children are being bought and sold for sex using that mechanism."

Another organizer who was sitting in the audience stood up to say that just that morning, police had raided the owner of Backpage, the largest trafficking sit on the internet, and a criminal investigation is underway.