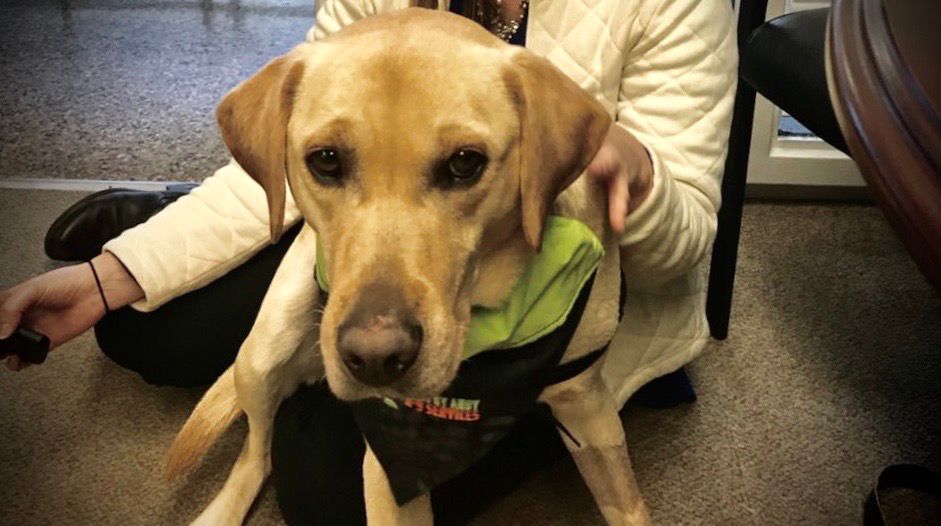 STATESVILLE, N.C. -- The Pressly School in Iredell County has a new unofficial mascot.

This year the alternative school searched for an idea to help kids cope with their day-to-day struggles, which is why they brought in a new therapy dog named Jake.

With only two days under his belt, teachers say Jake is already making a difference.

“We had an episode yesterday... and Jake took a level 10 episode and brought it to a level 1 within two minutes,” says Jake’s handler, Billy Manners. “It works. And people need to understand that it works. And it is beneficial whatever the cost is.”

Jake is considered an employee of Iredell-Statesville schools. The cost of training and care for Jake was taken care of by community sponsors.