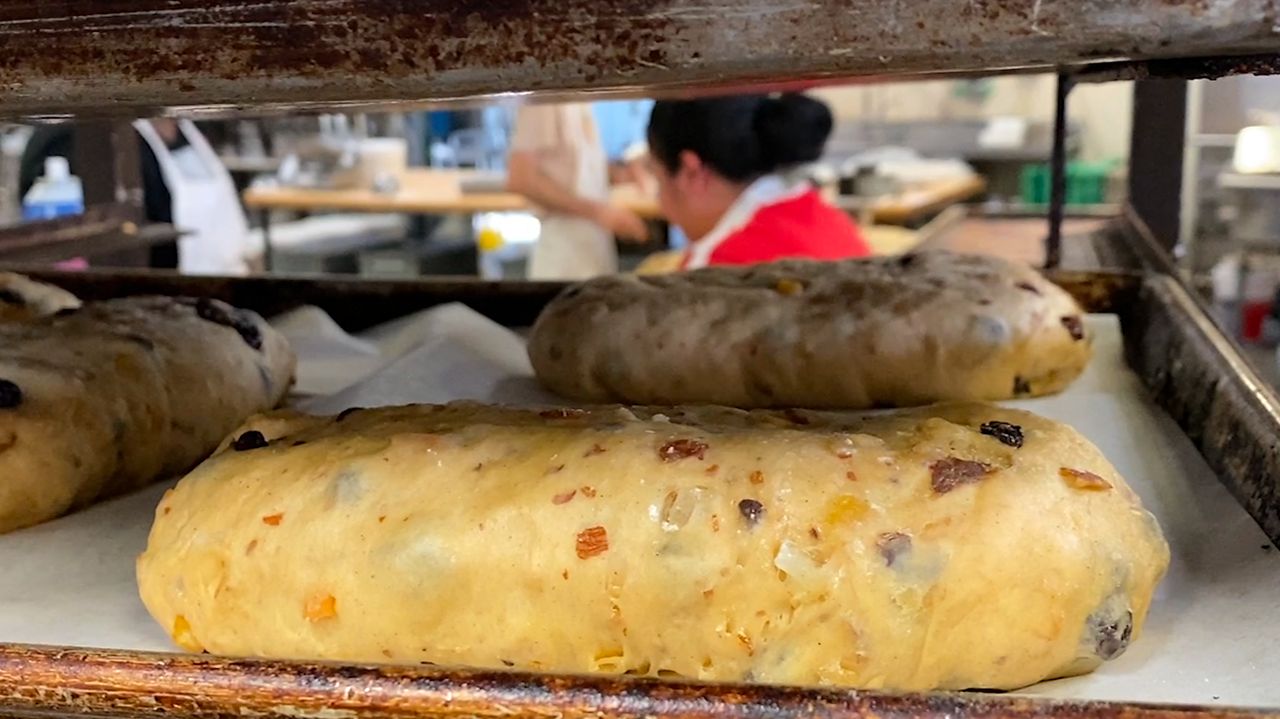 DURHAM, N.C. — Everything is big around the holidays, from gatherings to the amount of food on the table. It’s also a big time for small businesses such as bakeries as they rush to fill holiday orders.

Ninth Street Bakery in Durham is working full steam ahead to get products to its customers. One thing it’s known for this time of year is a product called stollen.

“For some reason this year, we can’t keep the stollen in stock at our stores,” Berenbaum said. “So we are trying to make as much as we can with each bake.”

One challenge making that a bit harder this year is the costs for ingredients.

Berenbaum says it’s something seen industry-wide, and ultimately those costs trickle down to the customer.

“We have done some mild price increases for our items, so we will likely have to readjust in January,” he said.

Berenbaum says he thinks they will see an increase in inflation and prices year-over-year for at least another six months.

“The stollen, we do that four days a week during the holidays, so it’s kind of a lot for us on top of our regular production,” Berenbaum said. “The staff is really coming up and pulling their weight, so I am really proud of them.”