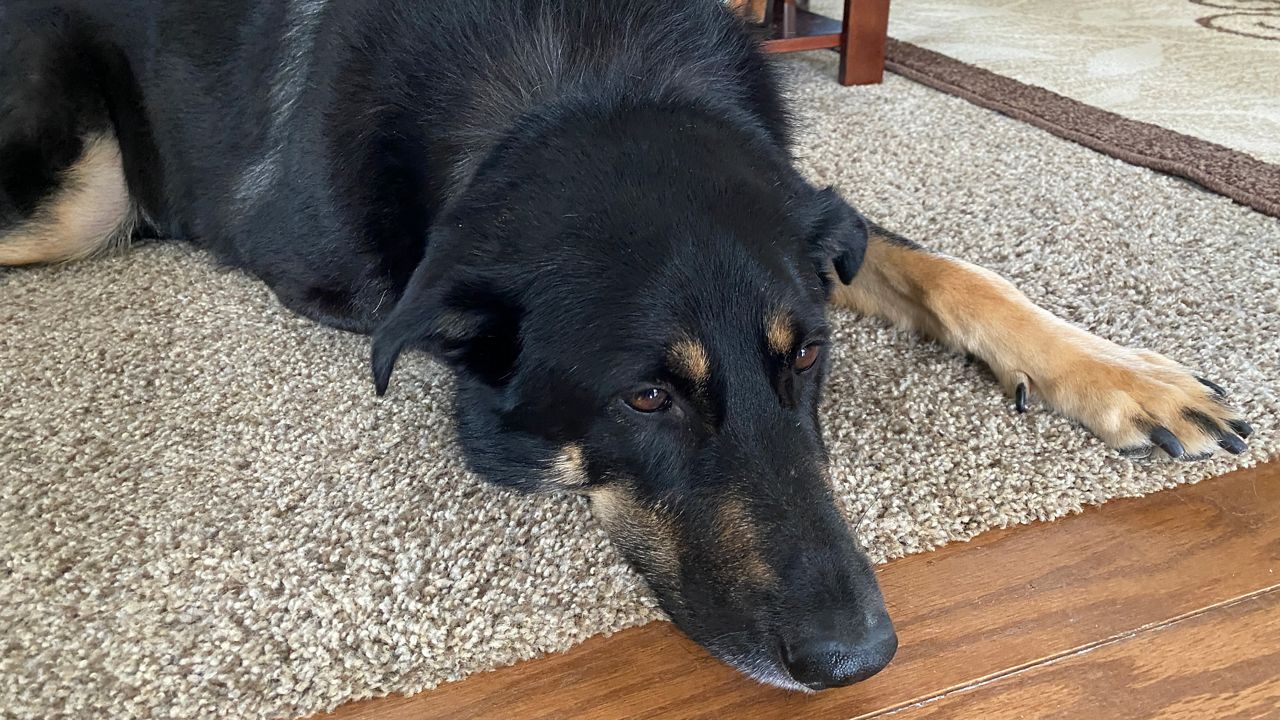 UNION COUNTY, N.C. — The adoptive owners of a North Carolina dog said there’s a lesson to be learned from his adoption, love more and hate less.

Oscar was surrendered to an animal shelter in Stanly County by his previous owners, who claimed the dog was gay. Oscar’s story went viral, leading to Nichols’ and Winn’s decision to adopt.

“Well, we were sitting on the couch one Saturday afternoon, and I was flipping through news articles, and I saw this story that said a North Carolina shelter had taken in a dog because the owner surrendered him, thinking the dog was gay. He had humped another male dog,” Nichols said about his first time reading Oscar’s story.

Nichols said the story from WCCB he saw in March of 2022 stuck with him and decided to talk to Winn about it.

“First we thought we would just give some money or maybe even foster the dog, but then John in his infinite wisdom said…,” Nichols said.

“Why foster? We’re going to fall in love with him anyway, let’s just go ahead and adopt and, it’s what we did,” Winn added.

A few days later, the two were signing adoption papers, having not even met Oscar yet.

“It just seemed to make sense. If he’s a gay dog, why not be adopted by a happy gay couple? And we gave him a home, and he can be gay or he can be straight, we don’t care we still love him,” Nichols said.

The two understand Oscar the dog is not gay or straight, and instead was, in their view, judged by the former owner for his behavior.

The American Kennel Club said the behavior often occurs when a dog wants to play, is over-stressed or wants to establish dominance, saying it is not always a sexual behavior.

Now settled into his new home, Oscar is in good health and starting to be more comfortable with playtime and other dog activities. But when he was first adopted, Nichols and Winn said it was a tough road.

“The phone was ringing constantly, and everyone wanted pictures of Oscar the gay dog being playful. And I had to explain to them, he’s very sick, he’s not playful at all. Also, we’ve learned he doesn’t really know how to play. I don’t think he had that sort of upbringing, so we’re trying to teach him to play a little bit and he’s doing really well,” Nichols said.

Oscar had not been neutered, had a tumor near the site and needed life-threatening heart worm treatment. Donors and local charities helped cover the treatments, which cost thousands of dollars, according to Nichols.

“Somebody will still discard another life because they think they’re gay. We just can’t believe that,” Nichols said.

Nichols said he hopes people continue to read, share and connect with Oscar’s story and donate to their local animal shelters. He also said, if you’re willing and able, adopt rescue pets and give them good homes.

Nichols said if you want to keep up with Oscar’s story, follow the Oscar the Gay Dog blog here.