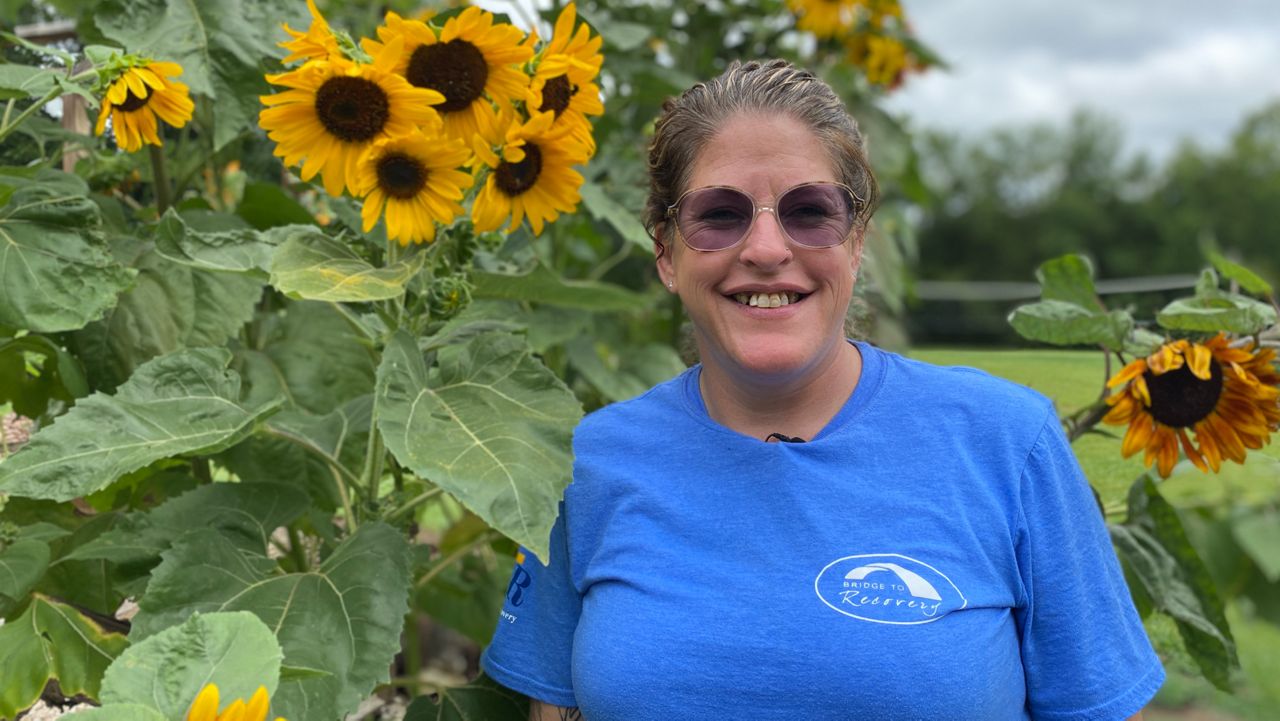 April Pressley, a former patient, now works at Bridge to Recovery in Monroe.

MONROE, N.C. — One addiction center is trying to address the growing need for more treatment beds in Union County.

“It makes me feel really good to be a part of it and give back," Pressley said.

Pressley knows what it’s like to walk in their shoes. It wasn’t very long ago that she was battling that same addiction.

“I was 23 when I tried crack for the first time,” Pressley said. “I struggled with it for 14 years.”

She was sexually assaulted as a teenager, and she believes that is what triggered her addiction.

“Being through counseling, I opened up and realized that it wasn’t my fault,” Pressley said. “I guess I thought it was my fault, because it was one of my dad's friends and a younger guy.”

The dark path she took led to several arrests and prison time. She tried several times to get sober, but one of her challenges was finding a proper treatment facility.

“It’s very hard and very limited, especially for women and especially in this area,” Pressley said. “There are hardly any opportunities.”

Bridge to Recovery is located in a rural part of Union County. The executive director, Lew Davis, says it is the only therapeutic inpatient treatment center in the county.

“We probably have to turn away six or eight people a day,” Davis said. “We try to get them phone numbers for other facilities, but I tell them the truth that those places are probably filled also.”

It’s why he is excited that the center recently received grant money to built two new buildings and add 24 more beds.

“Our mission has always been affordable or free care to the community, so we are desperately trying to hold onto that,” Davis said.

Davis said it costs about $2,500 a month per patient. Their facility is in such high demand because they cover the full cost of about 50% of their patients, thanks to donations and funding.

Pressley says this treatment center was her saving grace. But she worries there are still a lot of people in need, and 24 additional beds will only go so far.

“My prayer is that people can have the opportunity to have help like I did, because that has changed my life,” Pressley said.

Davis said while they have received money to build the additional beds, they still need more funding for operation costs. This includes hiring more licensed therapy workers. The grant money was provided through the State Capital and Infrastructure Fund in the recent state budget.