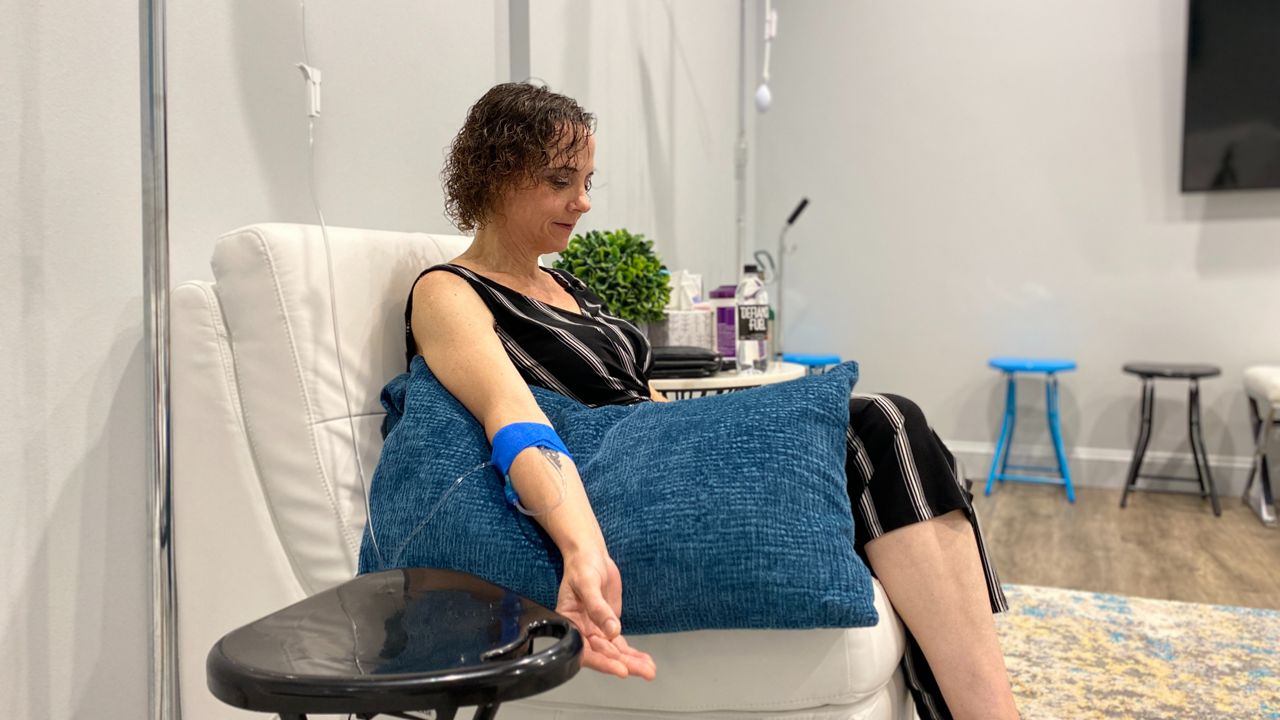 CHARLOTTE, N.C. — IV hydration has gained a lot of popularity across North Carolina.

A registered nurse administers fluids such as vitamins, electrolytes, and amino acids intravenously

While the treatment can help some patients, doctors say it’s an elective therapy, not a needed one

Michelle Vick says a granola bar is all it takes to fill her up. She used to weigh nearly 300 pounds and had gastric bypass surgery to shrink her stomach.

“Being pre-diabetic with hypothyroidism, it controlled me,” Vick said. “Then, I got into body image issues.”

She is finally at a place where she loves her body, but after surgery, she noticed it was hard to drink enough water. She often had to choose between eating or drinking. Food was usually the winner, but her lack of water caused some serious health issues.

“I was going to the chiropractor and my legs were contracting, they were twitching,” Vick said. “I asked him if he knew what was going on, and he said it was a dehydration issue.”

Her chiropractor recommended she try a therapy known as IV hydration. A registered nurse administers fluids such as vitamins, electrolytes and amino acids intravenously. Vick says she usually goes every two weeks.

“The best way to describe is, it’s like when you don’t get enough sleep and you wake up and you have that big cup of coffee, it’s like that for days after,” Vick said.

“A lot of us do have issues where we don’t hydrate adequately for the amount of activity we do,” Fishel said. “It can help people to stay hydrated or otherwise may not be, whether they have been out partying or running a marathon.”

But he says it’s not for everybody, and patients should consult their family physician before trying it.

“I would relate it to getting cosmetic or dermatology work where it is clearly an elective,” Fishel said. “It’s something that you can choose to do, but unless there are certain medical conditions you have it’s not necessary for somebody to get it.”

Fluids through an IV must be administered by a registered nurse. Vick says one of the reasons she chose Hydrate Medical is because several of the nurses formerly worked in an emergency room.

“They were very knowledgeable on how to get me back on track with hydration,” Vick said. “My uterus would get bloated, and I could only handle half a bag at first. They helped me slowly increase to a full bag.”

Vick says she doesn’t think the therapy is for everyone but believes a big part of the population could benefit from it.

Fishel says there are certain people who should not get IV hydration fluids. Those include anyone with kidney disease, heart disease or liver disease. He says for those patients the large combination of IV fluids would be processed incorrectly due to these conditions.