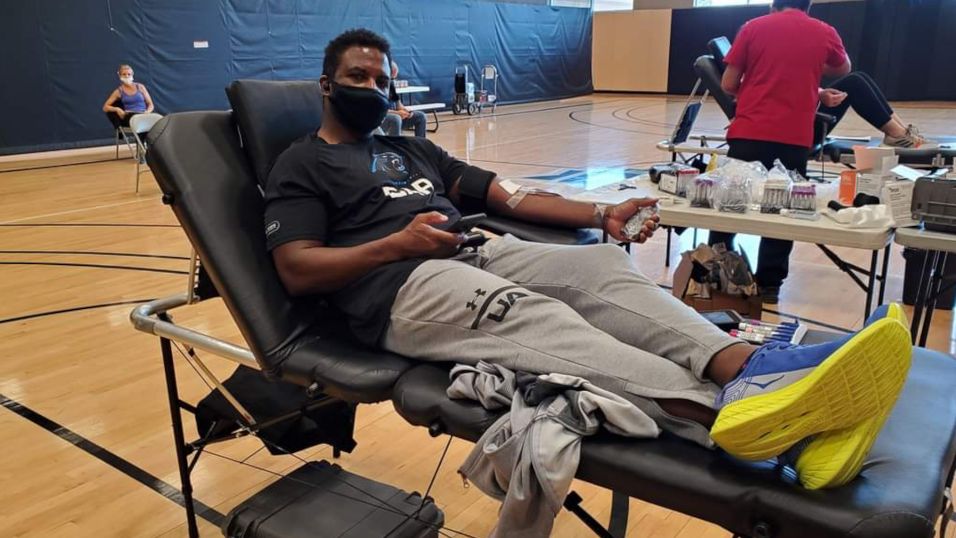 The importance of donating blood in the Black community

Less than 3% of blood donors are Black, according to the American Red Cross

Most people know Jarrod Benton as their coach and voice of encouragement. He is a cycling instructor at Life Time in Charlotte. But when he is not at the gym, Benton helps others in a much bigger way. Every few months, he donates blood. He is type O-negative which is a universal blood type. Most people can receive his blood.

“Donating makes me happy,” Benton says. “It is satisfying to me knowing that I am giving something to somebody to assist them in living or save their lives. At the end of the day that is all that matters.”

Benton is one of 3% of people in the Black community who donate blood. He believes this is because some of his peers don’t see who it directly helps.

“There is a fear and hesitancy,” Benton says. “They feel my blood might not be good enough or they might be afraid of needles.”

But he says there are people anxiously waiting on the other side. Quiana Banks is one of those patients. She has sickle cell disease and needs blood exchanges every month.

“My red blood cells lack oxygen and iron and don’t supply those things to our body,” Banks says. “They pull out bad blood from me and push in the good blood, the donated blood.”

Without the blood exchange she could experience organ damage, severe pain and even death.

“I remember before I got into my healing I was in the hospital once a month for an entire year and a half,” Banks says.

According to the CDC, sickle cell disease is most common among those with African descent. About 1 in every 13 African-American babies are born with a sickle cell gene. Banks says blood donations are a lifeline for her.

Benton says it's a few hours of your time that can make a huge difference.

“Don’t fear it,” Benton says. “You are going to be helping somebody and saving a life. More importantly, one day, you might be saving your own life.”

Those interested in donating blood can sign up for an appointment online. The American Red Cross has locations across the state.