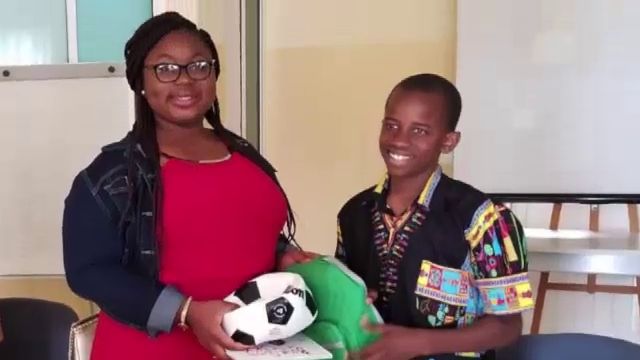 CHARLOTTE, N.C. -- There’s sort of an organized chaos behind morning school drop-offs. But one thing you can always count on is for students to have on a backpack.

On this day, however, students are feeling empty at Winget Park Elementary School in Charlotte. It’s No Backpack Day.

“I saw how the kids would walk to school and would struggle carrying their backpacks or their school supplies in their hands or in a plastic bag,” said Carolina International School tenth grader, Mongai Fankam.

Fankam was just 3 years old when she first visited Cameroon in Africa, where her mother is from. What disturbed Mongai was how kids didn’t have what Americans took for granted.

So at just 8 years old, she convinced her principal to let her start a day where students would leave their backpacks at home. Instead, students bring in supplies and extra backpacks to donate to kids in parts of Africa.

“All the kids are the same just like here. They're smart, they're intelligent. It's just that they might not be as privileged as some of the kids here,” Mongai said.

She’s also written to many leaders in Africa who have come to North Carolina to support the No Backpack Day.

Mongai may be young but that doesn’t mean it’s just her future that looks bright. This Everyday Hero is already changing the world.

Learn more about the initiative at NoBackpackDay.org.