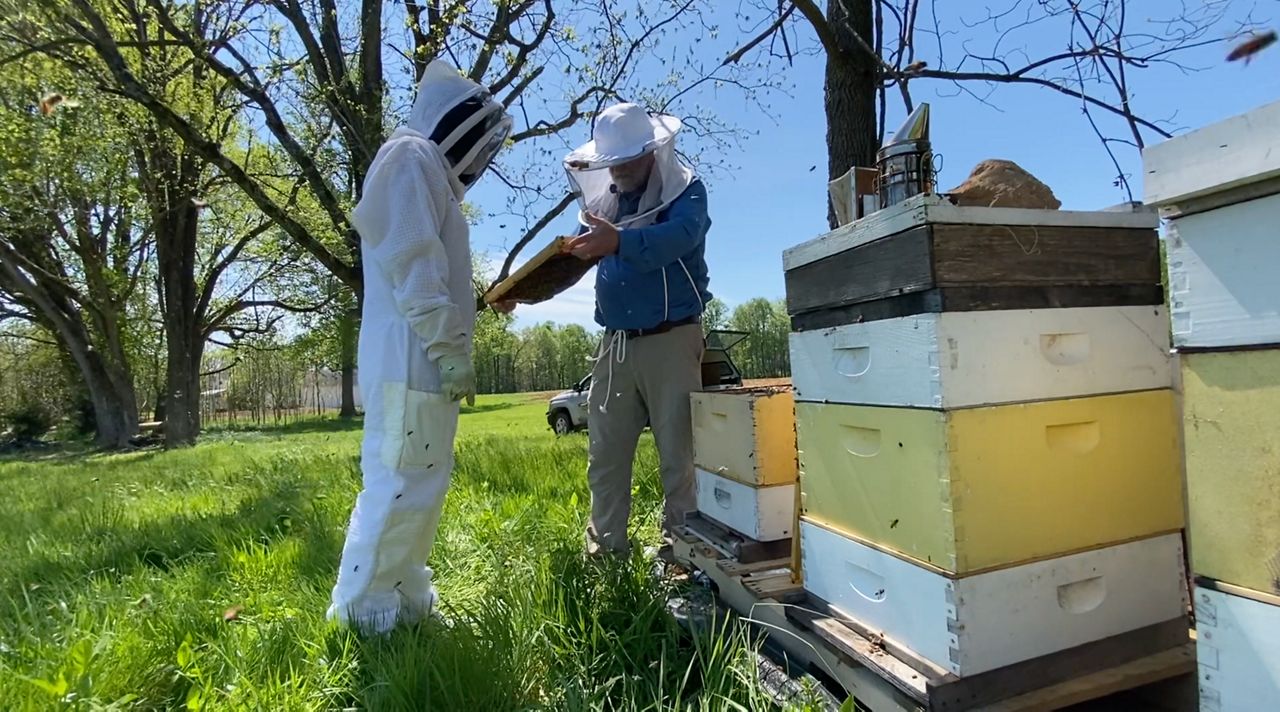 Honeybees are battling their own pandemic

HILLSBOROUGH, N.C. — World Bee Day is celebrated each year on May 20.

On this day, Anton Janša, the pioneer of beekeeping, was born in 1734. The purpose of the international day is to acknowledge the role of bees in our ecosystem.

Unfortunately though, there is a growing threat to honeybees.

According to GreenPeace, bees are dying from a variety of factors, including pesticides, drought, habitat destruction, nutrition deficit, air pollution and climate change.

One of the biggest risks to bees though is the Varroa mite, a parasite that attacks and feeds on honeybees. The Varroa mite transmits viruses, such as the acute bee paralysis virus and the deformed wing virus, which can be detrimental to a hive.

The Varroa mite first originated in Asia over a hundred years ago but made its way to the U.S. in the 1980s and has since devastated bee populations. 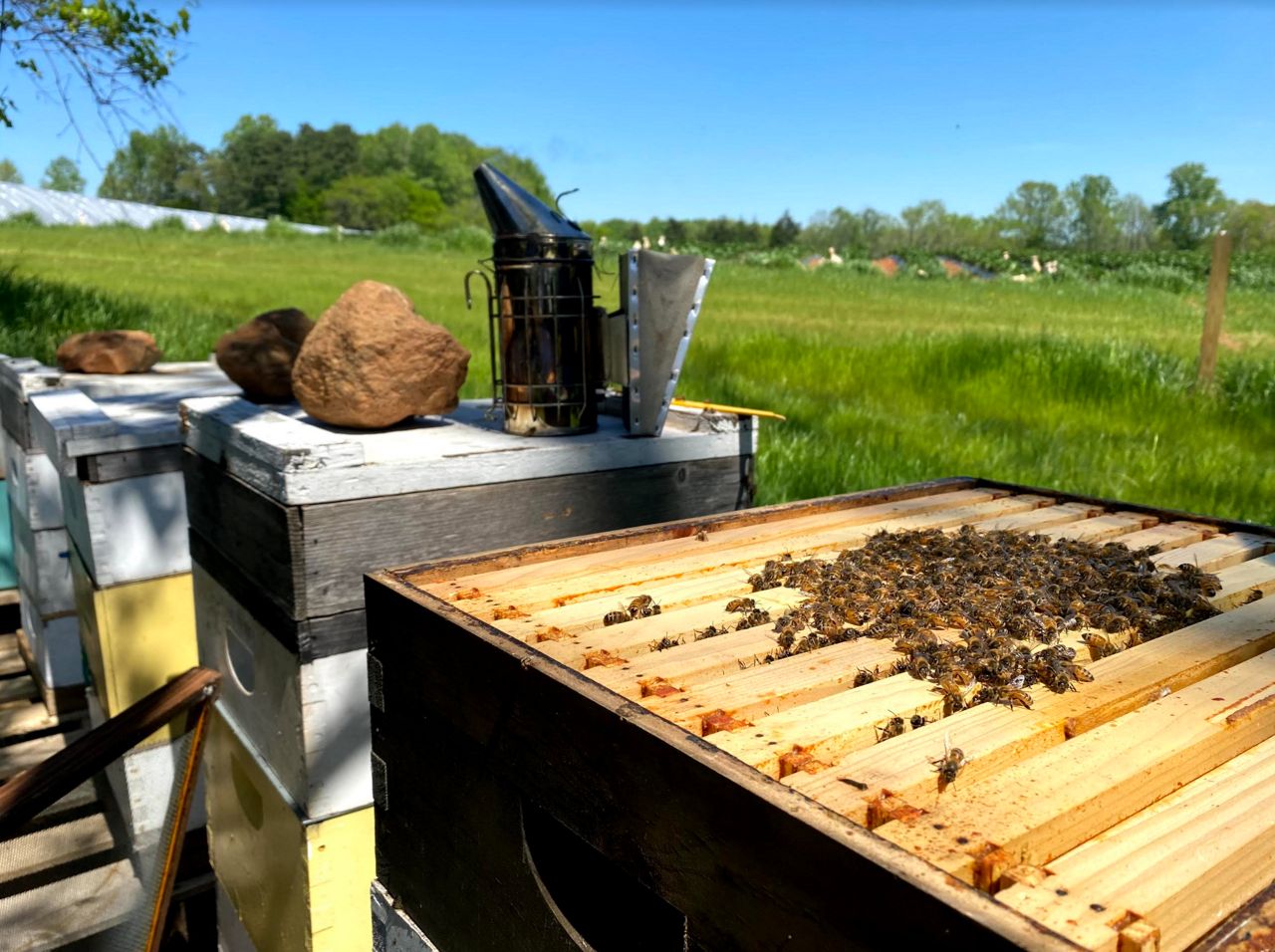 “It's a constant challenge. We do brood breaks and different things to help control the Varroa mites. A lot of money is spent every day looking for a solution to kill a bug on a bug,” said beekeeper David Bailey, who runs Bailey Bee Supply in Hillsborough.

Bees are essential to our planet as they are responsible for 80% of the world’s pollination.

“I tell people, anything that tastes good is pollinated by a honeybee,” Bailey said.

While managing Varroa mites can be a challenge, Bailey says it is all worth it, and he hopes more people will pick up the art of beekeeping.

“It's very important. I love teaching people about beekeeping. If we can educate beekeepers to treat for mites and get their bees through the winter, we keep the population at a good number,” Bailey said.