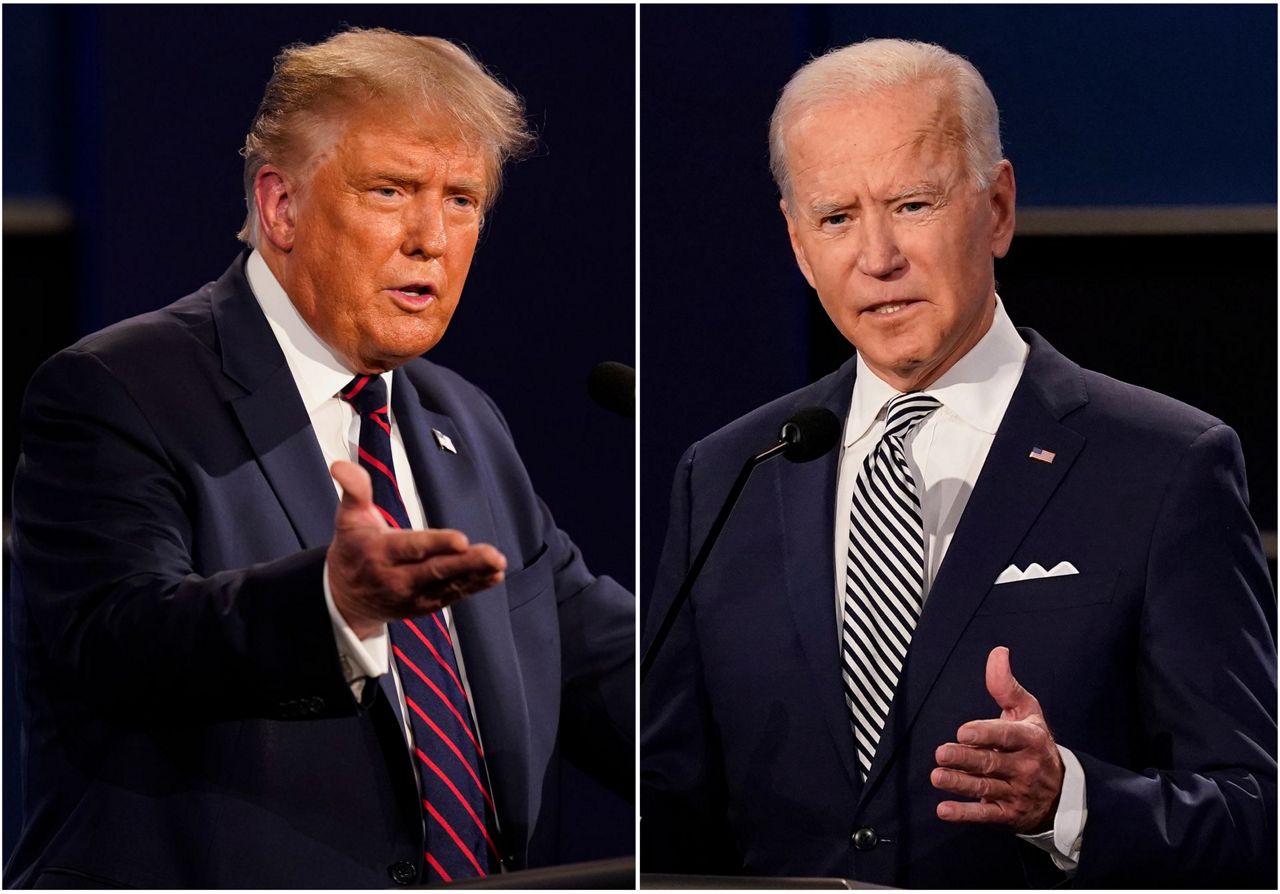 Final debate could thrust foreign policy back into campaign

As Joe Biden hopscotched through Iowa and New Hampshire in late 2019, he also name-dropped his way across the globe.

Behind the braggadocio was something Biden saw as a chief selling point for his third White House bid: His decades as a leading senator and two-term vice president make him “ready on day one” to restore a world order he believes President Donald Trump has destabilized.

Biden's foreign policy credentials have largely been overshadowed by questions about how he would lead the U.S. through the worst pandemic in a century. But the issue could reemerge Thursday as Trump and Biden take the stage for a final debate, with a topic list including national security.

Both campaigns believe their competing approaches — Trump’s “America First” doctrine that he says ended an era of other nations taking advantage of the United States; Biden's pledge to reinvigorate a network of Western democracies — can sway voters.

“The 800-pound gorilla that will be making its presence felt on Jan. 21 is still going to be COVID-19,” said Tony Blinken, Biden's top foreign policy adviser, describing the pandemic as “the first big national security challenge” that would require Biden to make good on his promise of better coordination among the U.S. and its allies.

But, Blinken said, “The world doesn’t stop just because we have this COVID crisis. … We would have to walk and chew a lot of gum at the same time.”

Biden blisters Trump on everything from his hard-line immigration policies and dismissing the climate crisis to criticizing NATO allies and “embracing” Putin and North Korea's authoritarian leader Kim Jong Un.

Yet heading into the final debate, Trump's loudest foreign policy pitch isn't about his record. It's casting Biden as corrupt because of his son Hunter's business associations in Ukraine and China.

The president has promoted an unconfirmed New York Post report published last week that cites an email in which an official from Ukrainian gas company Burisma thanked Hunter Biden, who served on the company’s board, for arranging for him to meet Joe Biden during a 2015 visit to Washington. The Biden campaign has rejected Trump’s assertion of wrongdoing and noted that Biden’s schedule did not show a meeting with the Burisma official.

Once the chair of the Senate Foreign Relations Committee, Biden hails from the bipartisan establishment that shaped U.S. international policy from World War II's end until Trump's election.

Biden sees the international order established over that span — NATO, the United Nations, the World Health Organization, the World Trade Organization – as anchoring global stability, with the U.S. leading as the world’s democratic superpower, rivaled only by one-party China.

Trump eschews those institutions and their multilateral efforts. He’s withdrawn the U.S. from the World Health Organization, the Paris accords to reduce carbon pollution worldwide and a multinational deal that limited Iran’s nuclear program. He’s pledged to withdraw thousands of troops from Germany, a notable retreat from the post-WWII framework.

To Biden, those moves invite Russian aggression in Europe and an unchecked Beijing.

Trump undoubtedly has been an international force. His NAFTA overhaul drew bipartisan support on Capitol Hill. The latest Middle East deal is a historic step, though it doesn’t address the region’s biggest unresolved matters: the Syrian civil war, Iran’s nuclear ambitions and the land dispute between Israel and the Palestinians.

He'd recommit to the Paris accords while rejoining WHO and restoring its U.S. financial support. He's pledged to reverse Trump’s executive actions limiting travel from certain Muslim nations and curtailing the U.S. asylum program for refugees.

He’d restore foreign aid programs to other Western Hemisphere nations, especially in Central America, where economic and political instability drive migration patterns to the U.S. Aides said Biden would likely halt troop reductions in Europe, believing those postings are fundamental to the U.S. commitment to NATO and containment of Russian ambitions on the continent.

Biden also promises to confront Putin, whom he describes as a “thug,” over interference in U.S. elections via social media and other means. Trump has publicly rejected U.S. intelligence findings that Russia interfered in 2016 and is doing so again in 2020 in ways intended to help Trump.

In the Middle East, Biden has said he’d recommit to an Iran nuclear deal if Tehran would again accept inspections and halt weapons-grade nuclear activities. Biden wouldn't reverse Trump’s move of the U.S. embassy in Israel from Tel Aviv to Jerusalem, though he criticized the move as giving away leverage in the push for a two-state solution between the Palestinians and Israel. Biden has pledged to open a U.S. consulate in occupied East Jerusalem to engage with the Palestinians.

Perhaps the biggest shift under Biden would be philosophical, Blinken said, not tactical.

“Our friends know that Joe Biden knows who they are. So do our adversaries," he said. "That difference would be felt on day one.”