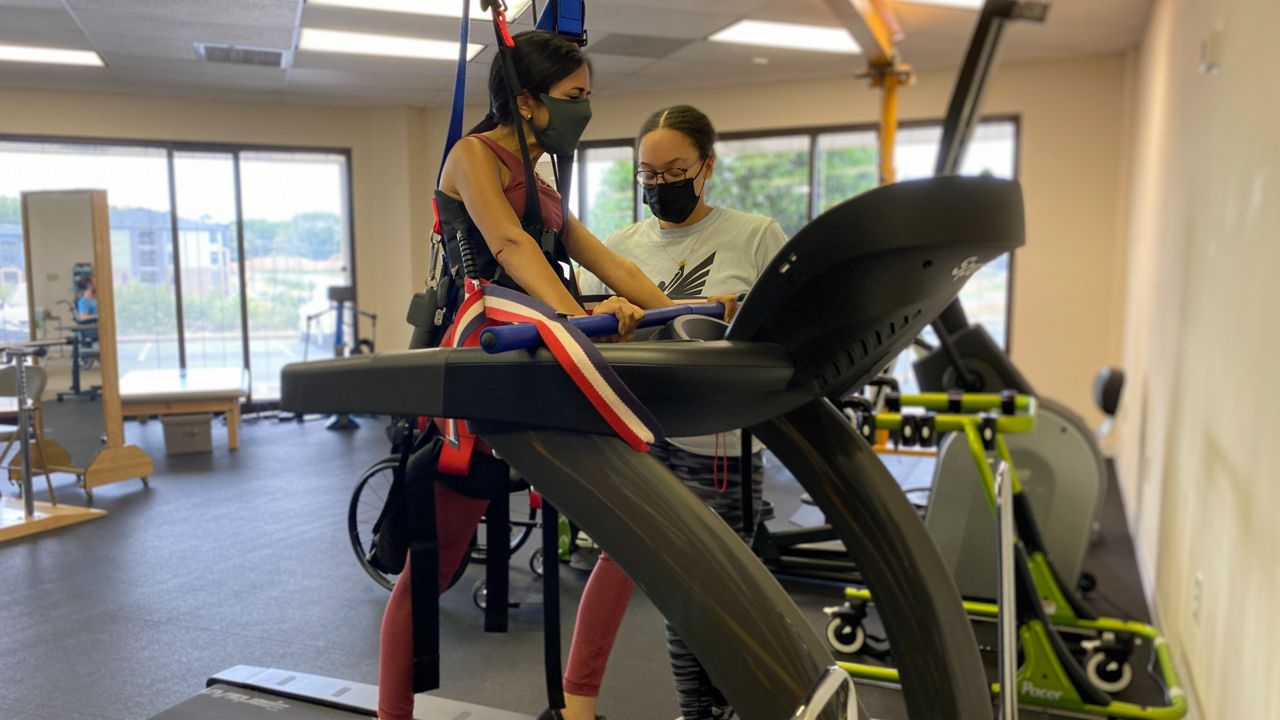 CHARLOTTE, N.C. — A medical student’s career path was cut short after she experienced a stroke. Now she is helping others battling similar challenges.


Once a week, Harshada Rajani takes exercise therapy. It helps her muscles regain their strength and push to new limits. She had a stroke 13 years ago that forever changed her life.

“This was a poster my friend made,” Rajani said. “It was before my stroke.”

Rajani has posters filled with pictures from her teenage years, displayed in a college. She received a full ride scholarship at Duke University where she earned her bachelor’s degree. Post graduation, she was one of a few students accepted into Duke University School of Medical. She had dreams of being a pediatrician.

“She was always a leader in school and was class president,” Rajani’s mom said. “She was also captain of the tennis team. She was involved in a lot of clubs at school. Most people wanted her because she does the work.”

Rajani had a bright future ahead of her and a lot she hoped to accomplish. One year after starting medical school, she had a stroke that impacted her ability to control movement and speech.

“I knew something had gone wrong, and I tried to yell out for my mom, but nothing came out,” Rajani said.

The stroke left her paralyzed bilaterally from the head down. She also couldn’t speak or feed herself. But it didn’t stop her from fighting back. She wasn’t able to finish medical school, instead she found a future doing something even more empowering.

“I like sharing my experience, raising awareness and helping others,” Rajani said.

She has published around 20 articles for different media outlets, like the Huffington Post, talking about her experience. She also started a nonprofit called We Win, which helps provide funding for other patients with neurological injuries so they can attend exercise therapy sessions.

“It was so glaring how important therapy was and how underfunded it is,” Rajani said.

Rajani says therapy has helped her recovery both emotionally and physically. She hopes other patients have the same opportunity.