Dry start to 2022, as drought continues to grip Texas

With the first month of the new year starting off dry, drought conditions continue to impact the Lone Star State. 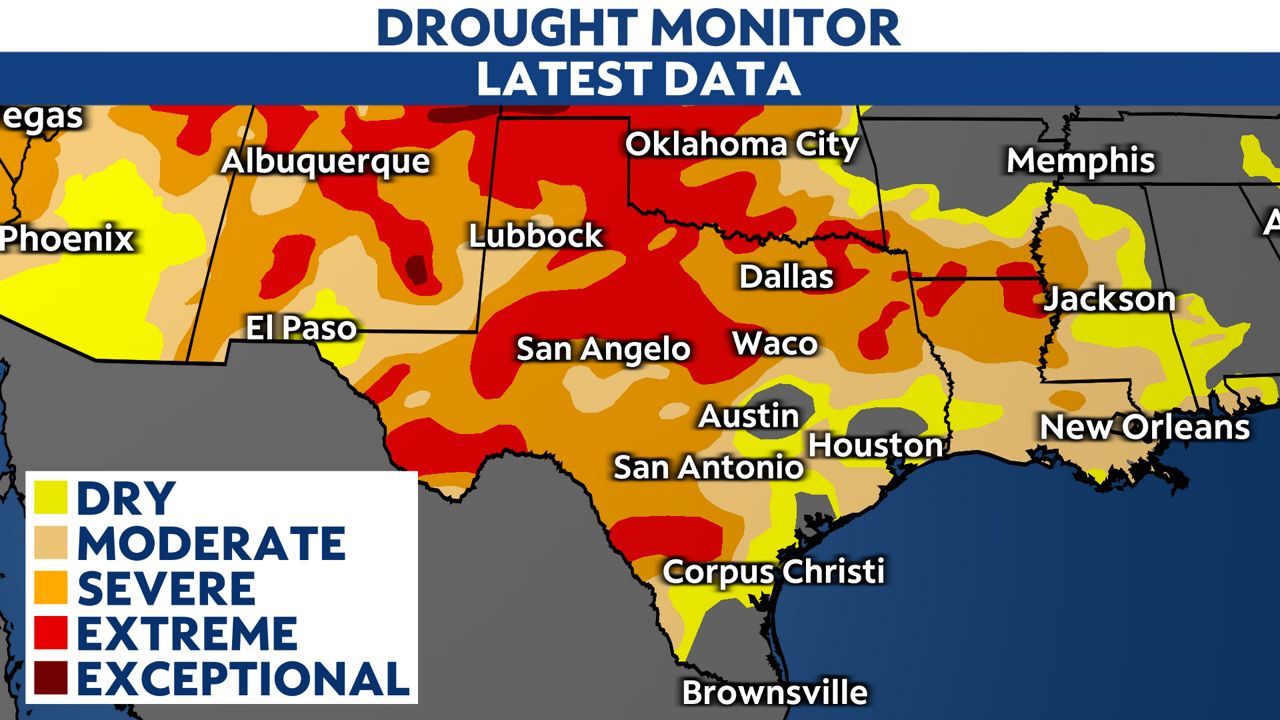 Nearly 84% of the state is now dealing with some level of drought, with 32% in extreme drought conditions (red).

Just three months ago, only 33% of the state suffered from drought conditions.

Much of the state saw below-average rainfall during the month of January.

Dallas only picked up 0.08 inches for the entire month, running a deficit of 2.45 inches.

Austin was also very dry during most of January, seeing the most significant rainfall on the very last day of the month. The 1.94 inches of rain fell on that day brought up monthly totals at Camp Mabry to 2.21 inches, but Austin still ended the month with a deficit.

Meanwhile, only 0.32 inches of rain fell for the entire month at San Antonio International Airport. That's 1.64 inches below what they typically pick up in January.

Elevated fire danger remains a concern as we head through the next several days. Today, moderate fire danger expands much of the state. 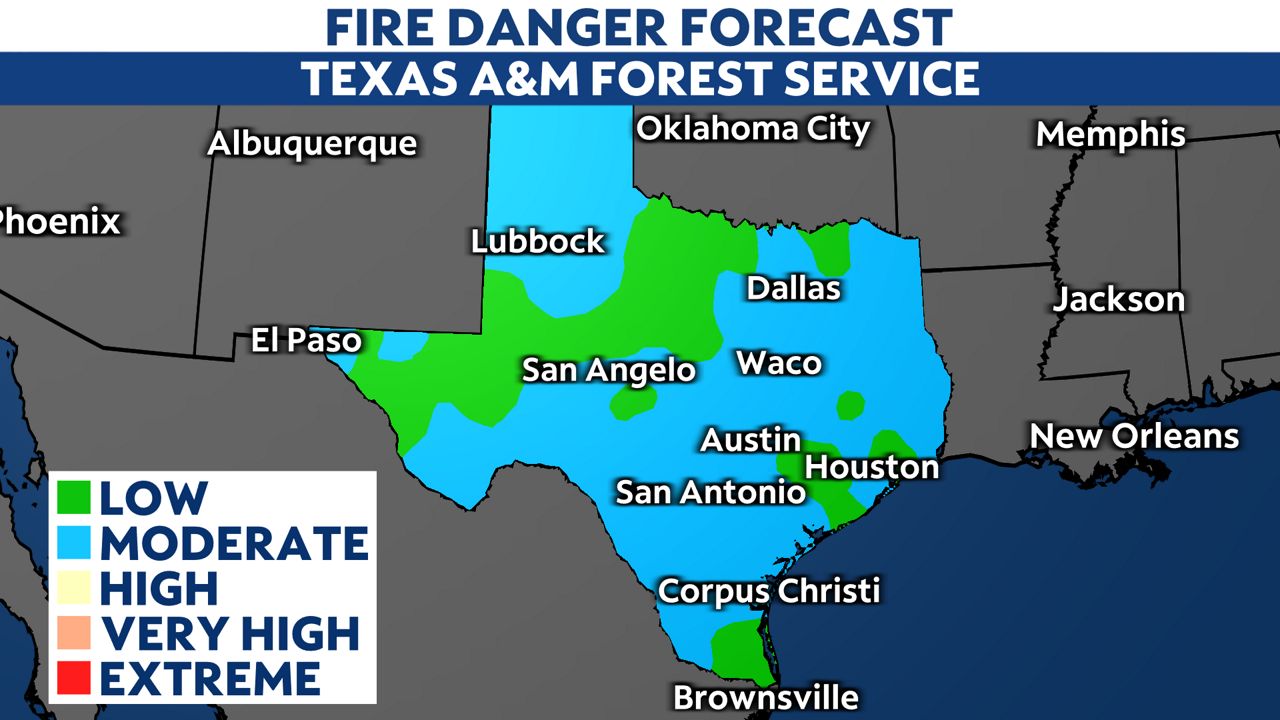 Out of 254 counties, there are 105 counties across the state under burn bans. 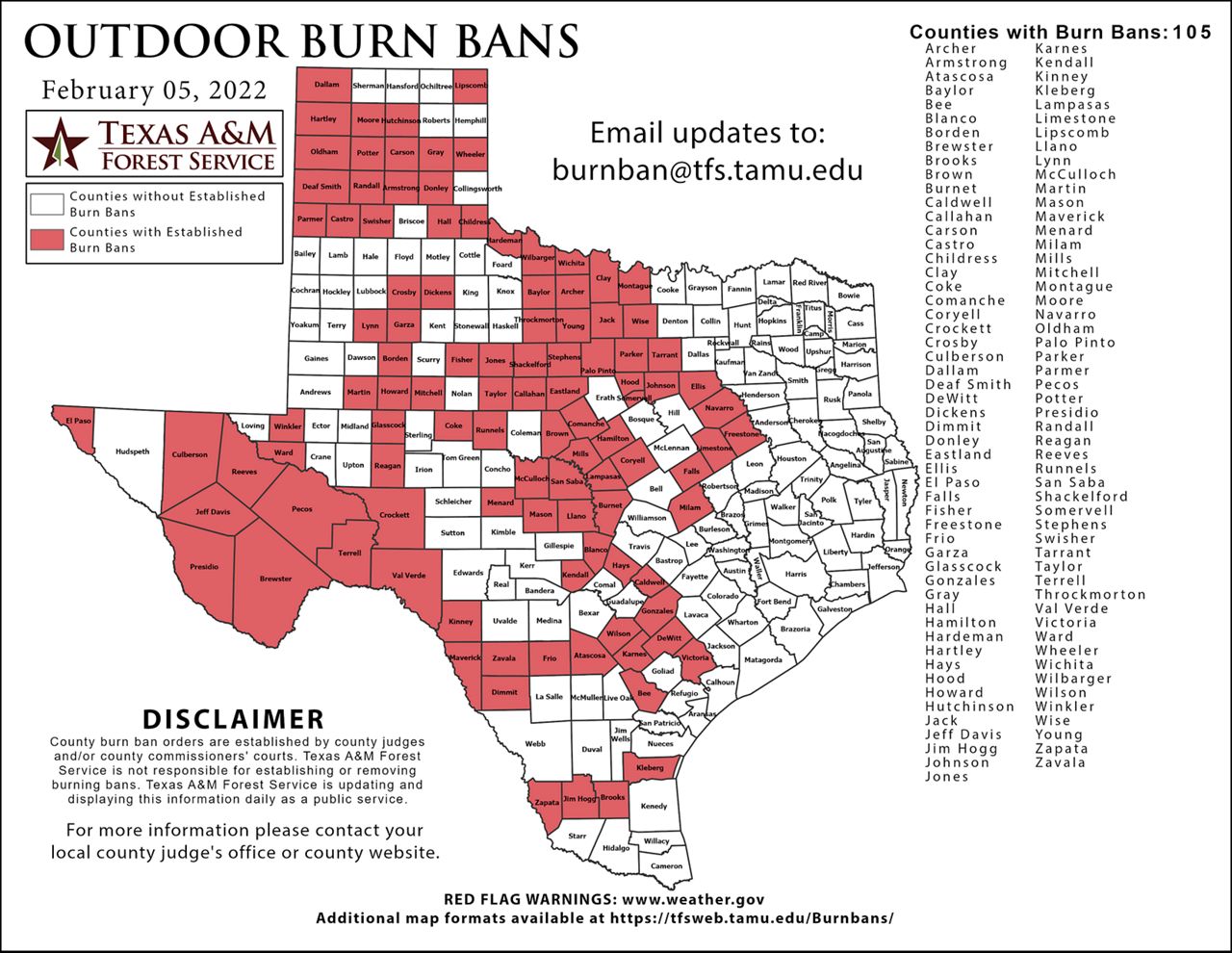 Looking ahead to next week, a series of disturbances could bring more rain to the state.

The Climate Prediction Center (CPC) is forecasting wetter than normal conditions through mid-February. 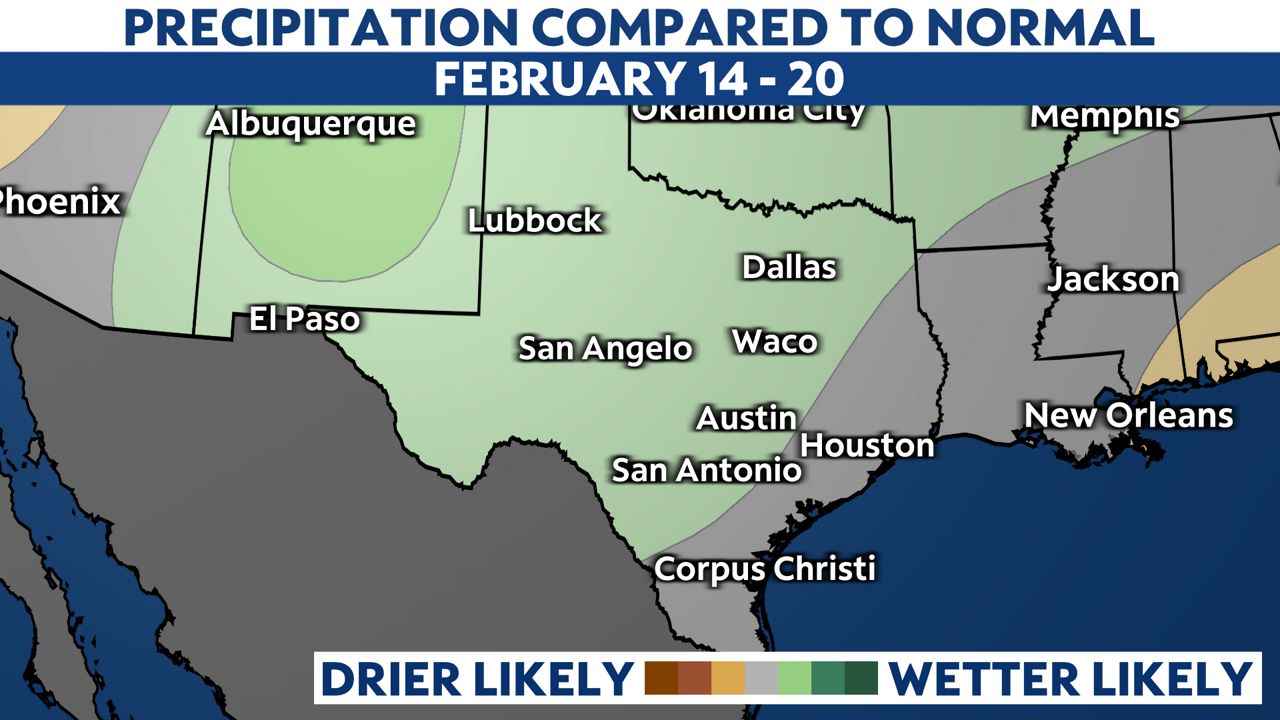