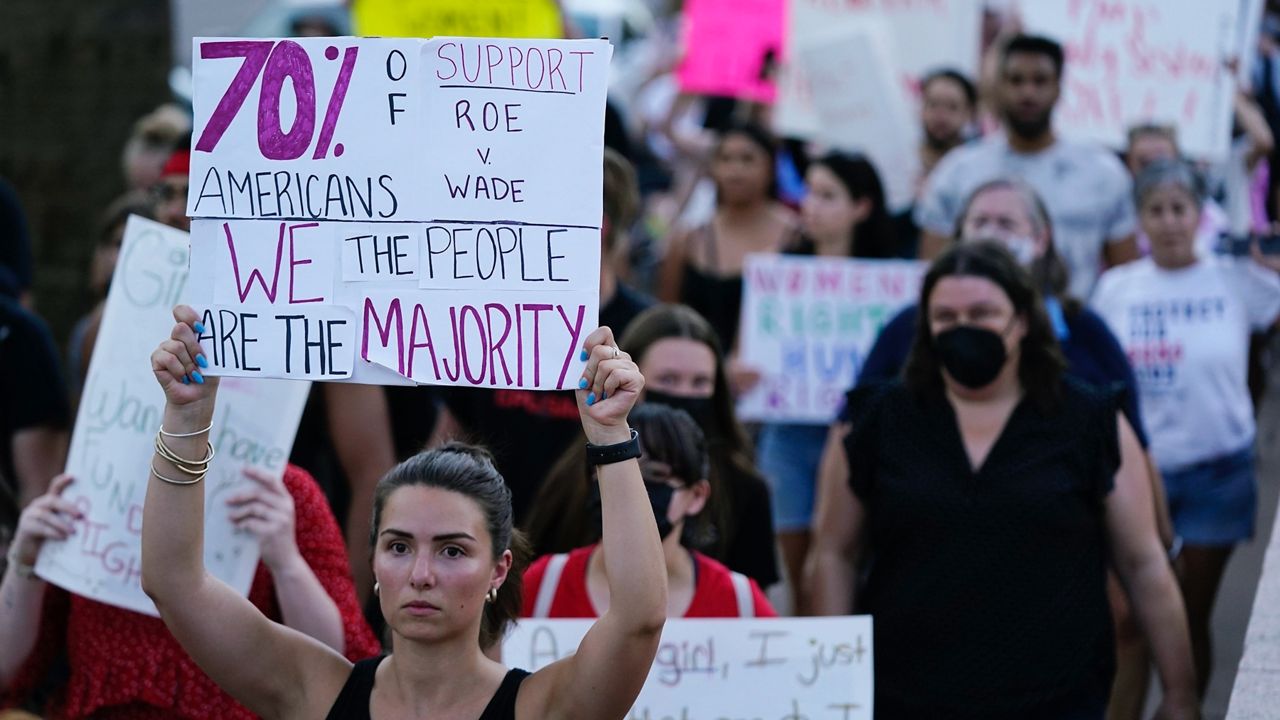 AUSTIN, Texas — Hundreds of bills are being pre-filed before the next legislative session begins in January. Not surprisingly, several deal with abortion. When the conservative-majority Supreme Court overturned Roe v. Wade this summer, a near-total abortion ban went into effect in Texas. As it stands now, abortion is only allowed when a mother’s life is threatened. The bills range from repealing the abortion ban completely to making an exception for victims of sexual assault.

“These exceptions are necessary. Asking a woman to carry a birth to the fullest extent, in a situation of rape and incest, is inhumane,” Sen. Alvarado said.

As written, the bill would not require a pregnant person to file a police report or provide forensic evidence. Alvarado said it’s because many women don’t report abuse in the first place. But since no record would be required to obtain an abortion, anti-abortion advocates see this as a way to create a loophole so any woman could have the procedure.

“Women could claim rape or assault or incest where, in fact, that has not happened. And it creates a potential loophole in an exception that we don’t support that would allow women to lie to receive abortions. We would hope that no woman would do that, but it does leave that door open,” said Amy O’Donnell, the director of communications for Texas Alliance for Life.

Seth Chandler, a law professor at the University of Houston, said this is where the legal waters get murky.

“Without any proof that the sexual assault occurred, in the sense of not having to file a police report or have a criminal prosecution for the assault, again, I suspect that pro-life forces are going to object to that on grounds that basically all that has to happen is for the woman to allege that the sex was nonconsensual and therefore constitutes an assault,” Chandler said. “And so I think when people get down to the nuts and bolts of trying to define these exceptions, there’s going to be quite a battle.”

Last year when Texas Gov. Greg Abbott was asked about an exception to the abortion law for rape and incest, he said, “Texas will work tirelessly to make sure we eliminate all rapists from the streets of Texas, by aggressively going out and arresting them, prosecuting them and getting them off the streets.”

That, of course, is impossible to do.

There are several other pre-filed bills related to abortion. House Bill 61 would make it illegal for a government entity to provide any logistical or financial support to a woman seeking an abortion. Senate Bill 123 would allow abortions if a pregnant patient’s physical or mental health is at risk. Senate Bill 78 would allow a physician to prescribe a woman an abortion-inducing drug up to 70 days of gestation. And the big one: Senate Bill 227 seeks to repeal the abortion ban all together.

Chandler said that some of the exceptions are quite broad. He pointed to Senate Bill 123 as an example.

“There might be many women who are disturbed by continuing a pregnancy. That’s the exact reason that they want to have an abortion,” Chandler said. “And so, I suspect there’s going to be a battle over the extent to which a mental health exception potentially guts the successes that pro-life forces won in the prior legislative session.”

He said it’ll be difficult to define exceptions during the next legislative session.

“The idea that we’re going to wage serious moral battles, and political battles, on the subject of abortion or who gets to drive in the HOV lane is a little bizarre, but it’s a symbolic statement that I guess these fetuses are morally equivalent to having a born passenger next to you,” Chandler said. “I sort of regard the HOV lane as somewhat of a theatrical part of abortion law, and I certainly hope the debate gets beyond who gets to drive in the HOV lane.”

When the abortion clinic Whole Woman’s Health had to close its doors earlier this year, the founder said it was devastating. She thinks Senate Bill 122 could be a step in the right direction if it passes, but she said it doesn’t solve the problem.

“No matter the reason that somebody ends up with an unplanned pregnancy, they should deserve access to safe and legal abortion. I don’t think that there’s no one kind of reason somebody needs an abortion that should outrank another,” said Amy Hagstrom Miller, the founder of Whole Woman’s Health.

Now Whole Woman’s Health is seeing patients from Texas at its clinics in New Mexico, Illinois and Minnesota.

“I think it’s important for people to understand that we can all support people to get abortions where they are still legal,” Hagstrom Miller said. “But it’s not going to meet the need of all the people who’ve been displaced by these restrictions. And that’s tough. That’s tough to just navigate every day knowing that you can’t help as many people as we used to be able to.”

“We believe that it’s wrong to discriminate against anyone based on how they came into being. And even with that beginning story, that child is still deserving of life, and so we will not support that,” O’Donnell said.

Even though most abortions are illegal in Texas, Hagstrom Miller stressed that there’s still a big need for it.

“Just because you ban abortion, it doesn’t change the need for abortion,” she said. “An abortion ban doesn’t prevent people from still needing abortions in the state of Texas. It just prevents people from getting that care from trained medical professionals. And I think that’s what we have to remember as we try to assist people in our communities that really need access to the safe, essential medical care that is abortion.”

Some Republicans have said there might need to be an exception to the abortion law for sexual assault, but it’s unlikely that abortion will become legal again next year.