Study ranks Texas No. 5 in list of top states for business

TEXAS — CNBC has ranked Texas at No. 5 on its "America's Top States for Business 2022" list. That conflicts with Texas Gov. Greg Abbott's frequent social media posts claiming the state is No. 1, but a close look at the metrics used to determine the state's ranking is in order.

CNBC measured all states under 88 metrics in 10 categories. These scores determined the states’ ranking.

“Each category is weighted based on how frequently states use them as a selling point in economic development marketing materials. That way, our study ranks the states based on the attributes they use to sell themselves,” explained CNBC staff.

Texas came right up behind Colorado, with its second place ranking. While Texas has a 4.2% unemployment rate as of May 2022, Colorado is at 3.5%.

The workforce is overflowing with new bodies in Texas. “Our large, skilled, and diversified workforce is one of the big reasons why Texas is the best state for business. The robust workforce development and training resources available here are a critical factor in the high quality of life in Texas, which attracts so many new residents and businesses,” according to the Texas Economic Development Corporation.

It also helps that the state offers low taxes as an incentive.

Ranked No. 14 in this category, a CNBC data analysis deduced Texas as being the primary handler of America’s cargo.

According to the TxEDC, “The state’s infrastructure has led to it being the nation’s top exporter for 19 consecutive years; having more miles of public roads and freight rail than any other state, at 313,220 miles and 10,539 miles, respectively; and boasting the nation’s No. 1 airport for a number of domestic destinations.”

However, with power grid issues as one of the biggest problems for Texans, that has certainly dented the state’s infrastructural armor.

Texas took the No. 12 spot in terms of costs to run a business in the state.

TxEDC said, “Texas prides itself on being a right-to-work state, and will continue to make strategic investments to ensure it maintains our competitive advantage, allowing businesses to prosper and grow.”

Gross Domestic Product (GDP) said Texas, which came in at No. 8 in the category, was the ninth largest economy in the world, with a “10.1% increase in the annual rate growth of real GDP in the last quarter of 2021 — compared to the national average of 6.9% — according to data from the Bureau of Economic Analysis,” a release from TxEDC in March stated.

Out of all of Texas’ rankings, this is its lowest at No. 49. Gov. Abbott has been gearing up for November’s gubernatorial election with some heavy campaigning. And given the recent events in Texas, Abbott has made his conservative-leaning agenda items rather clear.

Although there have been back-to-back mass shootings in places of business and public discourse on better gun safety laws, most Texas Republicans have argued against it. Abbott’s gubernatorial challenger, Democrat Beto O’Rourke, called out the governor for his inaction on gun safety since the Uvalde massacre.

Also, with the latest proceedings of Roe v. Wade, Texas has, to many, taken a regressive step backwards in relation to women’s health. The overturn of Roe caused fear amongst the LGBTQ+ community, with some thinking that same-sex marriage is next on the chopping block. Given Attorney General Ken Paxton’s persistent targeting of trans youth in lawsuits aiming to incite child abuse investigations for parents who’ve provided kids with gender-affirming care, it may not be too far-fetched.

According to CNBC special correspondent Scott Cohn, Texas has the highest percentage of residents without health care, no anti-discrimination law for disabled persons and is one of the hardest states to cast a vote.

Texas takes the No. 4 ranking for this section, having established itself as a global leader in technology. A huge industrial flex for Austin, Texas, is that it's home to tech billionaire Elon Musk’s Tesla headquarters.

"More than 17,600 technology firms employ over 203,700 workers, with companies like Apple and Wipro continuing to grow every day. The long-established Texas tech sector has invented everything from the semiconductor and hand-held calculator to a billion-dollar dating app," according to TxEDC. "Texas ranks #2 in the nation for computer and video game employment, with more than 13,600 people employed directly or indirectly by the industry." 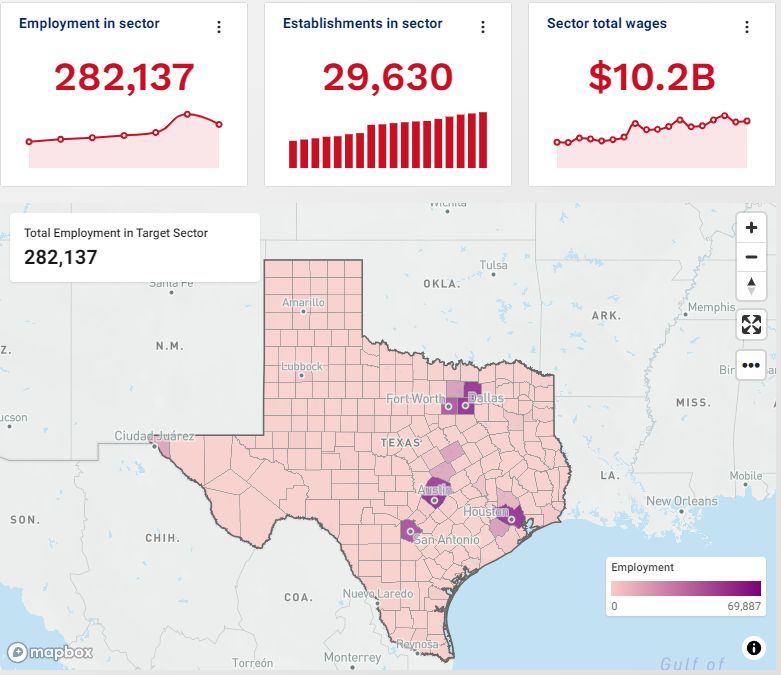 With No. 34 as its ranking, Texas has the foundation for small businesses to thrive just as much as the big players.

“Texas offers companies of all sizes and all industries one of the best business climates in the nation, with a fair, transparent tax and regulatory structure designed for businesses to succeed,” according to TxEDC.

Each score is also associated with a letter grade.