Sweltering heat tops the charts, record hottest start to May across Texas

The calendar says May, but it sure feels a lot more like July across the Lone Star State as we venture into the second weekend of an early summer heat wave.

For many of our Texas cities, it’s been the hottest start to any May on record. This includes the cities of Austin, San Antonio and Victoria.

It’s been the second hottest start to May for places like Brownsville, Laredo, and the third hottest for the Dallas-Fort Worth metroplex.

Also in the top five rankings for the hottest May 1-12 are the cities of Beaumont, Corpus Christi, Houston and El Paso.

Temperatures have been running well above-normal, most times by 8 to 12 degrees, since Friday, May 6. The heat wave shows no signs of buckling soon.

Each day next week, temperatures will rival daily high temperature records across much of the state.

By the end of next week, computer models start to disagree quite a bit about a dip in the jet stream that might swing some cooler and hopefully wetter weather towards the West Gulf Coast.

For now, confidence in this prediction is fairly low, yet we see better news from NOAA’s long-range forecast, which shows above normal rainfall possibly returning to North Texas starting next weekend. There’s an equal chance for above or below normal rainfall returning to Central and South TX in the latest 8-14 day outlook. 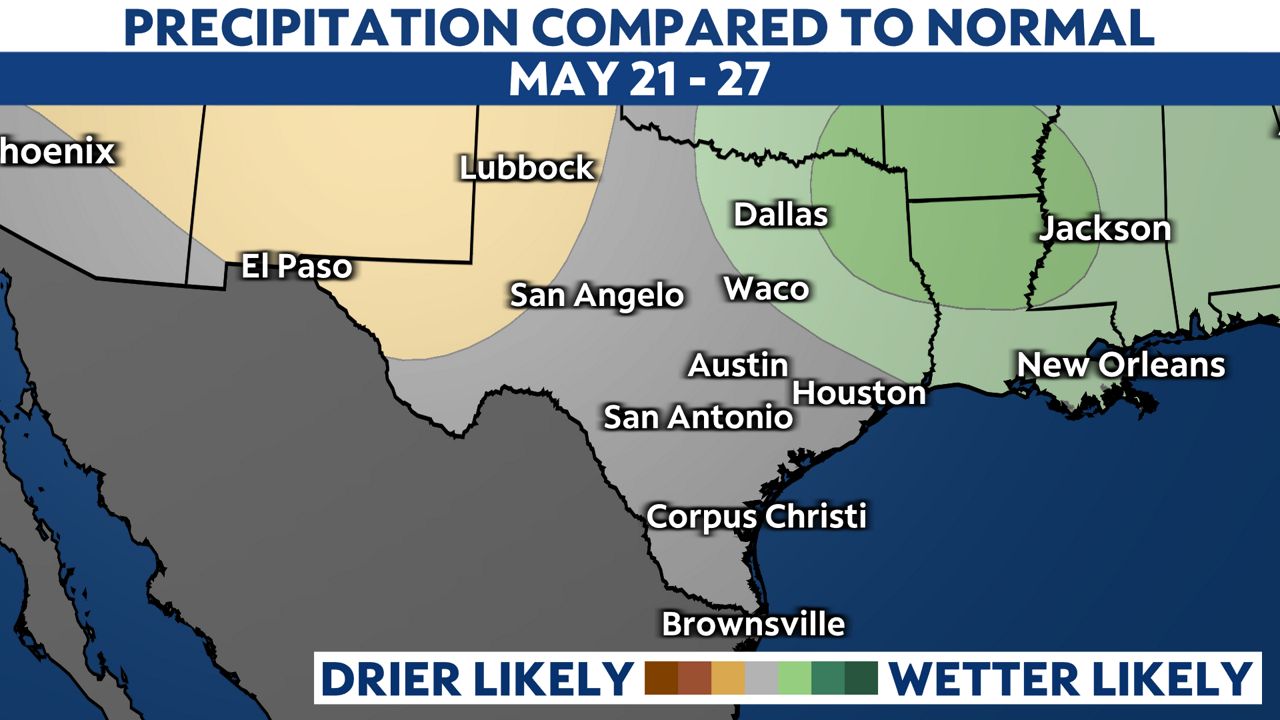