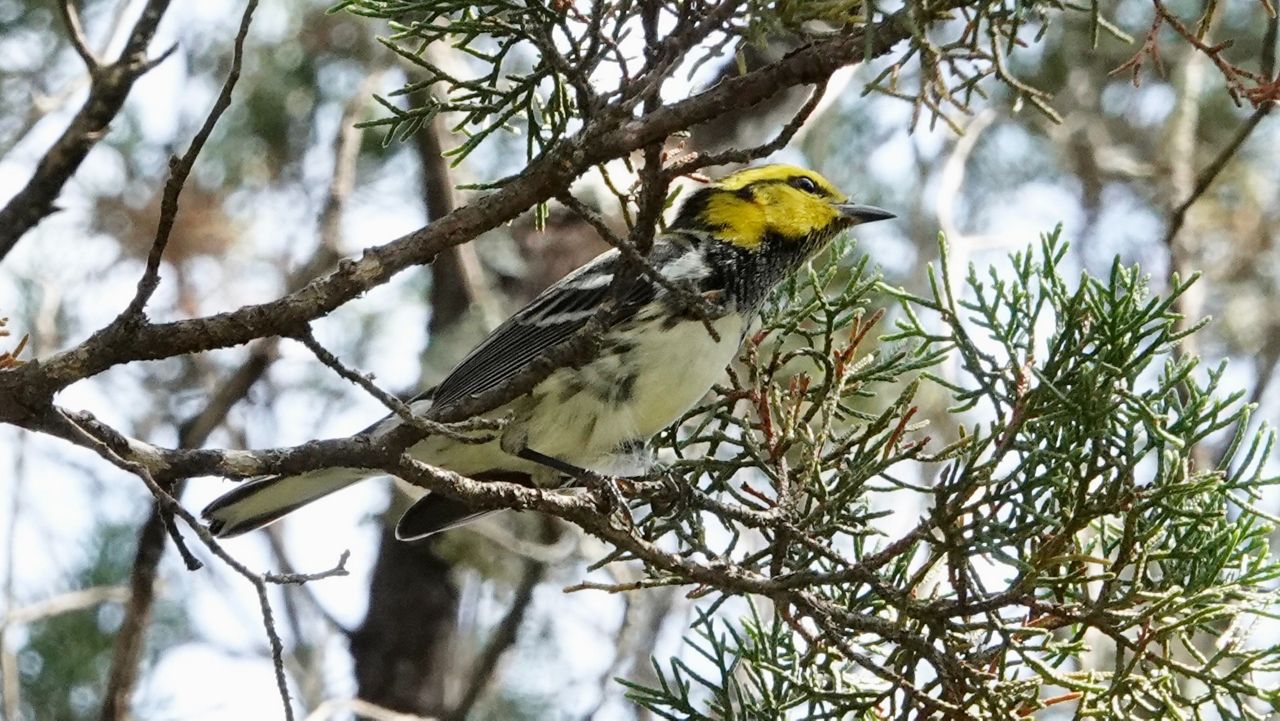 Golden-cheeked warbler flies away from Texas for now, will be back in March

TEXAS — To any birder in Texas, “La Cucaracha” is a familiar sound. Not because of the famous mariachi song, but because of the bird who sings it: the golden-cheeked warbler.

“The young learn the song from their Dad, and when they come back to Texas next year, they’ll be singing that song,” said Celeste Treadway, a board member of the Travis Audubon Society. “They actually start to learn the song when they’re still in the egg. I learned that in a birding class.”

The bird is native to Texas. It breeds here between March and July, and then flies south to Central America for the fall and winter months.

For Treadway, seeing goldies is a special treat every year.

PREVIOUS: Golden-cheeked warbler to remain in Texas until July

When I went birding with her in her backyard, we spotted one after about an hour of looking and listening.

If you missed the goldies this year, don’t fret. They’ll fly back to Texas next spring. Get your binoculars ready and keep a look out for the little yellow bird next March.