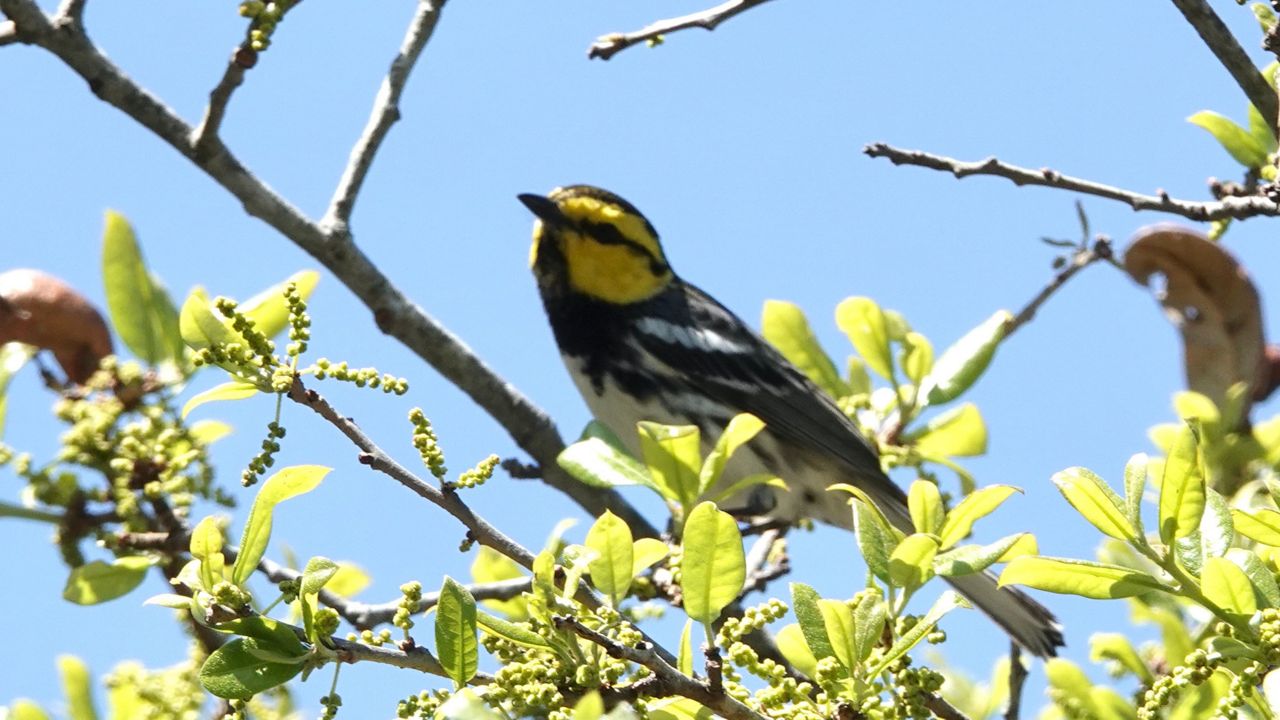 A golden-cheeked warbler appears in this image from March 29, 2021. (Courtesy: Celeste Treadway)

Golden-cheeked warbler to remain in Texas until July

TEXAS — Golden-cheeked warblers are truly native Texans. The bird breeds in one of 33 counties in Central Texas between March and July, and then spends its winters in Central America.

Goldies are the only bird in the world that breed exclusively in Texas. The bird’s A-song reminds Celeste Treadway, a board member of the Travis Audubon Society, of “La Cucaracha.” 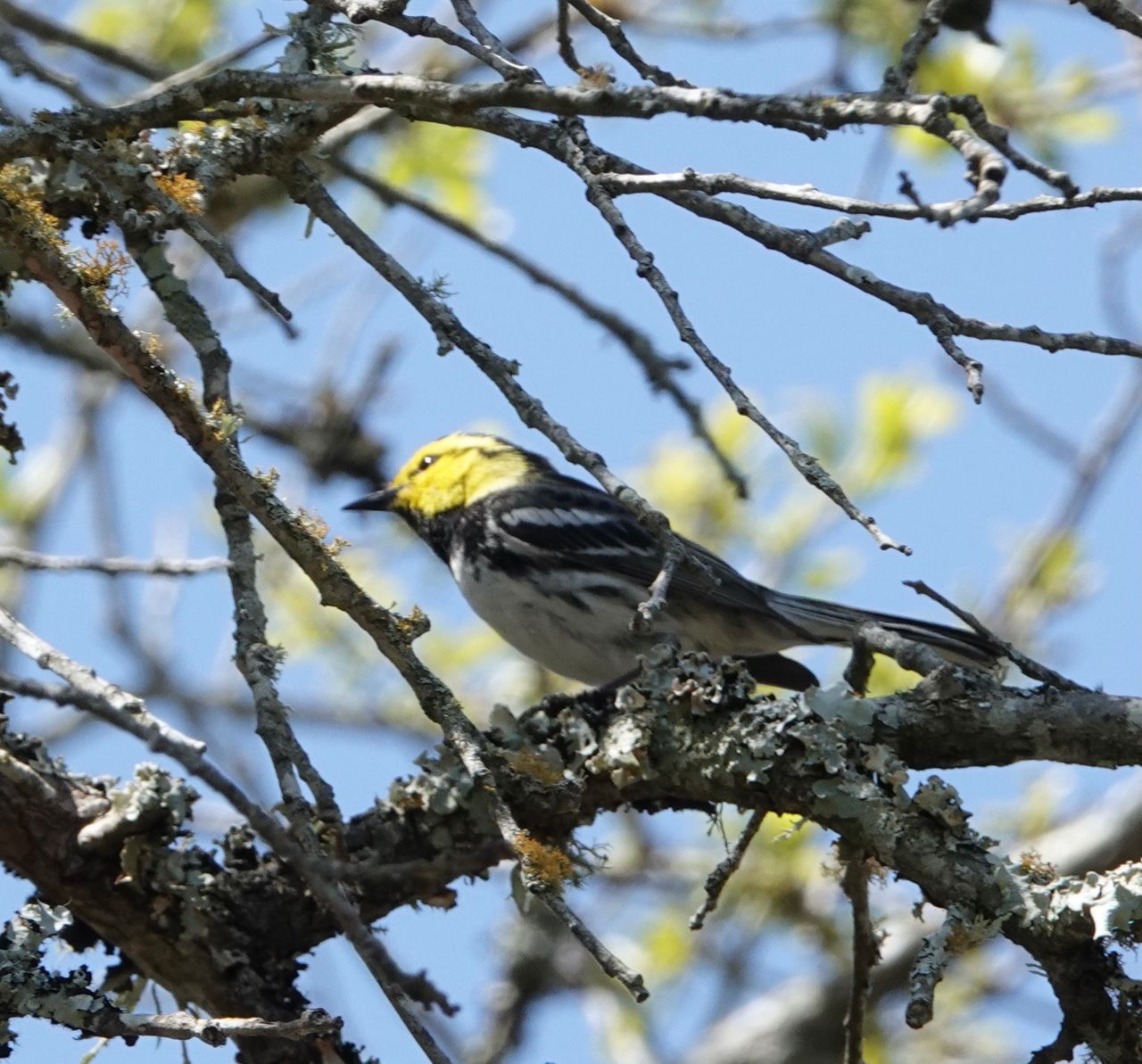 “That’s the sound of spring in Texas for me,” Treadway said. “Once I hear that, it’s like, I don’t care what the calendar says, that’s the first day of spring. The goldies are here.”

Female goldies like the ashe juniper trees in Texas.

“That’s what the female golden-cheek gathers to make her nest. She peels [off the bark], and they have to have old cedars to do that,” Treadway said.

Protecting the bird’s habitat is vital to its survival.

“[Baker Sanctuary is] part of the Balcones Canyonland Preserve, which is I think a total of about 30,000 acres that are protected under a federal management plan,” Treadway said. “It was established to protect this bird - and a half a dozen other non-bird species, some invertebrates, and other insects.” 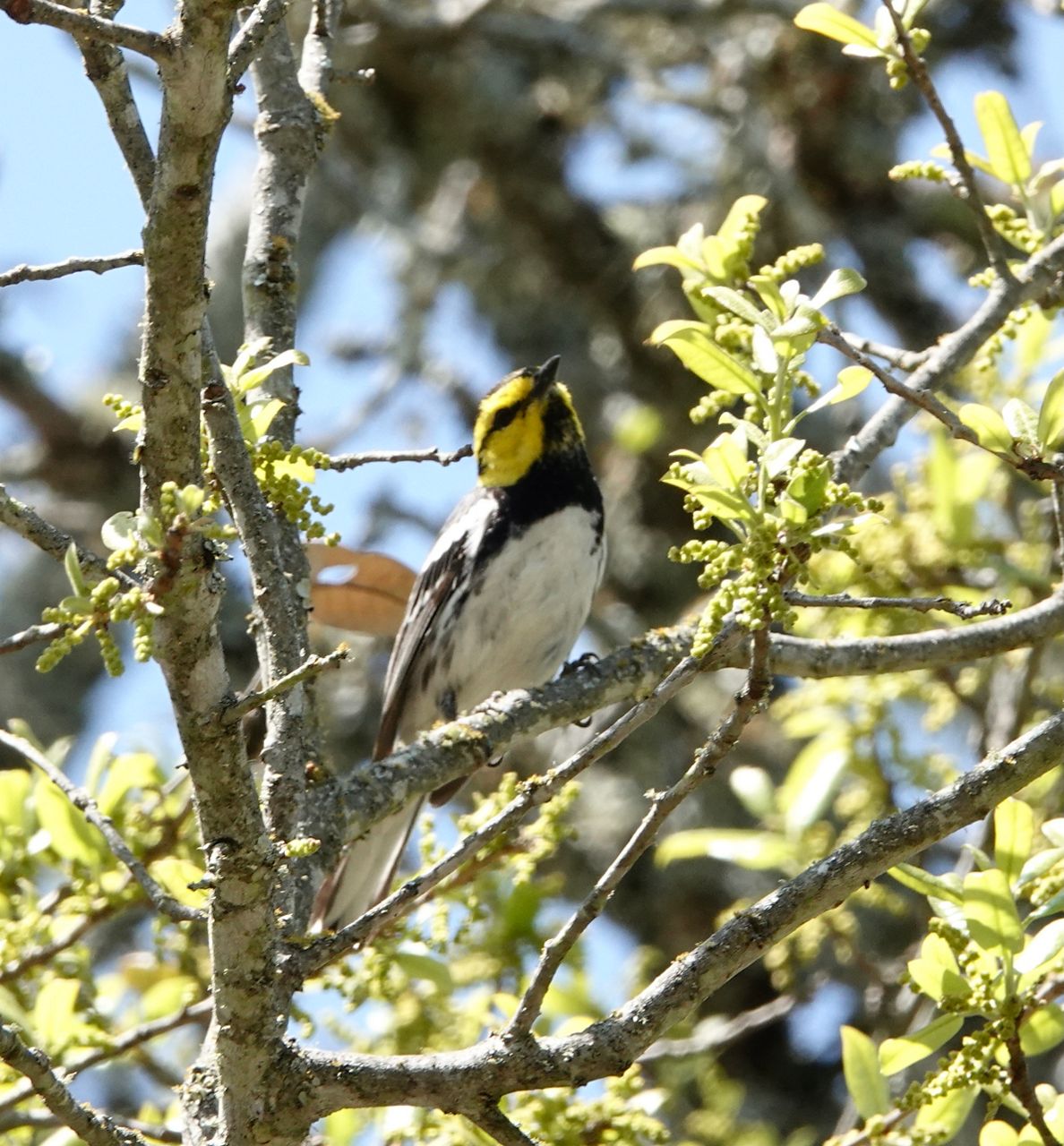 North America has lost more than one in four birds in the last 50 years, according to a study published in 2019. That means we have nearly three billion fewer birds today compared to 1970.

The golden-cheeked warbler is an endangered species.

“I think the numbers are kind of stable but not climbing in a big way, so it’s really important that we continue to protect this last remaining habitat,” Treadway said. “Like literally, there’s only 33 counties, and that land is constantly under threat.” 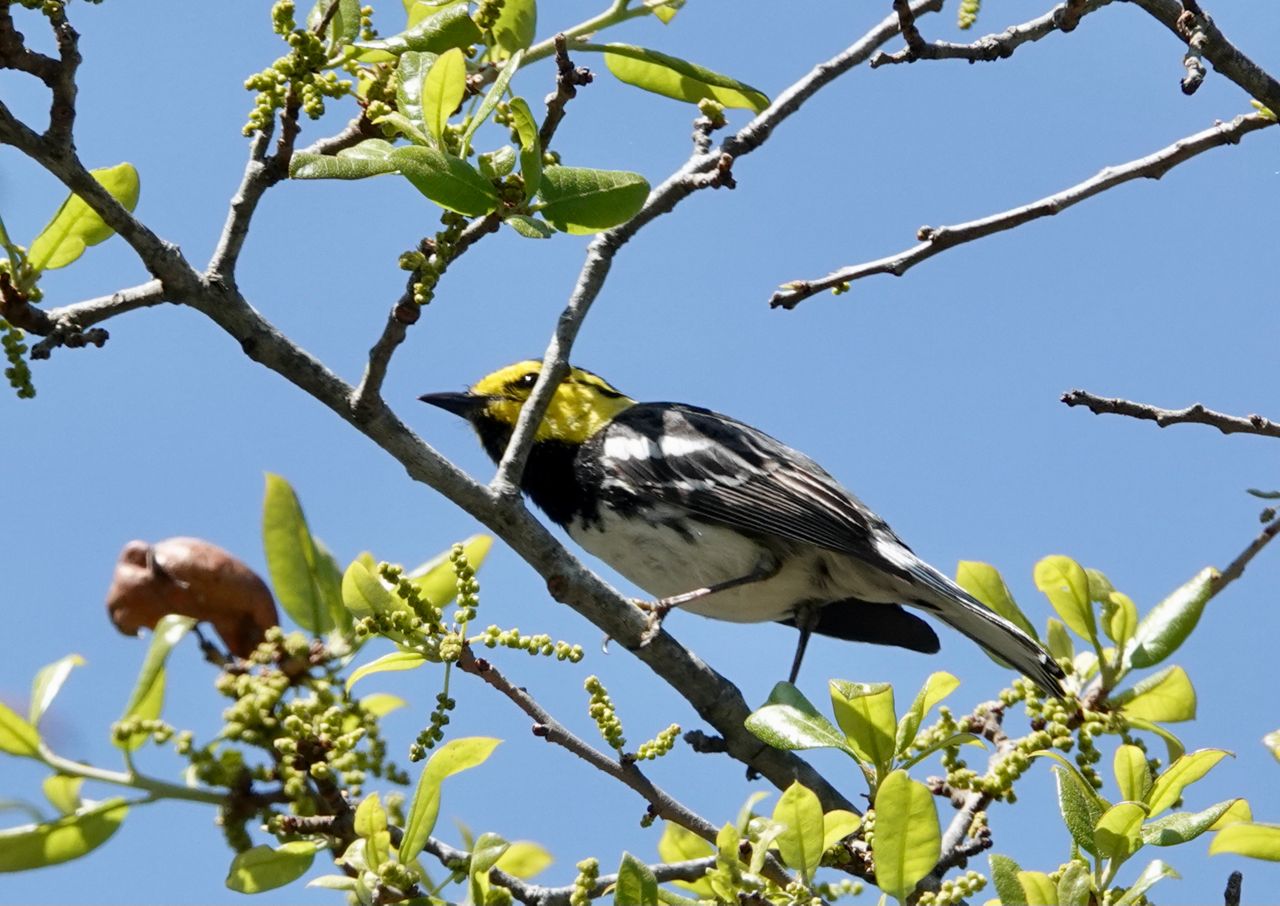 Treadway said the bird’s survival is an indicator of how well humans are doing to protect Mother Earth.

“Birds in our habitat are the canary in our coal mine,” Treadway said. “If we lose birds, it’s because we have done so much damage to our environment and our climate that they can no longer survive, and that matters to our species, right? If we’re not maintaining enough green space to allow a bird species to survive, then we’re doing damage to our own environment as well.”

Treadway said birding is an opportunity to “get quiet and just listen.” It involves walking silently, listening to bird songs, and looking through binoculars.

“[Birding is] a mental health practice for me,” Treadway said. “It forces me to stop with the hamster-wheel brain, just relax, and be completely present. If you’re watching a bird, or listening and trying to find the bird making that sound, you’re totally focused on that. Everything else goes away. Everything that happened yesterday, everything on your list of things tomorrow, it’s all gone for just that little bit of time, you know? It’s alone time, and there’s 700 acres of alone time out here. I love it.” 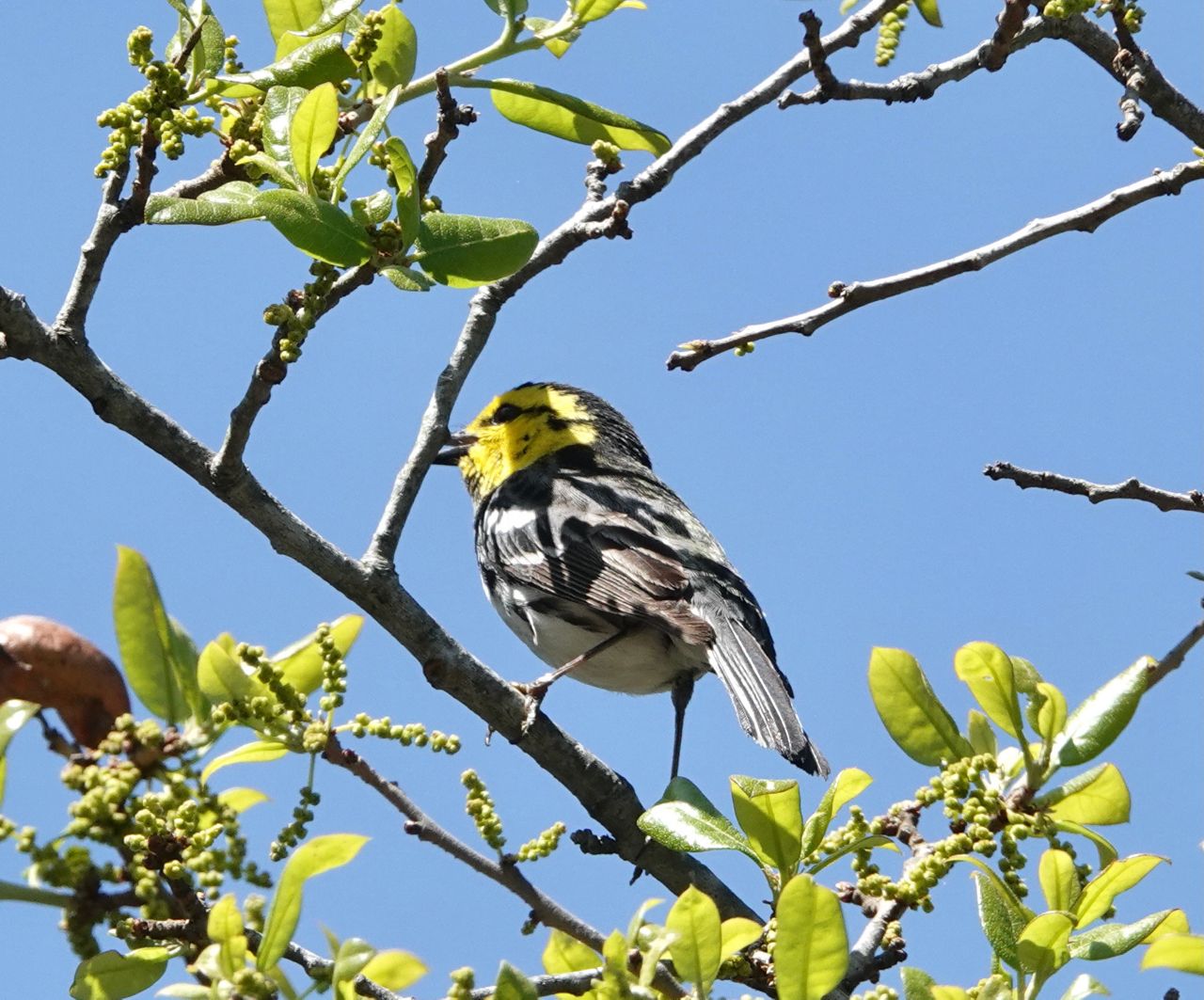