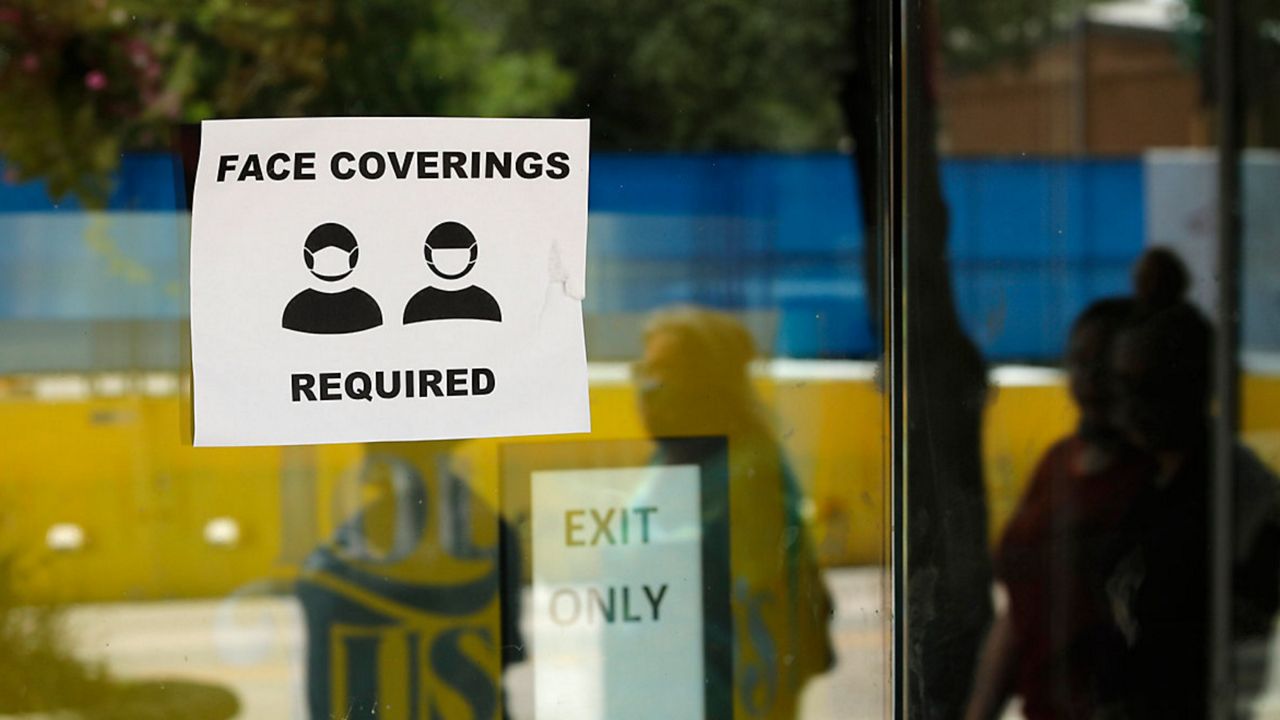 TEXAS — Gov. Greg Abbott has received national attention for his refusal to allow local governments and schools to mandate masks, but local leaders are fighting back.

Although the Texas Supreme Court ruled to temporarily allow Abbott’s ban on mask mandates to stand, Dallas County Judge Clay Jenkins says his order for schools and businesses to require masks indoors is still in effect.

El Paso County is also joining Dallas County in defying the governor’s order, and issuing an indoor mask requirement for businesses that goes into effect early Wednesday morning, just after midnight.​ The governor argues that his order supersedes all local mandates, but as that issue gets battled out in the courts, one Dallas business owner says he feels caught in the crosshairs.

“It’s extremely confusing right now, because we don’t know who to listen to," said Sharp, salon owner. "Our [Texas] Supreme Court is saying one thing, our governor and the Dallas County Judge is saying another.”

Local officials and the state are going head to head in the courts, battling over local control of mask mandates as the delta variant’s spread causes COVID-19 hospitalizations to surge.

“Doctors came to me and they said their medical models indicated that we would be out of hospital bed units…in a matter of days," said Jenkins.

After the courts’ ruling Jenkins responded saying his order requiring masks indoors is still in effect, but he removed the fine for businesses who don’t comply. He says his order is motivated by science, and that the governor’s is driven by politics.

“He's completely driven by polls of Republican primary voters," said Jenkins. "When you look at that, and you're just trying to get the 50 plus one in your primary to get re-elected as governor against your primary challengers, then you come up with a policy that the governor has now. But it's not about getting re-elected. We are in a crisis." ​

According to a new Spectrum News Ipsos poll, more than 60% of Texans support mask requirements in public places, including retail stores, schools, offices and restaurants. In Austin, John Kunz is requiring masks inside his store Waterloo Records.

“I think a mandate would do the whole state better, but it is what it is, and at least as a business we can choose to say, 'You have to be wearing a mask inside our four walls,' and that's what we've done," said Kunz.

The governor has previously said it should be up to individual business owners whether to require masks, but Jenkins says more needs to be done to slow the spread.

“Personal responsibility is not an excuse for a lack of action and a lack of grip and courage on the part of leaders," said Jenkins.

As officials clash over authority, confusion over the conflicting mask mandates seems to be as rampant as the variant.

“We’ve kind of lost our faith in the decision making of our leadership. We don't know who to believe," said Sharp.