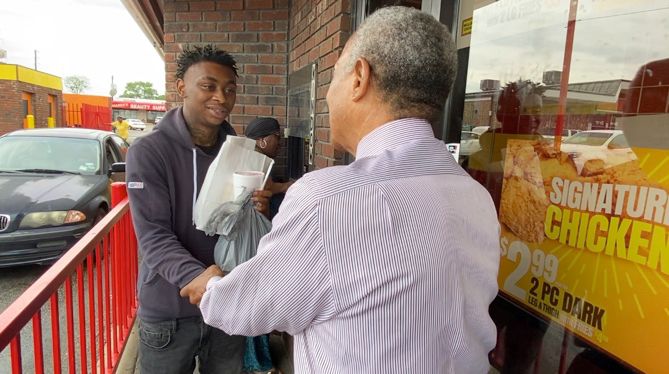 Free food, flights on the table as long as you get vaccinated

DALLAS — Drivers will not be lining their cars around Fair Park in South Dallas for the COVID-19 vaccine anymore. The city is putting an end to the mega vaccination site because the supply consistently outweighs the demand.

Hoping to change minds about getting the vaccine, Dallas Mayor Eric Johnson announced a vaccination raffle. Getting a shot to fight COVID-19 means you have a shot at winning round-trip tickets for an international flight. Some of the other rewards he's thrown in are concert tickets and a $1,500 gift card.

“Anything that anyone can do, raffles, I’m all in favor of that,” said Hiawatha Williams, who is a fan of the incentives being offered.

Williams is a man whose conversations are usually about cooking chicken because he is the president and founder of Williams Chicken. He feels like it’s time to switch things up and talk about the health of his customers in North Texas.

“I don’t do this very often. I don't get into my customer's business. So, when I have something to say, they'll listen because this is important," Williams proclaimed.

Hospital workers at the University of Texas Southwestern just announced they believe Texas is on track to have the same high number of hospitalizations in October 2021 as there were in January of 2021 and in the summer of 2020.

The closing of the mega vaccination site conveniently located near many Black neighborhoods in South Dallas is another reason Williams says his focus is on those communities, many of them are his customers.

“Most importantly, they’re my friends, they’re me,” Williams added.

Medical reports show Black and Latino people are getting vaccinated at lower rates. Mr. Williams doesn’t hold power like the Dallas Mayor. He won’t be holding a raffle, but he’s giving away free fried chicken to people who get vaccinated.

He’ll be hosting a vaccination site at some of his Williams Chicken locations. Some of the fast food chains are near homeless encampments. Williams says people without a permanent place to stay also are his customers and he is not leaving anyone out of this equation.

Williams says he’s trying to erase any uncertainty that exists with the COVID-19 vaccine by using the trust he’s built with chicken for the last 38 years.