FORT WORTH, Texas — Internationally celebrated artists are hoping a 100-year-old home in Fort Worth’s predominately Black and Latinx Polytechnic neighborhood can uplift a community. Sedrick and Letitia Huckaby announced the opening of Kinfolk House — a collaborative, community-focused art space that was once home to Sedrick’s grandmother.

Sedrick Huckaby, a UTA professor and, notably, art teacher to former president George W. Bush, said he and his wife hope to cultivate a space where ideas are free-form, and the idea of art isn’t just limited to the traditional gatekeepers of fine art, like painters, sculptors and installationists.

“For example, one of the things that I see is that there's all types of artists, and even some people don't even call themselves artists, but they have artistic spirit,” he continued. “I think by kind of having a space where creatives can come together and play together, it's something that I think will be widely beneficial to our area.”

Huckaby said that in creating the space, he hoped to pay homage to his grandmother’s legacy of creativity and community.

“From my perspective, she was a pretty creative person,” he said. “She wasn't an artist or anything like that, she was just creative in her thinking and in her life. And when I got the place about 12 years ago, I was thinking about how to honor that spirit of creativity as an artist. Over the years, I've met so many different types of creative people. And that's generally where the thinking comes from.” 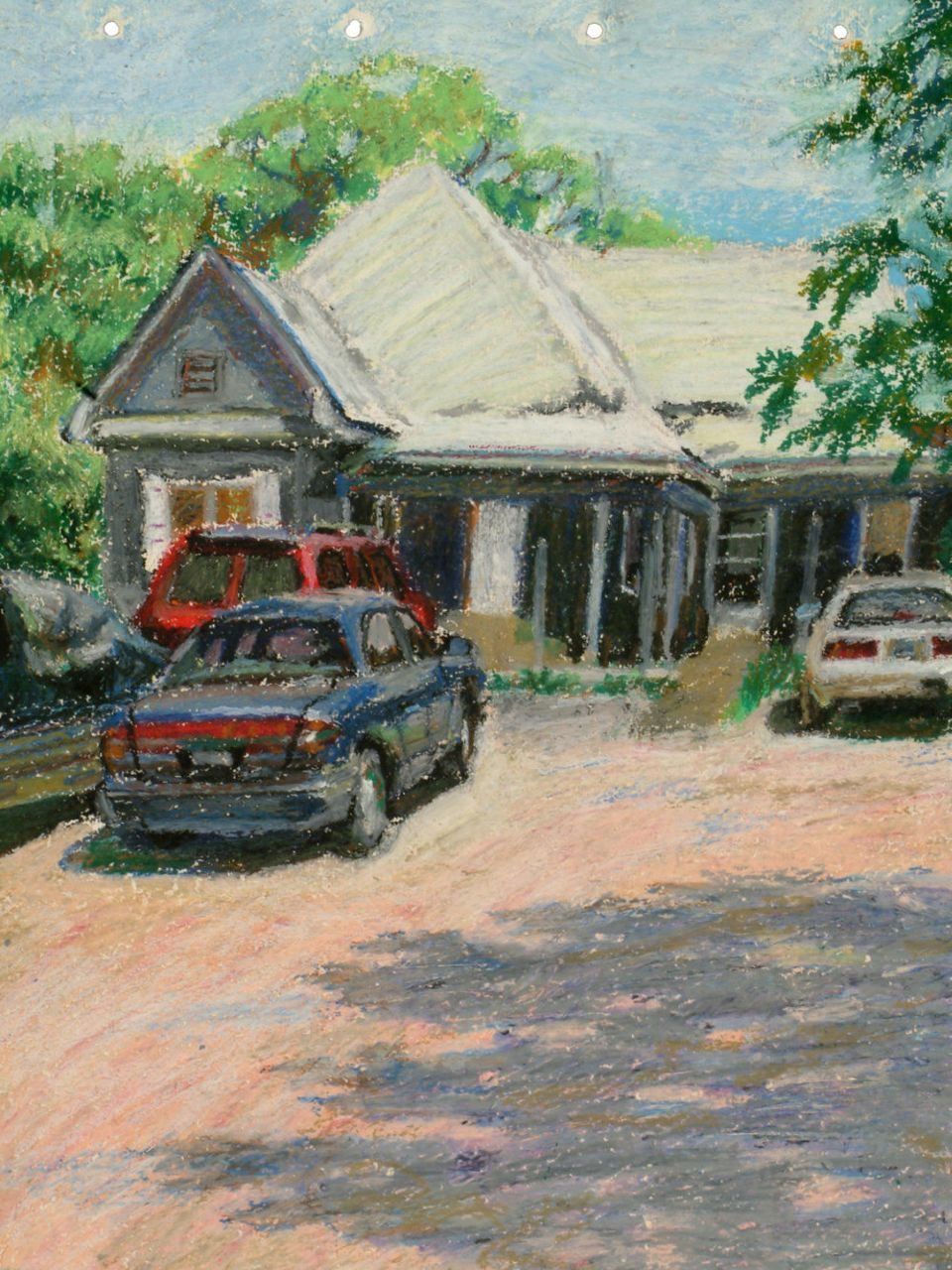 Huckaby discovered his love for art at a young age. He was involved in several civic nonprofit-led initiatives, such as the Imagination Celebration. It was through that program he met his teacher and longtime mentor, Ron Tomlinson, who was a professor at Texas Wesleyan University.

Huckaby followed Tomlinson to Wesleyan, and the young artist was eventually accepted to the prestigious Yale School of Art for graduate studies.

One goal of Kinfolk House, Huckaby said, is to make the art world accessible to those who aren’t privy to its notoriously cliquey inner-circles. Though programs such as Imagine Celebration still exist, people who live in areas like Poly often don’t know about them.

“I think that it's important that these kinds of creative spaces happen in communities that are outside of the arts district,” he said. “It's just important for people to see creativity welling up in their own communities and in other areas that are outside of those spaces that we consider [the art world]. We shouldn’t make a line around those spaces and call them “the art space.” Art comes from all over.”

The Huckabys have appointed Jessica Fuentes as Director of Kinfolk House. She boasts a varied background as an artist, arts administrator and educator. Beyond that, she brings values and insights they hope will be reflected at Kinfolk House. Fuentes was the manager of school & community outreach for the Amon Carter Museum of American Art, and was a member of the F6 Gallery Collective and 500x Gallery. She’s worked at the Dallas Museum of Art, serves on the board of Make Art with Purpose (MAP), Artes de la Rosa and the Education Planning Committee for the Smithsonian Latino Center in Washington, D.C., among others.

“It is rare to have the opportunity to help build a space from the ground up that truly aligns with your personal vision and goals,” she said. “Throughout my time in museum education, I have worked to create accessible and relevant exhibitions, self-guided learning experiences and programs. Kinfolk House will be a place that supports artists, celebrates community, is informed by and invested in the local neighborhood and inspires creativity, dialogue and reflection.”

Kinfolk House will host its grand opening with a mixed-media project in February — a collaboration between founders Sedrick and Letitia focused on the concepts of family, community and heritage.