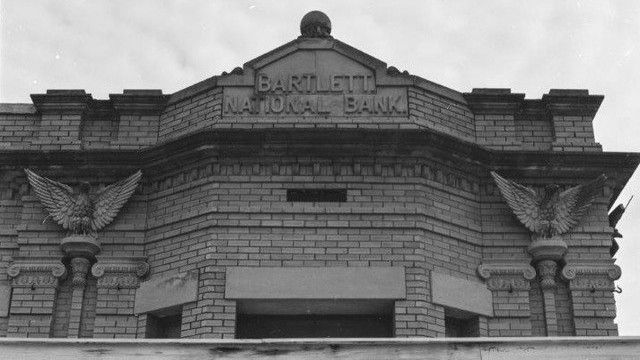 Texas Tales Greet You at the Bartlett Bank Building

BARTLETT, Texas — Not far from Interstate 35, between Austin and Waco sits the Bartlett Bank Building. Built in 1904, the stories surrounding it are as unique as the building itself.

“So this is the original floor. So, the floral pattern, we don’t know enough about, but the Greek key pattern on the side is also another symbol of wealth,” Welch said.

Welch turned the building into a bed and breakfast after it sat abandoned for decades. The manager's office is now the dining room; the teller's cage is the kitchen.

“One of the things that’s so important to us is to preserve buildings and be able to tell the story of those buildings,” Welch said.

When you enter the vaults, you step back in time. The original safes are still there — One you can open. The other one near the front is sealed shut.

“We’ve broken into the others. But that one is a mystery and I can’t help but wonder what is inside,” Welch said.

Welch did find a bunch of bank records, some going back more than a hundred years. She has a framed $100 bill on the wall.

“If you look closely, it says motion picture use only,” Welch said. The motion picture she's talking about is the The Newton Boys, a 1998 film starring Matthew McConaughey. The movie was filmed at the bank. The crew left a hole in the ceiling where they installed a light and it’s still there.

Legend has it a real group of bandits tried to rob the bank back in the 1960’s.

“They set up their get-away cars outside. They were from Austin and weren’t familiar with Bartlett,” Welch said.

Apparently, the robbers didn’t know the bank had closed some thirty years earlier.

“So they got away without robbing the bank!”

Fast forward to 2020 and people are still showing up, this time to rent, not rob the place. There are plenty of stories to go around.