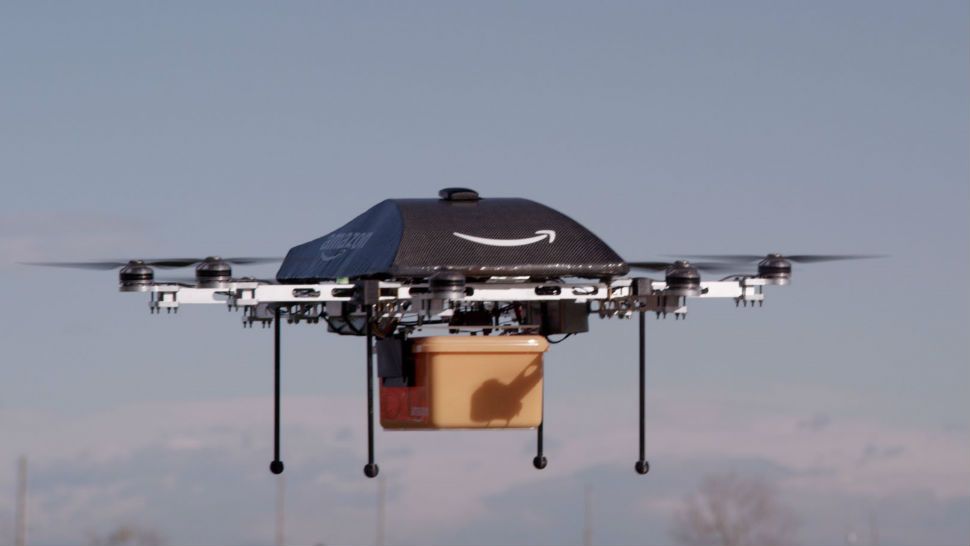 Are Drones the Inevitable Future for Receiving Retail Packages?

DALLAS — Are drones the future of e-commerce? In the last year, at least three major companies have been granted flight approval from the FAA, meaning they can fly drones beyond a visual line of sight to deliver packages.

Researchers and drone pilots are on different ends of the spectrum when it comes to how soon we should expect a backyard full of drones in flight.

Garland is talking about using drones to drop off retail packages to consumers’ doorsteps. While the technology is already here, with a few major companies currently running pilot programs, Garland doesn’t think society is ready to adapt to drone delivery.

Several major companies have joined in the race to be the leader of drone package deliveries. Wing Aviation/Alphabet, Flytrex/Walmart, Amazon Prime Air, and UPS Flight Forward are all piloting drones carrying packages now. But is it the inevitable future? https://t.co/ouAkDpWaEu pic.twitter.com/KiwjB3ws3r

UT Dallas researcher Milind Dawande agrees while there will likely be some pushback, he thinks the promise of shorter and more reliable delivery times will be a game changer to consumers.

"I feel that businesses need to play their cards right here, and convince the community that the upsides will outweigh the downsides,” Dawande said. "And by upsides I mean faster delivery, maybe more reliable deliveries, lower cost in the long run. And by downsides I mean sort of loss in privacy. And then nuisance and so on and so forth.”

Dawande co-authored a recent study that explored how drone delivery could change retail logistics networks. For example, if companies move toward a drone delivery system, the number of last-mile warehouses would likely increase in the future in order to ensure a faster delivery time.

There’s also the question about what would happen to delivery truck drivers if this new mode of delivery catches on. Garland’s on the side of “If it ain’t broke, don’t fix it.”

“I think it's going to be difficult for drones to compete in a world that's already so well established with traditional means,” Garland said. "If I have to be at, let's say a distribution point — so the goods are already close to your neighborhood right? How much does it really take for me to deliver that with a van? And we've been doing that for a long time.”

However, Dawande feels traditional ways of package delivery can always be improved.

"Drones can travel over congested areas and drones can travel from location 'A' to location 'B' along the straight path. And drones can reach rural areas, far off rural areas where cars and trucks may have difficulty reaching. So I think the common shopper recognizes these kinds of positive things,” Dawande said. “Like with any technological innovation, some conventional jobs might be eliminated. But then, more jobs will be generated too. Drone maintenance, drone monitoring personnel, or packers and so on and so forth.”

Dawande believes no single delivery mode will end up overriding the other. He thinks retailers would benefit from incorporating drones and delivery trucks.

"There are huge fixed costs here, and all this will work out for retailers only if a significant portion of the consumer community embraces this idea,” Dawande said.

While Dawande said he hopes to see more drone deliveries by this holiday season, Garland isn’t convinced it will catch on quite yet, especially with more regulatory framework needed before drone delivery can launch for the everyday consumer.

"A lot of the technology that's going to be required for package delivery already exists. Drones are self aware, there's all sorts of safety built in to the drones. There are night beacons so that you can fly at night, there are infrared cameras so you can see things at night. There's LIDAR systems to where you don't even have to see anything, it's like a self driving car,” Garland said. "I really think that what the FAA is doing in granting these approvals to do a lot more trials and research is really what's going on. I think it's going to be impactful in a variety of situations. But I think the most immediate impact is going to be things like medical supply delivery, disaster recovery, things where I need to get life saving critical items to people that are stranded, let's say. I think that the technology that the package people are developing are going to be probably far more useful in those applications, at least in the short term, than package delivery in your neighborhood.”

Companies are working on perfecting drone delivery. UPS secured the first full approval in September 2019 from the FAA for a Standard Part 135 air carrier certificate. The certification grants companies the ability to fly “beyond visual line of sight,” and is not limited on the size of scope of operations like a Part 135 Single Pilot certificate.

UPS Flight Forward, Inc. delivered its first package via drone to a hospital in Raleigh, North Carolina, on September 27, 2019. Through a partnership with CVS, UPS successfully completed their first drone deliveries of medical prescriptions from a CVS Pharmacy in Cary, NC in November 2019.

Wing Aviation, owned by Alphabet (the parent company for Google) was issued a Standard Part 135 air carrier certificate in October 2019. According to the FAA, Wing Aviation is part of the Integration Pilot Program (IPP), delivering food and over the counter medicine to homes in Christiansburg, VA through a partnership with Walgreens.

Amazon and its fleet of Prime Air drones received the FAA certificate in late August, but the company says it will only deploy when and where it has the “regulatory support needed to safely realize our vision.” Prime Air will use small drones to deliver packages up to five pounds in a 30 minute of less time frame.

Most recently, Walmart announced on September 9 it started making its first deliveries by drone in a partnership with Flytrex, launching a pilot program in Fayetteville, North Carolina, in September 2020. Flytrex is authorized to fly under the FAA’s Part 107 regulations, which are more limited than the FAA certifications granted to the companies listed above. Walmart also announced a partnership with Zipline on September 14 to make on-demand deliveries of select health and wellness products near Walmart’s headquarters in Northwest Arkansas.

Who will reign over the skies when it comes to delivering retail packages? One thing is certain: the competition between retail giants is heating up. But is the demand from customers? That remains to be seen.