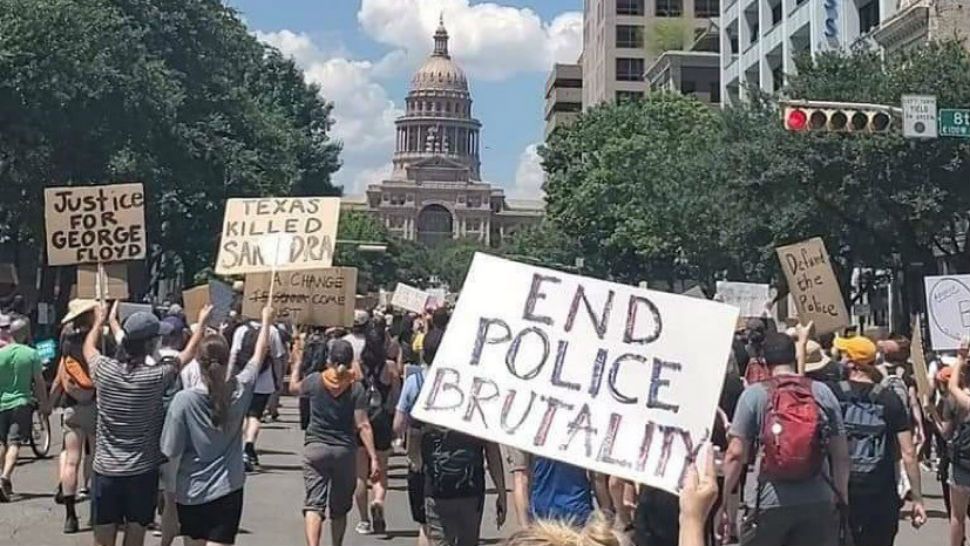 AUSTIN, Texas — To Kristian Caballero seeing a fellow protester, Garrett Foster, gunned down at a demonstration shows how critical it is for them to make sure their message of racial equality and black lives matter comes through.

“Unfortunately, a lot of these issues, especially if they’re racially motivated, they tend to not be amplified,” she said.

Besides her physical presence out in the streets, Caballero has used her voice to bring attention to racial issues behind the scenes to those in power.

“Motivating the community and engaging them and activating them to activate these issues, not only those who are directly impacted, but for those of us with more privilege. It’s essential for us to not only support the most vulnerable and amplify their issues and their needs — but to step up and utilize are own power and privilege to make a difference,” she stressed.

Despite months of protests, murals and webinars, Caballero felt change wasn’t readily visible. But even then, she felt their efforts weren’t necessarily in vain.

“No, things haven’t changed as far as racism is concerned. It has always existed, it’s always been prevalent. It’s just the main difference now is that our digital media allows us to record it and share it widely very quickly,” she explained. “The way things have changed is, because of that digital media, we’ve been able to expose and engage a lot more people on these issues. So the momentum that we’re seeing right now, we’ve never seen before and that’s a huge change.”