Black Austin Police Officer Speaks Out On Racism in Department

AUSTIN, Texas — Black officers in police departments across the country find themselves in the middle of two dueling identities: that of an officer dutifully enforcing the law as they were trained, and as Black Americans forced to watch as their own people disproportionately experience abuse at the hands of law enforcement.

That fact is what motivated Sgt. Tonya Jefferson to speak out on racial disparities that exist in the Austin Police Department after 23 years in the department. She believes letting the public know what’s happening could help her create change.

“My community at this point needs to know what’s happening on the inside,” Jefferson said. “The inside needs to be fixed first before we can fix the outside.” 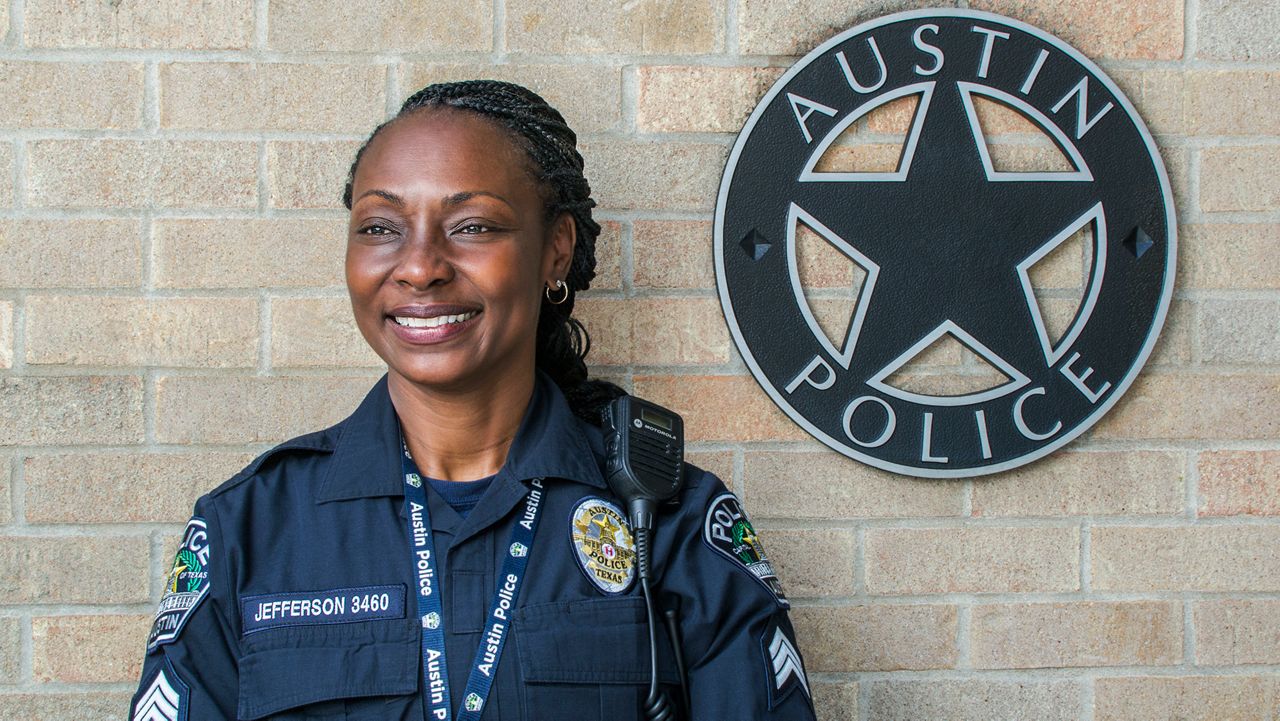 Jefferson has been working with other Black officers and APD leadership to change policies in the department’s training program. A new proposal would add history lessons to provide context to race relations as they relate to policing.

“No one can just get picked for this job, it has to be a final approval, a good ol’ boy system,” Sgt. Jefferson said. “It has to have final approval from Chief Manley to go into any of those jobs.”

Chief Brian Manley said he does review new hires before they’re final in areas of cadet training, internal affairs and recruiting. He says he’d like to see more diversity in cadet training.

“When I talk about encouraging members of the organization not only to promote but also to put in for other assignments that’s one of those areas I think is critically important,” Chief Manley said. 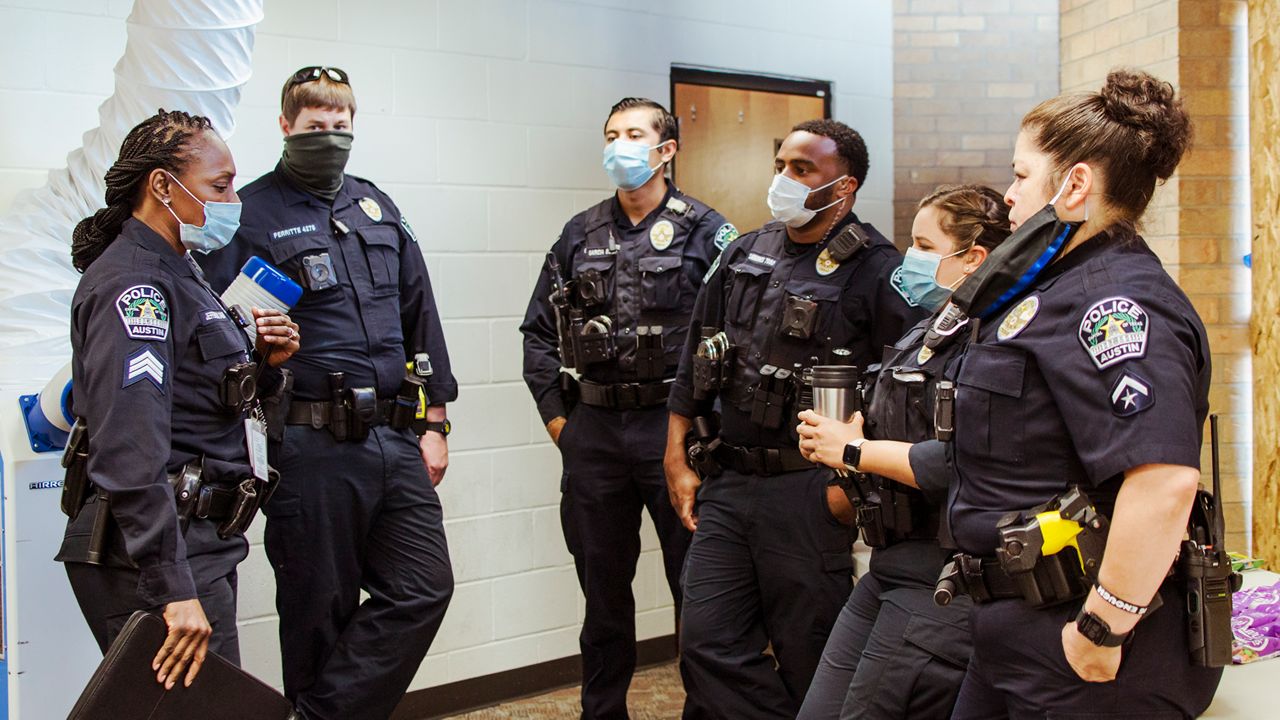 Jefferson believes the department’s culture is to blame for low numbers of blacks officers in the program. She says black officers receive higher levels of scrutiny from the department’s assessment center that they use for promotions, causing well qualified Black officers to be ranked lower than they should. Credit score checks and questions over hairstyles create unnecessary obstacles for black officers that she says don’t exist for white ones.

“Everything in this department African Americans have to go the extra mile to get and achieve,” Sgt. Jefferson said. “It shouldn’t be that way.”

The Austin Police Department has received its fair share of controversy as of late. Current national events have sparked protests over the police killing of Mike Ramos, an unarmed Black and Latinx man. Groups like the Austin Justice Coalition have called on Chief Brian Manley to resign in light of his handling of that case as well as the protests that followed the death of George Floyd in Minneapolis, saying so much as they’ve lost trust in the department.

That’s a sentiment Sgt. Jefferson said is shared by her and some other black officers at the department. It’s a feeling she said took hold after witnessing Chief Manley’s handling of former Assistant Chief Justin Newsome, who left the department with full benefits after anonymous complaints of his racist language came to light. Those same complaints claimed Chief Manley was aware of the comments.

“To hear this person make those statements about another African American was disheartening,” she said. “To hear Chief Manley did nothing to help protect us to see what happened-- that really drove me into, 'Why am I accepting these things?'” 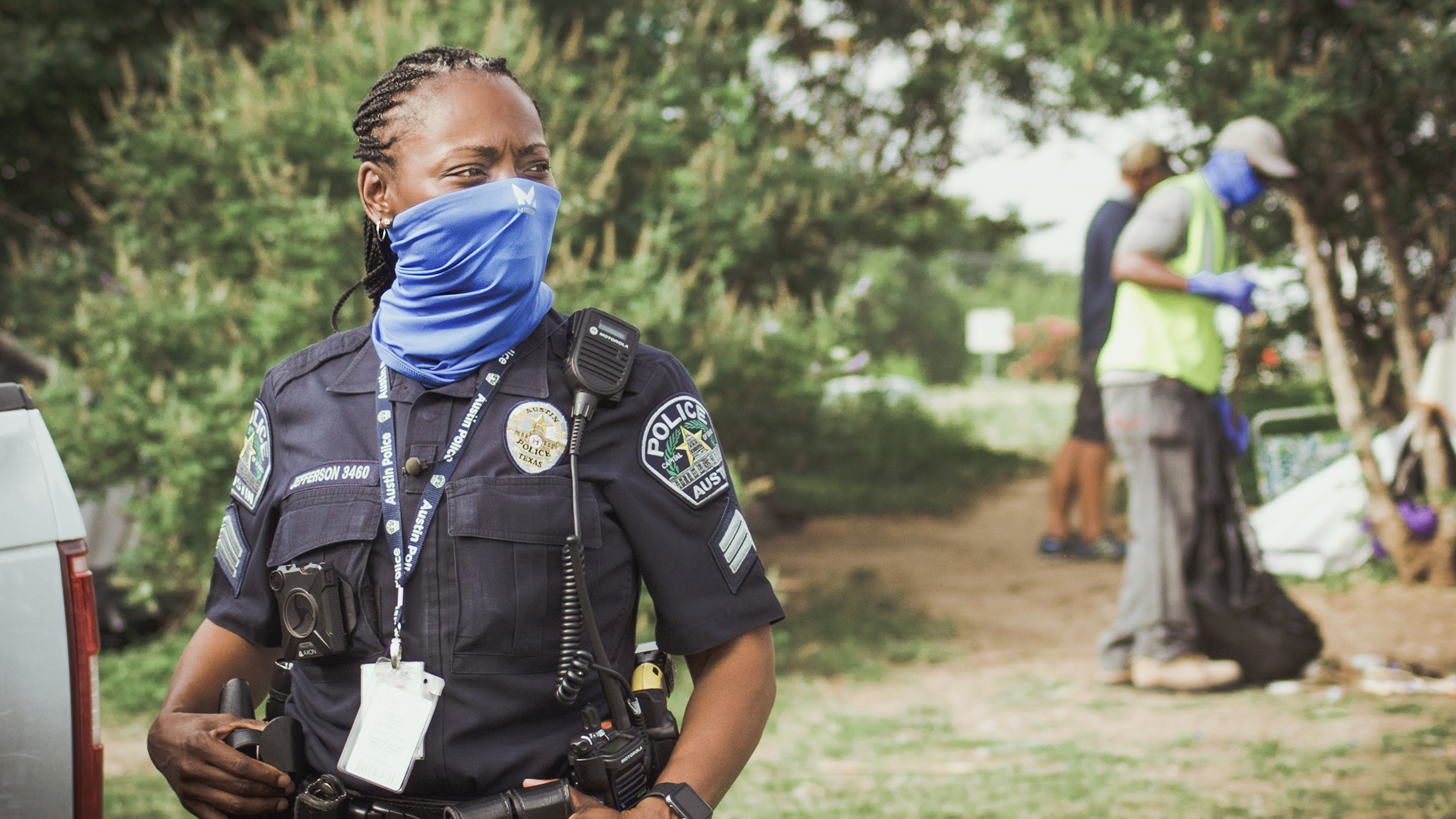 Chief Manley said he regrets not acting sooner. He didn’t release the news of the incident to allow it to be investigated through arbitration. When that didn’t happen, it took weeks for new information to reach Chief Manley before he sent that information to City Manager Spencer Cronk, who would later call for a formal investigation. Since then an outside consultant has been hired to find instances of racism within the department.

Jefferson hopes speaking out will help lead to change in the department. She said she loves the protests, just not the violence, and hopes that people will continue to use their voices-- not just in the streets, but in the voting booth.