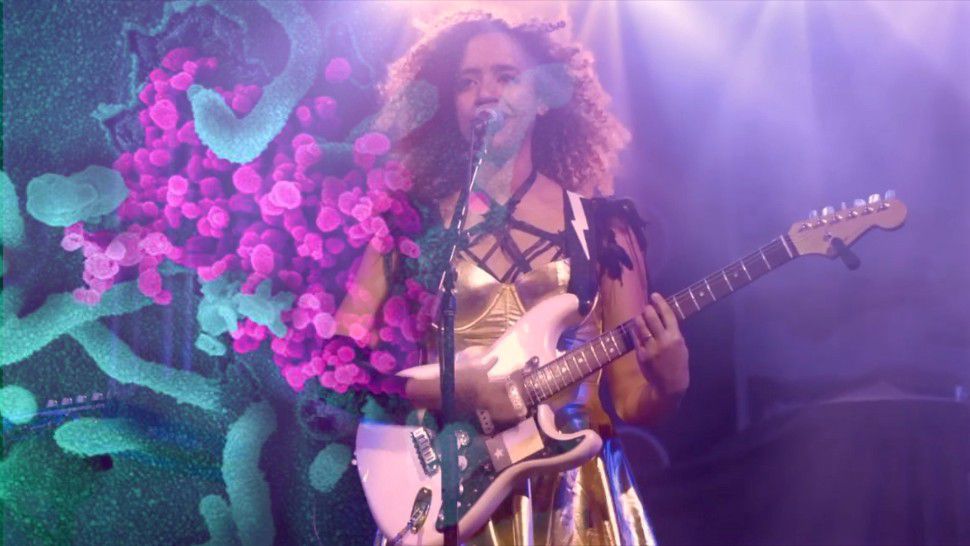 COVID-19: The Demise or Rise of The Music Industry

AUSTIN, Texas – The music industry is currently experiencing an unprecedented test of strength. The global crisis of COVID-19 has reordered society without any guarantee of what the future will hold, and those within the creative sector are desperately trying to protect the industry from facing financial ruin.

The scope and impact of the ban on mass gatherings was amplified with the cancellation of nearly every live event around the world for the foreseeable future. To be able to survive a complete blackout, it will take assistance from every corner of the globe and the willingness to adapt. Fortunately, the music industry has been evolving for years, and many industry experts predict the long-term effects of the coronavirus will be tied less to what’s happening right now and more to the safeguards it had in place before the pandemic occurred.

“I’ve been hanging on by a thread, man!” said Austin guitarist Jackie Venson.

Venson is among thousands of Texas musicians no longer receiving work or a steady income. Every booked gig she had on her schedule has been called off, and no one is knocking at her door with a new contract.

The very little money she has made is the Venmo tips she’s received from daily live-streamed performances. It’s not much, but it’s more than what a lot of other people in the music industry are making right now.

“Where you see the bands and artists and musicians who never put any time into building their online presence, they’re the ones who are being completely destroyed by this,” said Venson.

Fortunately for her, social media is no stranger, and the musician has been using multiple online platforms to reach her fan base for several years.

“Everybody - when they saw Netflix for the first time as a streaming platform, they were probably like, ‘This is gonna change everything!’ Right?” she exclaimed. “That’s how I felt when I saw the announcement on Facebook Live Stream six years ago! And so I immediately started to try and do it.”

RELATED: The State of the Texas Music Industry

It took some getting used to on the user’s side, and the technology wasn’t nearly as mature as it is today, but Venson says she knew instantly that the use of live streaming would be a game changer. She was right.

New trends are constantly emerging in the music industry, and while some might not stick, the growing popularity of technology like open source has allowed artists and creators to share and collaborate. The result has been the launch of new, successful platforms and mediums that are changing the direction of the industry’s future.

Without the option to perform for fans face-to-face, Venson - along with a herd of other artists around the world - quickly turned to live streaming. For the last month, the 30-year-old has been performing live music for her fans every single day from the comfort of her home. She spends about three hours each night shredding on her guitar while an average of 2,000 people watch her on various media channels from their electronic devices. With the links she’s placed beneath her live video streams, fans can click on Venson’s Venmo or PayPal accounts and leave a tip. Social media and live streaming have become the bread and butter of the music industry in the era of uncertainty.

RELATED: Texas Musicians Changing the Way They Perform in Response to Coronavirus Precautions

“We are being forced to directly connect with and get money and support from our fans with absolutely no middle man,” said Venson. “There’s no Live Nation, there’s no Ticketmaster, there’s no nothin'. There’s Venmo and me telling you I’m gonna be there.”

The experience has empowered Venson, and she’s been using her extra time to redevelop the structure of her future album tours. With all of the tools in her own belt, there’s no longer a need for an agent, a promoter or a talent buyer.

“There’s a lot of middle men out there that we don’t need anymore,” said Venson. “I’d say that they need to get their wheels turning, and they need to see this as a real threat.”

Fortunately for her agent, Venson won’t be firing him just yet because he happens to be her fiancé! She will, however, be crossing off all promoters from her future tours’ lists of paid guests.

“We have the internet!” laughed Venson as she yelled at the ceiling. “We can talk to each other! I don’t need you to make records for me! I can make them myself! You know? Like all this stuff- I can make it in my bedroom! It’s the same with touring.”

RELATED: Willie Nelson Brings the World Together with Live-Streamed Concert

While it’s uncharted territory for Venson, she and other musicians are experiencing a glimpse of what the “music industry” was like before there were record labels, publishers, promoters and agents. Live music came first. No one knows that better than a resident of the Live Music Capital of the World.

The Texas music scene is a $10 billion a year industry, and it has served as a vital role in the socio-economic fabric of the state for many years. Fortunately, assistance has been flowing in from local, state and federal government resources, and a new federal law has made it possible for thousands of people to become eligible for unemployment benefits.

Included in Congress’ relief package that went into effect this week was a change in federal law that now allows independent contractors like working musicians to apply for disaster unemployment assistance. Gig workers who’ve lost work to the COVID-19 precautions are also now eligible to apply for several grants and other aid.

“Canceling SXSW was just the beginning of a wave of hardship for so many of the folks who make Austin the special place we all love,” Austin Creative Alliance CEO John Riedie stated in a press release. “Musicians, lighting designers, actors, dancers, and other creative professionals will need sustained help if we want to emerge from this crisis with our creative community still in place.”

Currently, there are more than a dozen grants listed on the Texas Music Office’s online resource page. In addition to the state and local relief funds, creative professionals are also now eligible to apply for low-interest loans, unemployment benefits and other forms of assistance.

“One of our biggest fears is that our members, many of whom are struggling to put food on the table and pay rent as a result of lost wages, are going to forgo paying insurance premiums and lose their ability to afford basic medical care during this health crisis,” said Reenie Collins, CEO of the Health Alliance for Austin Musicians.”

Fortunately, generosity has been pouring in from the community. This week, Austin realtor Gary Keller donated $50,000 to HAAM, and the nonprofit has already begun using the donation to roll out its emergency assistance initiatives that are meeting immediate health needs of 2,600 local musicians.

RELATED: HAAM: “We are Seeing Our Music Community Being Decimated”

“I don't know what the future's gonna be like, and like, it's terrifying!” said Venson. “Even though it’s all terrifying I am gonna be honest, I’m really, really happy about the forced shift in touring and the opportunity to re-design how I tour. I am extremely excited about that. That’s my silver lining.”

The way we consume music has evolutionized within the music industry over the years, and it’ll likely continue to change in the future. Fortunately for the advancement in technology, live music can stream on for now.