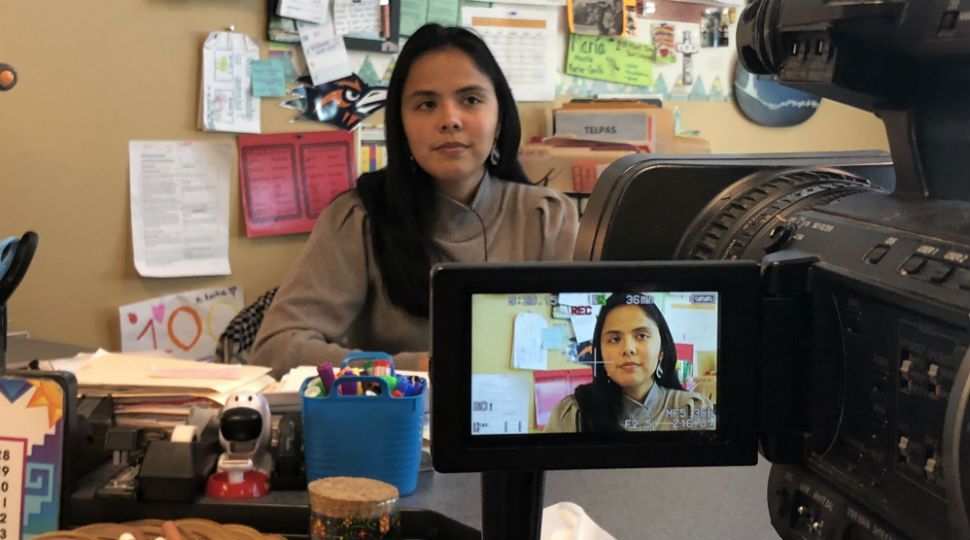 SAN ANTONIO -- Maria Rocha is a second-grade dual-language teacher at Mark Twain Academy in San Antonio. She was also a guest of Rep. Joaquin Castro at this year's State of The Union address.

While the invite was certainly meant to highlight her success as a DACA recipient, the 35-year-old activist took it a step further, using the platform as yet another chance to fight for her fellow dreamers.

"We can't forget the 800,000 people who are living in limbo, knowing that we could possibly be at the risk for deportation. I spread the message of hope, and have faith, and know that through hard work, anything is possible," said Rocha.

She rarely misses a rally that concerns DACA or immigration, and she isn't afraid to speak when called upon. She hopes her story will be used as inspiration for others that are in the same situation she was in.

"I moved to San Antonio when I was 9, and it didn't hit home that I was undocumented until I was a senior in high school, so going to college was very difficult in the early 2000s. There wasn't as much assistance as there is now for DACA recipients," Rocha said.

“Graduating [college], knowing that I wasn't going to be able to work legally was frustrating, because I would constantly tell my mom and dad, 'Why me? Why me, when I have done things the right way?'  I was very involved in high school, city council. I was very involved in sports. But through hard work and perseverance, I reached my goal of becoming a teacher and through DACA, my life literally changed and here I am six years in," she said.

Rocha's journey has lasted 32 years, and it's not over. DACA is in front of the U.S. Supreme Court, with a decision on whether it will continue expected by June.

"My DACA expires next year, 2021, which could possibly be the end of my teaching career because I would not be able to legally work in this country," said Rocha.