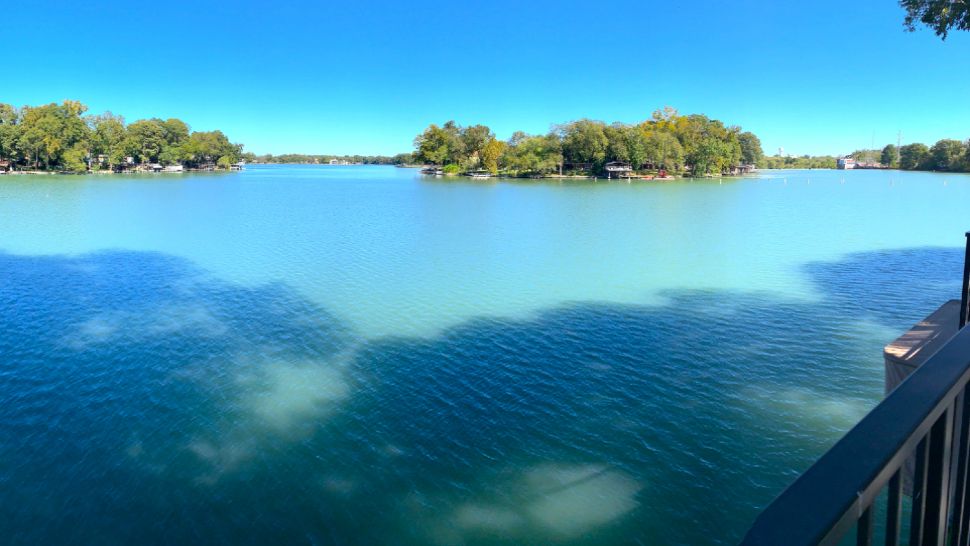 GUADALUPE COUNTY, Texas -- Portions of the Guadalupe Valley Lakes are now open for business after an independent expert panel determined which parts are "unsafe."

The majority of the experts' safety study on the GV lakes was released Monday night.

The 44-page report outlines which parts of lakes McQueeney, Placid and Meadow are "prohibited unsafe" and "restricted unsafe." The expert panelists do want to point out that "nowhere in, on, or immediately adjacent to the water is 100% safe" but the areas of elevated risk are deemed "unsafe zones."

Before getting into where these unsafe areas are, it's important to note the difference between the "prohibited unsafe" and the "restricted unsafe" zones and what they mean for lakegoers.

As expected, according to the report, the prohibited unsafe zones are the immediate areas around the dams near Lake McQueeney, Lake Placid and Meadow Lake.

🚫⚠️ GV LAKES - UNSAFE ZONES: Here are maps of the PROHIBITED unsafe zones on the Guadalupe Valley Lakes that have been identified from the experts’ evaluation.

🚫⚠️ GV LAKES - UNSAFE ZONES: Here are maps of the RESTRICTED unsafe zones on the Guadalupe Valley Lakes that have been identified from the experts’ evaluation.

This study was required after a judge ruled last month that the Guadalupe Blanco River Authority's plan to drain the remaining lakes was put on hold for a year due to a temporary injunction. GBRA and lakefront property owners each chose experts and those experts chose a third expert to form a panel and inspect the lakes to figure out where lakegoers can and can't be.

The report suggests identifying these areas from shoreline to shoreline with bouys and orange markings saying "DANGER" and "OFF LIMITS ALL ACTIVITIES," and "NO SWIMMING." Floating red placards will also be in place to warn the public. This signage will be implemented by GBRA within the coming weeks.

So how did the experts come to these conclusions? According to the report, they used information gathered by a third-party consultant that mapped 2D models of the lakes and showed what would occur if a spill gate failed.

GBRA has previously warned the public of multiple gate failures happening at the same time, and had models done showing that scenario that were presented at board meetings and hotly contested by property owners as being highly unlikely.

The consultants in this report chose to map out what would happen in an instantaneous single spill gate failure, like what happened at Lake Wood and Lake Dunlap, stating that was the most likely scenario.

The good news is the report suggested that a single spill gate failure would likely not cause a domino effect on the dams downstream.

The expert panel did request a 30-day extension to complete the final report and include findings from Lake Gonzales, that were not part of this initial release.

GBRA released a statement regarding the evaluation:

JUST IN: @GBRATX releases a statement following the completion of the initial report determining unsafe zones on the Guadalupe Valley Lakes. The parts of the lakes NOT identified as unsafe have automatically reopened.

"As outlined in the temporary injunction, the Independent Expert Panel has returned its initial report outlining prohibited and restricted areas for Lakes McQueeney, Placid, and Meadow. The full report is available for download below.

"Understanding that nowhere in, on, or immediately adjacent to the water can be deemed 100 percent safe, the IEP report affirms the prohibited areas already established surrounding the dams and extends protections by outlining additional restricted areas. The Guadalupe-Blanco River Authority will begin implementing additional signage and buoys – as outlined in the report – to clearly mark these areas. GBRA will continue to monitor the prohibited areas surrounding each dam and will working in coordination with local law enforcement to enforce these restrictions.

"We have utilized this information to create maps clearly outlining the prohibited and restricted zones on each lake, and what each of the zone designations mean. ​

"GBRA is committed to being a good neighbor and serving as a collaborative partner in the effort to identify viable solutions for ensuring the long-term sustainability of the Guadalupe Valley Lakes. We continue to work closely with the respective lake associations as part of the collective effort to address the necessary replacement of the spillgates.

"The IEP has requested an additional 30 days to complete velocity modeling for Lake Gonzales. ​We will update GVLakes.com with more information as it becomes available."