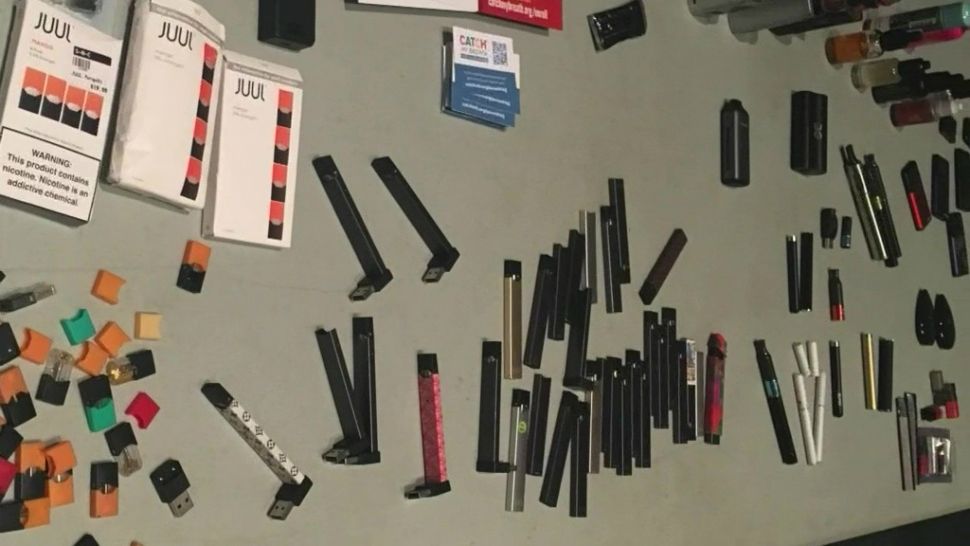 The CATCH My Breath Campaign began a pilot program in Central Texas schools in 2016 and aims to help prevent the initiation of e-cigarette usage among teens.

RELATED | Metro Health, Doctors Advise Against Use of Vaporizers, E-Cigarettes

The program is part of the Coordinated Approach to Child Health, or CATCH, and partners with the University of Texas School of Public Health.

"We focus on helping kids understand the very real health dangers behind vaping, behind using e-cigarettes. The potential to get addicted to nicotine." -- Duncan Van Dusen, founder of CATCH.

Van Dusen has been monitoring the recent deaths related to vaping.

"There are many chemicals in e-cigarettes, whose effects are really unknown. Unfortunately, this summer there have been hundreds, hundreds of cases, about 500 cases of lung-related illnesses. Governmental bodies, the FDA, the CDC, other scientists are searching frantically to understand what exactly was behind these deaths," he said.

These unknown factors and the increasing use among students pushed Austin ISD Health and Physical Education Supervisor Michele Rusnak to implement the program across the board at the secondary level this school year. Thirty-five percent of AISD students identified vaping as an issue on their campus.

"It is a distraction. Kids come in with the vaping and as you've seen, some of the tools that they can use, they can hide them. They are in the back of the classroom and they can take a hit real quick and nobody will see it,” said Rusnak.

Rusnak has been in her position long enough to remember when tobacco usage was an issue among teens.

"It went way down over the last 10 years and although this is an issue, I really do have hope," said Rusnak.

The campaign has decreased the amount of middle school students introduced to vaping by 50 percent in comparison to schools without the education. Van Dusen said the campaign can save lives.

"The way we look at it is, in order to prevent illness and death, you need to go upstream and do prevention," said Van Dusen.

The CATCH My Breath Campaign is free to schools across the country. To find more information for parents and teachers, visit the campaign website.