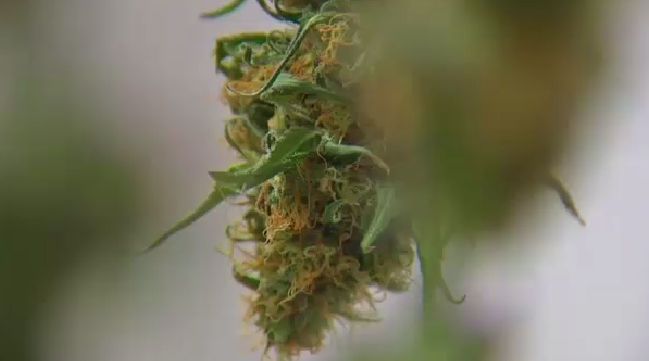 "I visited offices of legislators every week,” said Myers.

She delivered her own research to lawmakers on how cannabis can be used to treat her cancer symptoms. Her letters weren't in vain. Lawmakers did vote to expand the state's narrow medical marijuana program to include more diseases and disorders, like autism and multiple sclerosis.

Since the expansion of the Compassion Use Act, production has increased at Compassionate Cultivation, one of the state's three legal growing operations.

"Our ability to help thousands of more patients has become a reality for us and we couldn't be happier," said Mike Rubin, with Compassionate Cultivation.

Just last week, a new strain of oil made here went to treat the state's first eligible cancer patient. She is terminal so she qualifies, but Myers does not.

"It's a little sad, but it's me and lot of other people," said Myers.

Myers has a type of blood cancer. While it's incurable, she's not terminal, meaning she still can't legally use cannabis oil. She's gone through chemotherapy before and said if her cancer is to progress, she'd turn to medical marijuana.

"It would be my first line of defense whether the Compassionate Use Act was expanded to include me or not," said Myers.

She knows her letters, visits to the Capitol, and research weren't in vain, but said she was hoping for an expansion to the program that at least included her.

"These baby steps that our legislators are taking are costing lives in this state. ‘You're dying? So, now you can have the medicine?’ That is really unfair," said Myers.

Myers said she'll write more letters, do more research, and continue to push to be included next session. Right now, the Austin-based Compassionate Cultivation is serving more than 500 patients.

They expect that number to rise significantly with the expansion of the Compassionate Use Act.