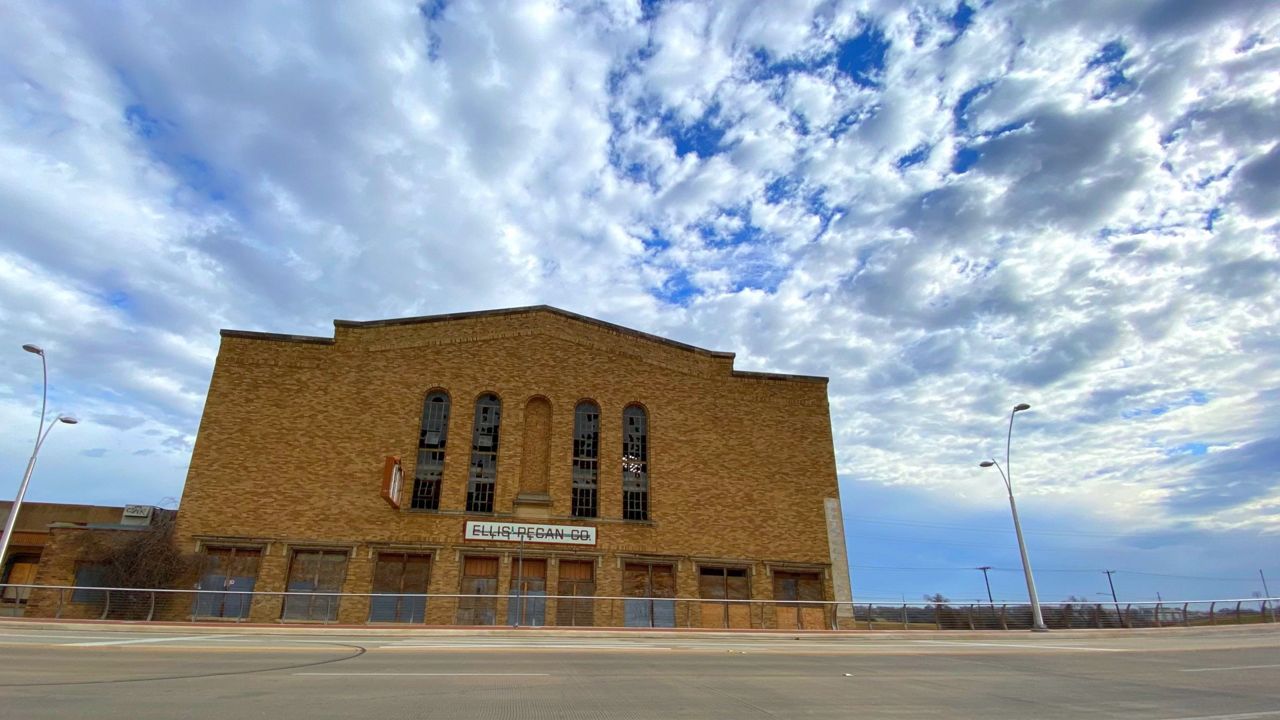 The building sits just a mile away from the Tarrant County Courthouse was built for use by the Ku Klux Klan (KKK) as a meeting place. It’s believed to be the last standing purpose-built KKK building in the country. (Spectrum News 1/Javier Sanchez)

FORT WORTH, Texas — What’s known as the last standing KKK building in the country is on its way to being transformed in Fort Worth.

A group of local organizations that joined forces in 2019 recently purchased the building with plans to have it serve as a hub for racial healing through the arts.

The group comprised of eight nonprofits that form the Transform 1012 Leadership Coalition are DNAWORKS, LGBTQ SAVES, Opal Lee Foundation, SOL Ballet Folklórico, Tarrant County Coalition for Peace and Justice, The Welman Project, Window to Your World, and the 1012 Youth Council.

Over the last two years they’ve raised money with plans to convert the almost century-old building into the Fred Rouse Center for Arts and Community Healing.

Fred Rouse was a Black butcher who was lynched by a white mob just a mile away from Fort Worth’s KKK building in 1921.

The large KKK building sits just a mile away from the Tarrant County Courthouse at 1012 N. Main St. The worn bricks and broken glass serve as a reminder the city was once home to one of the strongest Klu Klux Klan communities in the country.

In 1927 the KKK sold the building to Leonard Brothers Department Store and over the decades was used as a concert hall, a wrestling arena, and a shelling and packaging warehouse space for Ellis Pecan Company.

Most recently in 2004 it was being considered as a rehearsal studio for Texas Ballet Theatre, but that idea was never realized. It sat vacant for many years with no plans of being used. The building’s former owners, Sugarplum Holdings, L.P., applied for a certificate that would allow them to demolish the historic structure in June 2019.

An early vision showing the exterior of 1012 N. Main St. Pictured is the former "back" of the building that housed a proscenium stage. (Credit: MASS Design Group)

The Historic and Cultural Landmark Commission of Fort Worth stepped in, and power-couple Daniel Banks and Adam McKinney began the movement to transform the long-abandoned building.

The pair are co-directors of DNAWORKS, a service organization that promotes cultural expression through the performing arts. They helped organize the effort to make the Fred Rouse Center a reality.

“This is really a movement to bring people together,” said Banks. “We want to tell the truth and say it loud, and collectively reckon with an uncomfortable and unpleasant and violent history.”

When members of the coalition look at the bricks and broken glass they see an amphitheater, a park with a spot for pop-up events, a makerspace for performances, and so much more.

“We’ve started speaking with a lot of the community to invite them in and ask them how they want to engage with this project,” said one of the coalition's founding members Ayesha Ganguly.

Ganguly also founded Window to you World, an organization that specializes in program design and implementation, community outreach, group facilitation for non-profit organizations, and capacity building for youth.

“Now that we own the building, we want to get even more of the community involved,” said Ganguly.

Ganguly and the rest of the coalition plans launch a youth council giving interested young people a safe space to gather with the hope of making Fort Worth’s community more inclusive.

“I think our elders have a tendency to kind of leave us out of these conversations and make all of these decisions without us, kind of leaving us in the dust,” said Jacora Johnson who leads the 1012 Youth Council.

The 1012 Youth Council works to, “Empower the imaginations and stories of Fort Worth’s youth, through educational initiatives, sustained action, while uniting youth and elders,” explained Johnson.

“We’re going to be the ones taking care of the building, maintaining the building, inviting folks to the space, getting the word out about these things when this place is vibrant and popping.” she added.

Banks said the coalition was grateful to learn the building’s former owner wanted to donated part of the cost of the building, although he refused to say how much Transform 1012 ended up paying for the property.

Banks said a bid to stabilize the building that would bring it up to city code would cost $1.62 million.

In all the coalition estimates the project will cost around $40 million, according to Banks.

“Even with the building just being purchased a couple of weeks ago we’re almost at 10 percent of our goal,” he added “So, I think that’s bodes very well in terms of the feasibility of the project.”

Share your ideas with DFW human interest reporter Lupe Zapata by e-mailing him at Lupe.Zapata@Charter.com ​

A previous version of this story indicated that the building was the last known meeting grounds for the Ku Klux Klan. This is incorrect. Additionally, there was mention of converting it to a museum, which is also incorrect. It will be a multi-purpose performing arts space. (February 15, 2022)