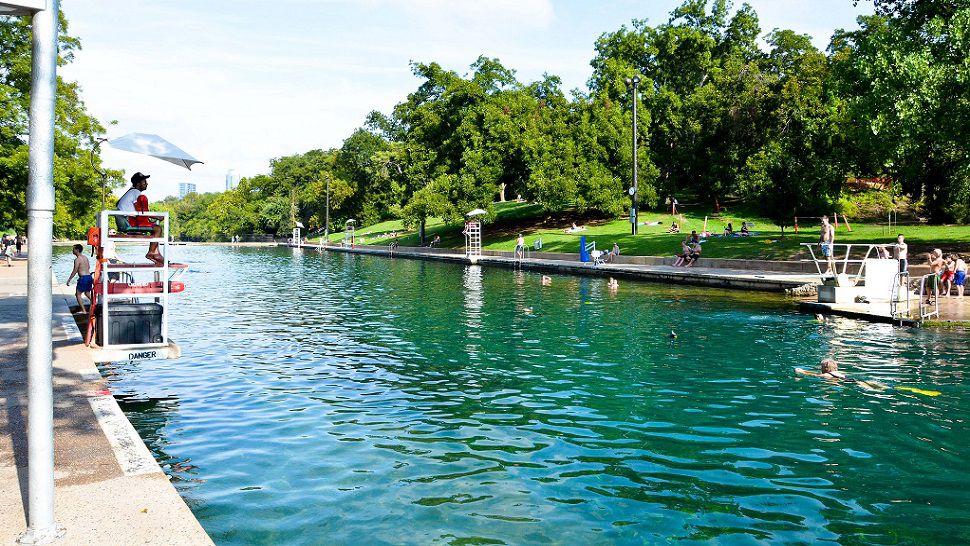 As high pressure moves directly over the Lone Star State, this heat wave gets even more intense and high temperatures climb closer to record territory.  Today's forecast calls for a high near 104 in Austin, putting us within a degree of the record 105 from 2011.

It's the 9th consecutive 100+ day out of what will possibly end up being a 13 day stretch, in all, before temps tumble again.  So far, the triple digit hot count for 2018 is now up to 42 in metro Austin, tying last year's count.  Only one other year in recent times had more:  2011 with the all-time record of 90.

Forecast models show the sprawling high pressure ridge holding directly overhead during the next 24 hours in the atmosphere aloft.  Fortunately, we still have a weak front a the surface and it's still washing out immediately north of Austin.

The front helped to kick off strong storms in Williamson Co last evening with 1-2" around Liberty Hill, and then we saw a slow-moving storm move west along I-10 as it fell apart near Bastrop & Caldwell Co (with .06" Elgin) earlier this morning.  There was also a brief shower from North Austin (.01"  Jollyville) to Lake Travis around sunrise.  We'll keep a slim but noted 20% rain chance going until sunset.

By tomorrow, the front is out of the picture and we'll expect temps to reach closer to 105, possibly our hottest of the week.  We expect to make it up to 102 or 103 through Saturday before the upper-level ridge moves east, loosening its grip on Texas.

Signs of a few showers start to show up again early next week.  Join us for 'Weather on the 1s' on TV or the live stream for more.