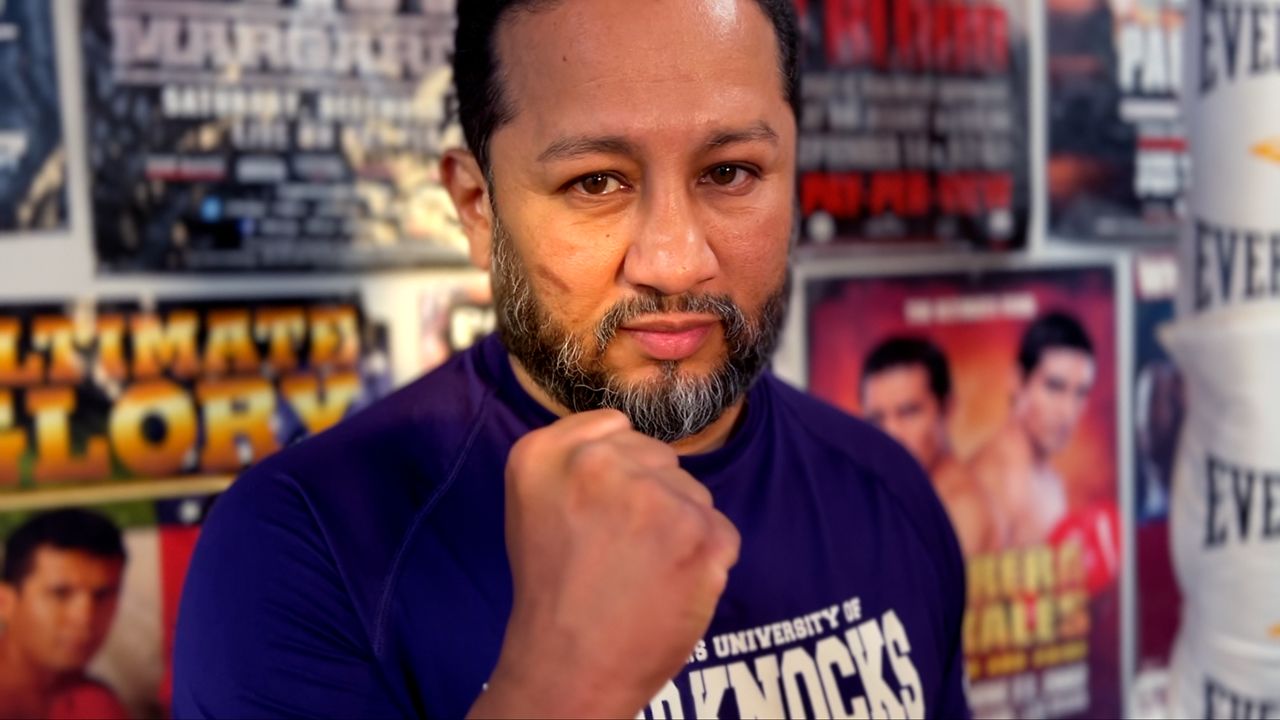 Paulie Ayala poses for Spectrum News 1 after his second Punching Out Parkinson’s class of the day. (Spectrum News 1/Robbie Fuelling)

Boxing is the perfect prescription for these Parkinson’s patients

FORT WORTH, Texas — Paulie Ayala has had his fists up since day one.

“Shoot, before grade school,” world champion Paulie Ayala said. “I was like four years old doing exhibitions. We’d get into school yard fights every once in a while. But for the most part, I got into [boxing] because my older brother was doing it. It looked like fun and I ended up loving the sport.”


So much so he made a career out of it.

“At first, I was excited because I was like 'Wow, he’s gonna get this,'” Ayala said when he reflected on the moment leading up to his professional boxing debut fight against Jaime Olvera.

It’s clear Ayala knows how to fight. But now his time is spent helping others fight off the debilitating effects of Parkinson’s disease, which affects the lives of 60,000 Americans per year.

“You can get up one morning and feel like a million dollars. The next, you feel like a wadded up five-dollar bill,” said Tom Troup, who is a student in the Punching Out Parkinson's program.

“Twelve years ago, it was like this. Now, it’s like this. So it’s getting worse and worse,” Parkinson’s boxing student Nalin Vyas admitted.

From tremors in the hands to other slow, imprecise movements of the body, this neurologically damaging disease worsens over time. Thus, given its severity, they say if you’re not moving, you’re dying. Good thing Ayala is in their corner.

“It means a lot to me,” Ayala said. “It’s been a big responsibility."

A responsibility the Fort Worth southpaw accepted 12 years ago. For the last decade plus, Ayala has grown his Punching Out Parkinson’s program into the success story it is today.

“A lot of times, they’re like, 'I can’t do it,'” said Ayala. “So we try to push through it and go with not motivation, but discipline. And they’re always glad at the end that they were able to complete it."

“Paulie’s been instrumental in keeping me pushing and exercising,” said Troup.

“It’s helped me with handshaking,” said another fellow Parkinson’s boxing student Richard Keyer. “So from that point of view, it’s very positive."

The benefits are not only apparent to Parkinson’s patients, but they are also clear to Dr. Christopher Watts, who’s partnered with Ayala to learn why boxing is the perfect prescription.

“Hopefully with the studies that are being done, it’s going to allow me to go more into a therapy program,” said Ayala.

Because right now, that’s all it can be.

“There’s no cure,” Dr. Watts said. “Now there’s a lot of very talented, amazing people working on that right now as we speak. And there’s exciting research going on to try and find a cure.”

But for now, it’s Ayala providing hope in the ring.

“They’re like an extended family,” he said. “I see them every week. I love helping them and seeing their improvement over time.”