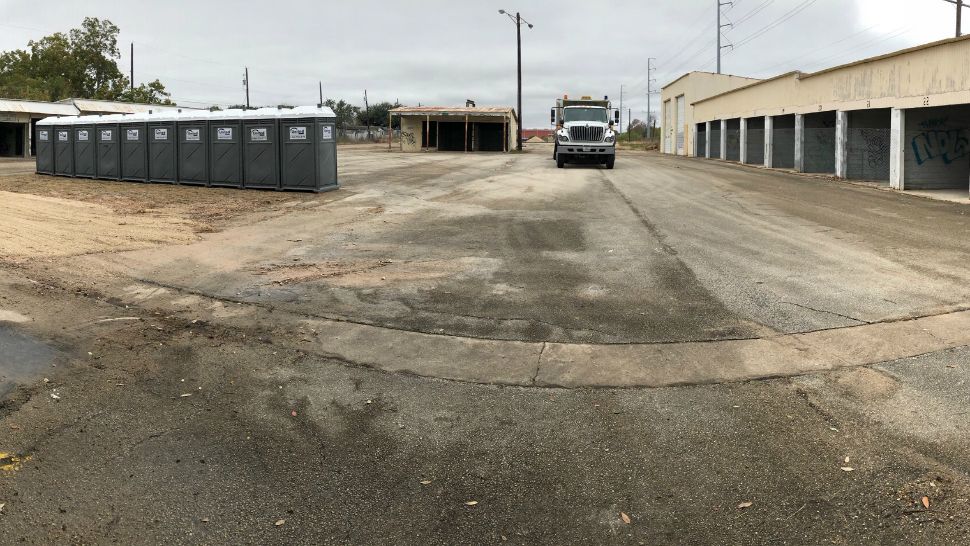 A portion of the land set aside for Austin's homeless population located near U.S. Highway 183 and Montopolis Drive appears in this image from November 7, 2019. (John Pope/Spectrum News)

State of Texas to Provide Space For Austin's Homeless to Camp

AUSTIN, Texas -- The State of Texas will provide a temporary location for the homeless to camp in Austin, according to the governor’s office.

The campgrounds will be on more than five acres of land near U.S. Highway 183 and Montopolis Drive.

The governor’s office said this would be temporary until Austin’s first Sprung Shelter is built. A new coalition, ATX Helps, announced a plan Thursday to raise $14 million for that shelter.

Gov. Abbott’s office said the temporary campgrounds will include portable restrooms, hand washing stations, and comes with commitments from local charities to deliver food multiple times during the day.

“Governor Abbott applauds the Austin Chamber of Commerce, the Downtown Austin Alliance, and all who are supporting ATX Helps for their substantial effort to provide shelter and care for the homeless in Austin,” John Wittman, an Abbott spokesman said in a statement. “Until that shelter opens, the State of Texas is providing a temporary location for homeless to camp. It is located on 5+ acres of land near Highway 183 and Montopolis. That area is the closest to downtown the State has available…This location will provide access to healthcare providers and homeless case workers to provide care for the homeless.”

At the governor’s direction, the Texas Department of Transportation began removing people experiencing homelessness and their personal property from encampments under state overpasses in Austin on Monday.

Click on the video link above to learn more about the Sprung Shelter ATX Helps plans to build.

Portable restrooms and hand sanitizer stations appear at a plot of land set aside for Austin's homeless population in this image from November 7, 2019. (John Pope/Spectrum News)