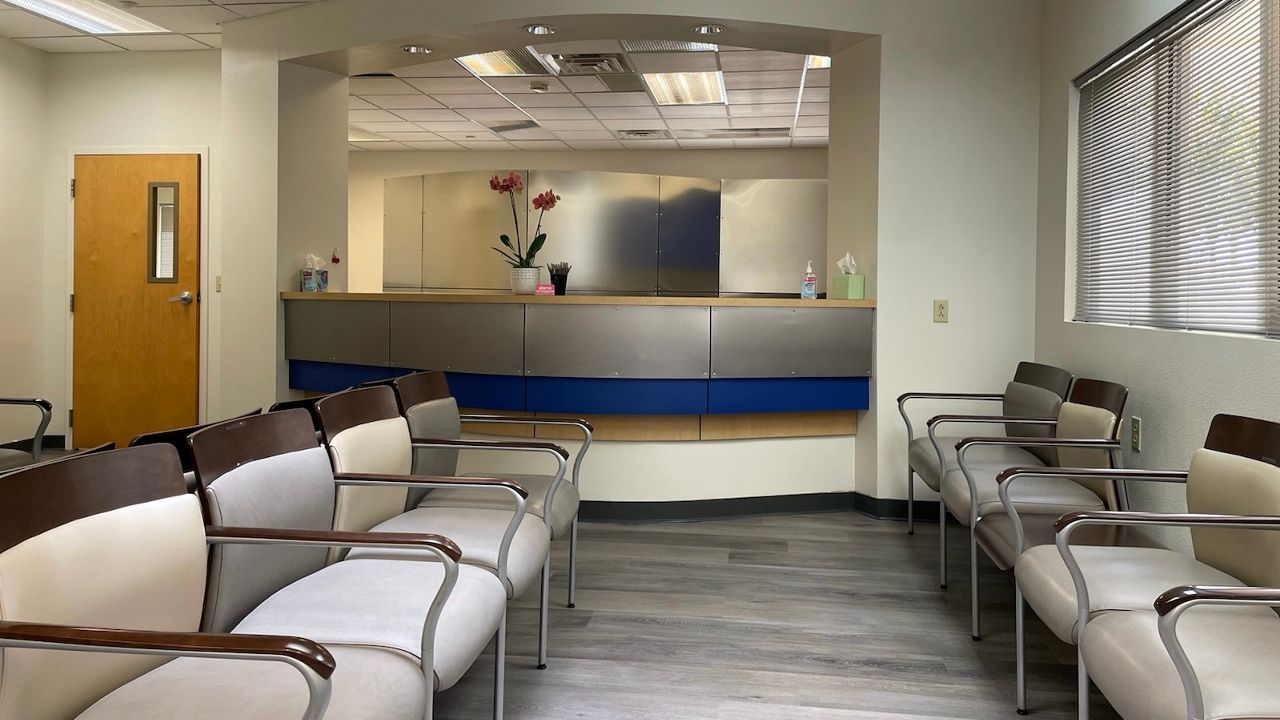 AUSTIN, Texas – Abortions effectively stopped when the Supreme Court ruled on Dobbs two months ago. The only exception was for a medical emergency. As of Thursday, Texas doctors who violate the abortion ban will now face stricter penalties.

“You're really going to see hospitals and doctors very expressly starting from a point of thinking about the law, and only later thinking about medicine or the well-being of the patient,” said Joanna Grossman, a law professor at Southern Methodist University. “That's the structure that the Legislature has created. Those providers and those hospitals simply cannot afford to be wrong.”

On Sept. 1, 2021, SB8 went into effect. It banned abortions after six weeks. That law is void now. Abortion is now illegal from the moment of fertilization.

“If somebody provides an abortion, that meets the definition of abortion under this law, it is a felony with a variety of potential punishments," Grossman said.

If a doctor provides an abortion that’s not a medical emergency, they could now face life in prison. The Texas attorney general must also seek a $100,000 civil penalty for each unlawful abortion. The doctor could also lose their medical license.

There’s one exception if there’s a life-threatening risk to the pregnant person, or there’s substantial risk of serious bodily impairment.

"We call that loosely a 'medical emergency exception,'" Grossman said. “If an abortion fits that definition, then it is not unlawful. It's not a felony. It's not a crime.”

"It is perfectly legal for people to leave the state to get abortions elsewhere," she said. "But whether or not groups or individuals can help people leave the state is an open question. And so abortion funds at the moment, by and large, are not operating to pay for abortions because of the uncertainty surrounding their legal risk.”

The part of SB8 that’s still relevant is the civil penalties.

"SB8 allows random individuals to sue people who either provide abortions or who aid and abet abortions for $10,000 per defendant, per unlawful abortion,” Grossman said. “So conceivably, under the trigger ban, if, for example, a prosecutor went after a doctor for performing an abortion, that would then open up that defendant not only to the criminal penalties of potential imprisonment [and] the civil penalties from the attorney general, but also private lawsuits under SB8."

A different pre-Roe law, that is also still on the books, raises other concerns and questions.

“Even though it was very strict in terms of banning most abortions, like the current ban, the imprisonment was only up to five years,” Grossman said. “So you now have two criminal bans on the books for the same conduct, one of which imposes a penalty of two to five years, and one of which imposes a penalty of anything up to and including life in prison. So if these laws were to be enforced in a criminal prosecution, that would be certainly one question that courts would have to figure out, which is how do you reconcile these two inconsistent penalty clauses.”

The pre-Roe abortion law also includes a provision that makes it a crime to furnish the means for an unlawful abortion.

“The attorney general and some of the prosecutors in Texas have taken the position that this includes anybody who funds or arranges logistics for an abortion, even if the abortion occurs out of state and is legal where it occurs,” Grossman said. “So that pre-Roe law, the furnishing clause, could potentially prevent abortion funds and other organizations from helping Texans seek abortions out of state unless and until a court comes in and says, ‘Either it's not enforceable because it's a basically a defunct law, or it doesn't apply to out-of-state conduct.’”

There were two dates in Texas that had more of an impact on abortion access in Texas than today did. On Sept. 1, 2021, SB8 took effect and made abortions illegal after six weeks of gestation. On June 24 of this year, when the Supreme Court announced its decision on Dobbs, Attorney General Ken Paxton said pre-Roe laws were in effect. That’s when most abortion clinics stopped operating.

“Today's the day that the risk to the provider really became real,” Grossman said.

But for abortion providers, Thursday was just symbolic. It didn't change much, since many stopped providing abortions in Texas months ago.

“Today doesn’t feel any different for us because this is what we’ve been living in already,” said Andrea Gallegos, the executive administrator of Alamo Women’s Clinic. “Our clinic is already closed. We've already opened a new one in another state.”

Earlier this month, the clinic packed up its San Antonio office and moved to New Mexico. They started seeing patients on Monday. Several have been from Texas.

The Alamo Women's Clinic in Oklahoma will soon move to Illinois. Gallegos is moving there too with her partner and their two children.

“If you asked me two years ago if I thought I would ever have to move in order to continue to work at an abortion clinic, I would have said, ‘No way,’” Gallegos said. "We have daughters. Not only is this issue important to me as a professional, but it's important to me as someone who identifies as female [and] as someone who has two daughters that these laws affect. It affects their futures. I have to think about that as well. Texas just may not be the right place for any of us to be for the foreseeable future."

Some Texans are celebrating the abortion ban.

“This is a great day for Texas," said Jonathan Saenz, the attorney and president of Texas Values. "We can truly say that the human right to life applies to all across the state of Texas. There's a lot of love, support and charitable resources available to women and their children and their families during this time. And that's what a lot of our focus is going to continue to be, to make sure that women have the ability to make a connection with over 300 pregnancy centers across the state of Texas that are ready to serve them.”

Saenz said it's important that violators of the Texas abortion ban are held accountable.

“If someone is going to stop that beating heart or take the life of an innocent child, there should be consequences,” Saenz said. “I think it's important that we have laws that are enforced on these issues, and that human life across the board is respected…That's really what today is about: The state of Texas is acknowledging that all life, whether it's in the womb or not, should be treated fairly, should be respected and that we all should enjoy the right to life.”

“None of these laws stop abortion, don't make it go away,” Gallegos said. “Abortion has always been needed and accessed. And it always will be, no matter what the laws are.”