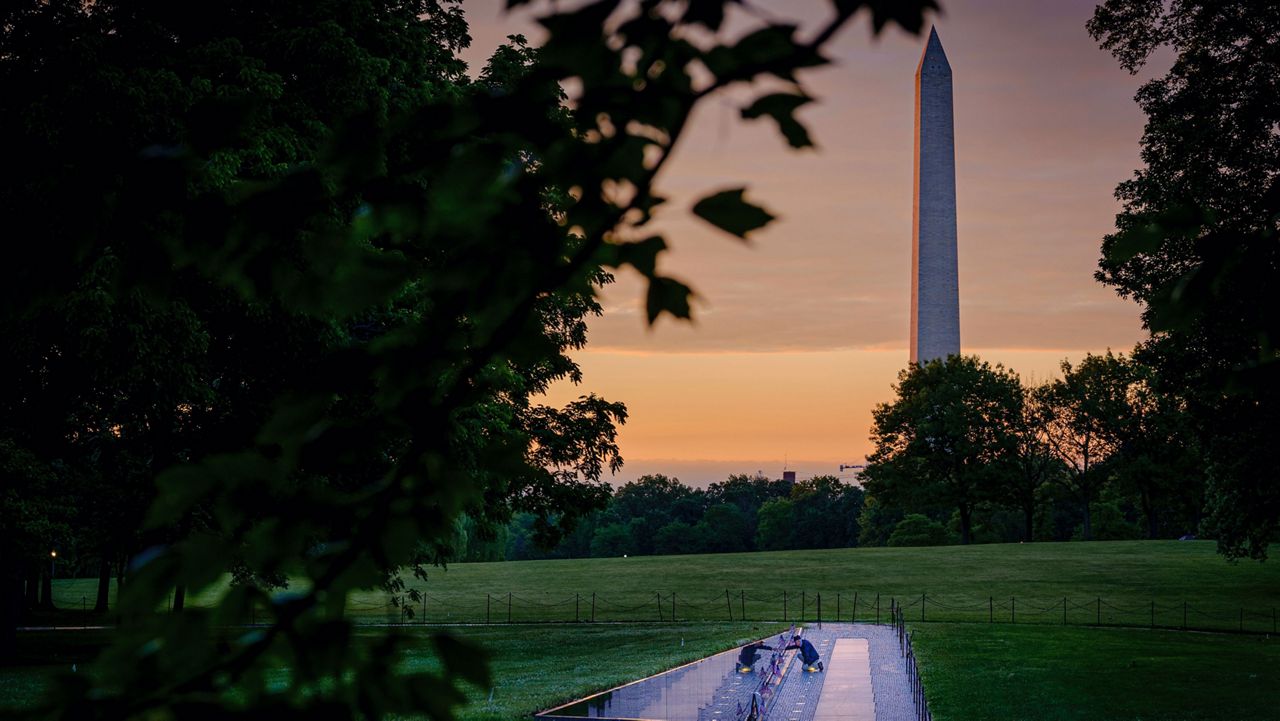 An early morning visitor to the Vietnam Veterans Memorial in Washington pauses to look at a name on the wall on Memorial Day, Monday, May 31, 2021. (AP Photo/J. David Ake)

The significance of Memorial Day rests heavily on the shoulders of Denis McDonough, the Secretary of the U.S. Department of Veterans Affairs. The holiday is generally accepted as the first day of Summer, but McDonough believes that the sacrifices made by American service members should be kept in mind as families celebrate.

“Let’s not forget to remember that we can do all those things because of the sacrifices of those generations of veterans, and what they did under — in so many cases — just terrible circumstances,” McDonough said.

As the Secretary of the VA, McDonough is charged with endeavoring that veterans get the help from their country they’re entitled to by their service. To that end, the VA is working on a handful of initiatives to care for service members.

This week, the Department of Veterans Affairs launched a new initiative, Mission Daybreak, a $20 million innovation challenge with the goal of ending veteran suicides. The two-phase challenge will eventually award $11.5 million in prize money for suicide prevention concepts.

The time period from 2018 to 2019 has shown a decrease in the number of veteran deaths by suicide, McDonough said. But that was a dip among a longstanding rise — from 2006 to 2018, the suicide rate, adjusted for age and sex, was 43% higher among veterans than nonveterans according to the RAND Corporation. Last year, a Boston University researcher found that the rate of suicide among veterans aged 18 to 34 was about 45.9 deaths per 100,000.

“We are looking for partners among academicians, among corporations, among technologists, among mental health care professionals, to see what are the new innovations in the provision of mental health care that will allow us to, at scale, reduce this number,” McDonough said.

“I think [President Joe Biden] got with his team as they’re working on the State of the Union this year and said, look, there’s certain thing that should just unite us all,” McDonough said. “Mental health care, substance use disorder, and getting vets the care they deserve taht they’ve earned because of toxic exposure…those are three things we spend a lot of time on in this building” and in VA facilities across the country.

The department has placed a priority on a piece of bipartisan legislation that seeks to care for veterans exposed to toxic substances, including burn pits.

That legislation is still under consideration in the Senate, but may be moving forward soon: Democrat and Republican leadership on the Veterans Affairs Committee recently announced an agreement on the bill.

If the bill becomes law, there may be as many as 2 million more veterans enrolled for care at the Veteran’s Health Administration, according to the Congressional Budget Office.

“We’ve been very clear with Congres that we will have to keep coming back for additional help to make sure that we can stay ahed of this increased demand,” McDonough said.

More than 9 million veterans are enrolled in the VA health care program, and it’s estimated that 30% of all American veterans will receive some sort of disability compensation this year.

Veterans with questions about eligibility are asked to visit VA.gov for assistance.

If you or a loved one is struggling, help is available. Please call the National Suicide Prevention Lifeline at 800-273-8255, or text HOME to 741741 for support from the Crisis Text Line.

Correction: The name of the initiative has been corrected in the headline.