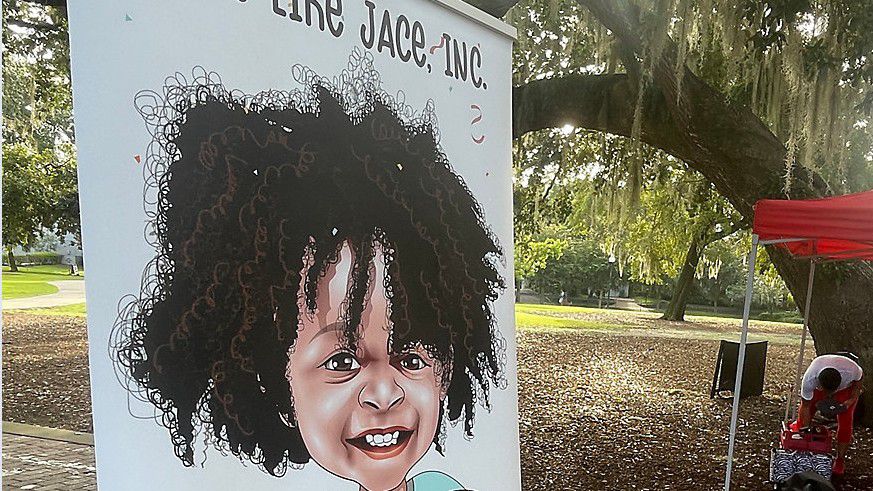 Makia Wallace started Love like Jace after her son passed away in a hot car (Spectrum News/Celeste Springer).

ORLANDO, Fla. — A child dies after being left in a hot car about once every 9 days in the U.S., according to the organization Kids and Car Safety. Jace Leslie was one of those children, but his death at 21 months old has his mother calling out for change.

Before becoming a voice for change, Makia Wallace stood wavering after her son’s death.

“I remember asking the Lord, ‘What do I do from here?’” she said. Wallace had to endure the unthinkable after her bright-eyed, curly-haired boy died after being left in a hot car. She did what she knew to do: pray.

“I kept hearing, ‘Love like Jace. Love like Jace,’ and I remember saying, what does that mean? And He said, literally just that,” she explained.

Thus, her organization Love like Jace was born to bring awareness to the dozens of children who die in a hot car each year across the nation. According to Kids and Car Safety, Jace was one of 26 U.S. children who died in a hot car in 2020. This year is on track to surpass that number, with 25 deaths already, and several months remaining in the year.

“I remember scratching my head like, ‘how did we get to this number?’ No one was talking to me about hot car deaths, or what to do, or what to put in the back seat,” Wallace recalled.

Saturday’s annual event at Lake Eola brought families together to talk about safety. Wallace urged parents to be vigilant, never leaving children in the car, even if it’s just for a few minutes. Wallace hopes her message will save other kids who remind her of her son’s shine and radiant smile.

“Every little kid I see running around, although it may not be my Jace that I gave birth to, it does take a village to raise a child. And I want to be a part of that village.”

There are several things you can do to avoid this type of tragedy. Officials urge parents to create everyday habits, like “look before you lock.” Always ​look in the back seat before locking the doors. You can also leave an item like a purse in the back seat every time you drive somewhere.