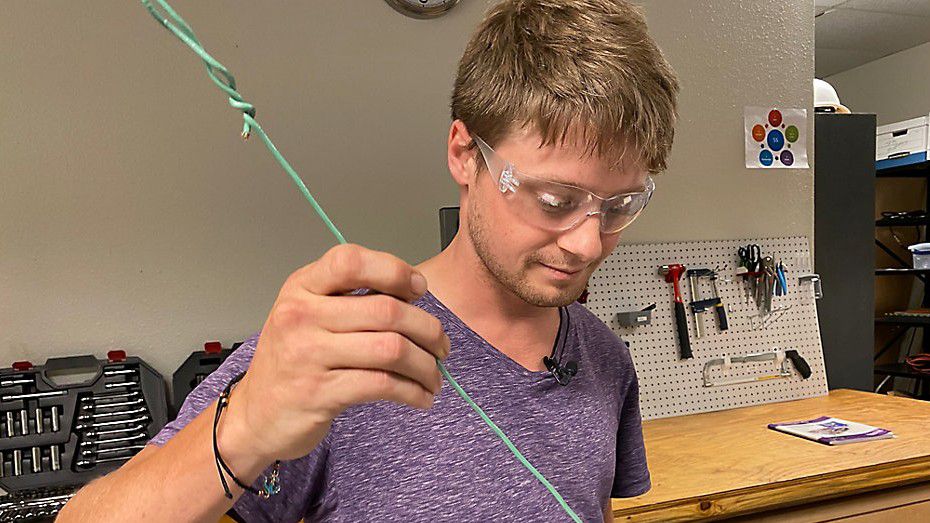 AUSTIN, Texas — The tech industry continues to grow in Texas, even during hiring freezes. One of the tech giants is expanding its reach in the Lone Star State, and trade jobs are at the top of its list.

Samsung is looking to add new facilities to its already-planned $17 billion semiconductor plant in Taylor with the potential to bring thousands of jobs to the area.

Skillpoint Alliance is helping to fill some of those roles.

“We have individuals from the industries that we train for,” said Kevin Brackmeyer, director for Skillpoint Alliance. “They meet with our students and talk to our students and get to know them. Some students actually apply right then and there and are offered jobs that day or right at the end of graduation. Samsung Austin Semiconductor is one of those companies that comes in and meets with our students.”

“I've accumulated some debt and you know, I'm just kind of treading water, making minimum payments most of the time, and it's a struggle,” said Scott Williams, a student in the CPT program at Skillpoint Alliance. “I think a lot of us are dealing with it, and getting in with one of these big tech companies is gonna give me the edge I need in my life to get ahead.”

As the Samsung semiconductor expansion continues in Central Texas with a potential for 11 fabrication sites worth $200 billion, Williams could find himself at one of those locations.

According to Skillpoint Alliance, on average, 30% of CPT graduates like Williams are hired by Samsung.

She says the fabrication sites will add an additional 1,800 jobs in Austin and around 8,200 in Taylor.

“Moving forward, there's going to be a lot of needs in the industry, not only just with this specific employer, Samsung coming to the area, but we're very excited to have them,” said Camarillo.

According to Samsung’s filings, fabrication site 1 in Taylor is expected to start operating in 2024, creating around 2,000 jobs.

The next Skillpoint Alliance CPT class will be held from Aug. 15 through Sept. 23. Apply here.