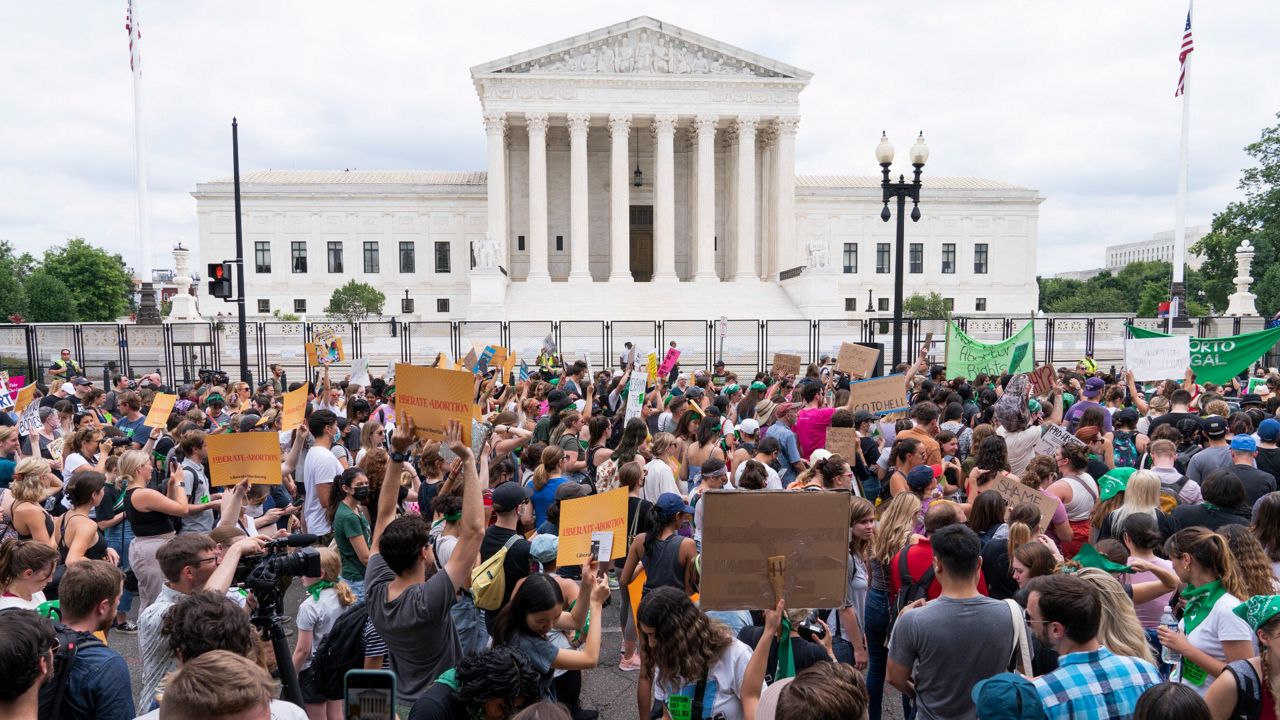 WASHINGTON — The Biden administration is vowing to use all the tools at its disposal to protect abortion access after the Supreme Court last month said states could ban the procedure. One potential tool is ensuring women can get so-called abortion pills, no matter where they live. Some Texas Republicans call that federal overreach.

“This administration has shown almost nothing but open hostility to states like Texas, who, under our Constitution, have the clear authority to regulate in this area, especially in the practice of medicine, and in health care,” said state Rep. Brian Harrison, R-Waxahachie. “This is well established under the Constitution. So I’m looking at ways to fortify our existing statutes that protect life in the state of Texas.”

Harrison was a chief of staff at the U.S. Department of Health and Human Services under former President Donald Trump. Harrison said he and Rep. Tom Oliverson, R-Houston, intend to file legislation next session to strengthen Texas’ current ban on most abortions by going at state licensure laws.

“What our bill is trying to do primarily is to protect Texas, to protect our laws and the babies that they are saving from authoritarian overreaches by unelected officials in the federal government,” Harrison said. “At the end of the day, my bill is really as much, or perhaps even more, about federalism.”

But the current HHS Secretary Xavier Becerra said the U.S. Food and Drug Administration already has evaluated medication abortion for safety and efficacy and issued its approval.

“As a result, those prescriptions are available to women. We’re going to do everything we can to continue to protect a woman’s right to access that care that she needs. The Supreme Court’s decision did not terminate a woman’s rights altogether. It made it more difficult without a doubt in certain states,” Becerra said.

When asked to respond to how some Texas Republicans are poised to challenge that federal authority, Becerra told Capital Tonight, “Texas is under the same obligation to obey the law, and so we’ll make sure that where we have authorities, we will do everything we can to make sure women have access to the care they need. How that plays out, it’s a new world, we’ll figure it out. As I’ve said before, there’s no magic bullet.”

In this post Roe v. Wade era, it is unclear if states have the authority to prohibit drugs approved the FDA.

Joanna Grossman, the Ellen K. Solender Endowed Chair in Women and the Law at Southern Methodist University’s Dedman School of Law, said there largely has not been precedent for it.

“The availability of medication abortion is going to be the thing that the anti-abortion movement finds hardest to deal with, because if people can terminate a pregnancy by acquiring and ingesting pills, which most people can do safely and effectively, that’s just very, very hard for states to stop,” Grossman said.

Attorney General Merrick Garland has also said states cannot ban certain medications for abortion “based on disagreements with the FDA’s expert judgment over its safety and efficacy.” But that leaves open the question whether states can ban such medications simply because those pills would cause abortions.

“Could the state ban it because it, for example, thinks it is immoral to use the pills in this way? It believes they’re safe and believes they would effectively terminate a pregnancy, but it does not believe people should have the right to terminate a pregnancy,” Grossman said. “Ultimately, it’s a question of state versus federal power. And in this new, post-Roe world, we just don’t know how those battle lines are going to be drawn.”

So, it appears it is one more abortion issue headed to the courts to sort out.