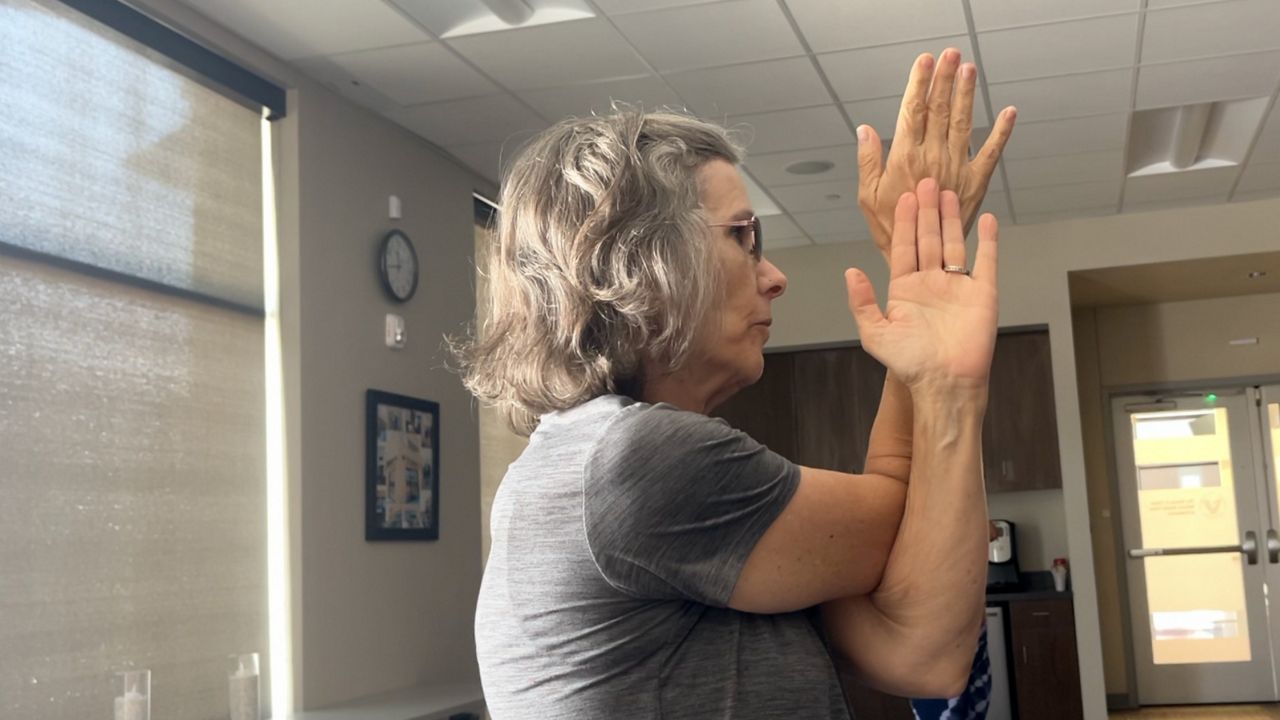 According to the U.S. Department of Veterans Affairs, 50 to 60% of Americans experience at least one traumatic event during their lives.

Warriors at Ease Yoga is helping members of the military community reduce stress, depression and anxiety at the Killeen Cohen Clinic.

“We know that it’s very effective in helping people, particularly who have dealt with trauma in their lives,” Palhus said.

Palhus has specialized training for the military community. Memories of her family influence her work.

“My father was injured while he was serving, and as a child I didn’t really understand, you know, why many things were happening in our home. And although he was a highly successful person, I can now as I reflect on it [and] see there was a lot of silent suffering and I think that’s what they say about PTSD,” Palhus said.

“She helped me with the grief. My husband had passed away in February,” Perkins said. “The actual first class I took, she told us to think about something that was real happy and good and that we should center on that, of course.”

Retired U.S. Army veteran James Williams is a clinician at the clinic.

“A lot of people you know experience some of the symptoms of PTSD, and they just try to distract or fix it on their own when they can come in to get help and actually recover and live a fulfilled life,” Williams said.

Paulhus is grateful to be part of the healing process.