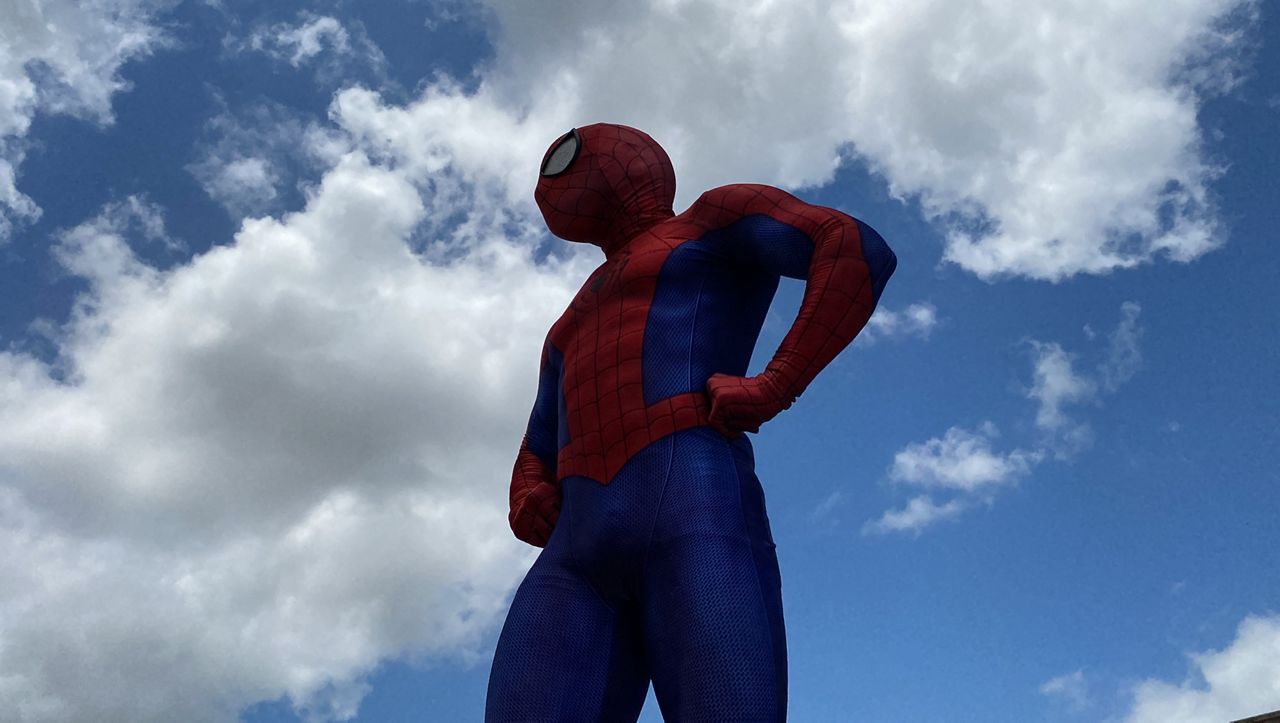 The Denton Spider-Man has been providing free appearances to parties and events since 2020. (Spectrum News 1/Michael Lozano)

The Denton Spider-Man collects toys, other donations for Uvalde children

DENTON, Texas — When The Denton Spider-Man swings into town, it’s difficult for any child or adult not to smile.

Jeremy Sons, a Denton resident, put on the spandex and mask back in 2020, during a time where the future was uncertain because of COVID-19. As a way to bring a smile to some faces, Sons walked into a grocery store dressed up as Spider-Man.

It worked and quickly turned into his full-time job. Sons quickly started making birthday appearances but says he never took a dime from any of his gigs in North Texas or beyond. 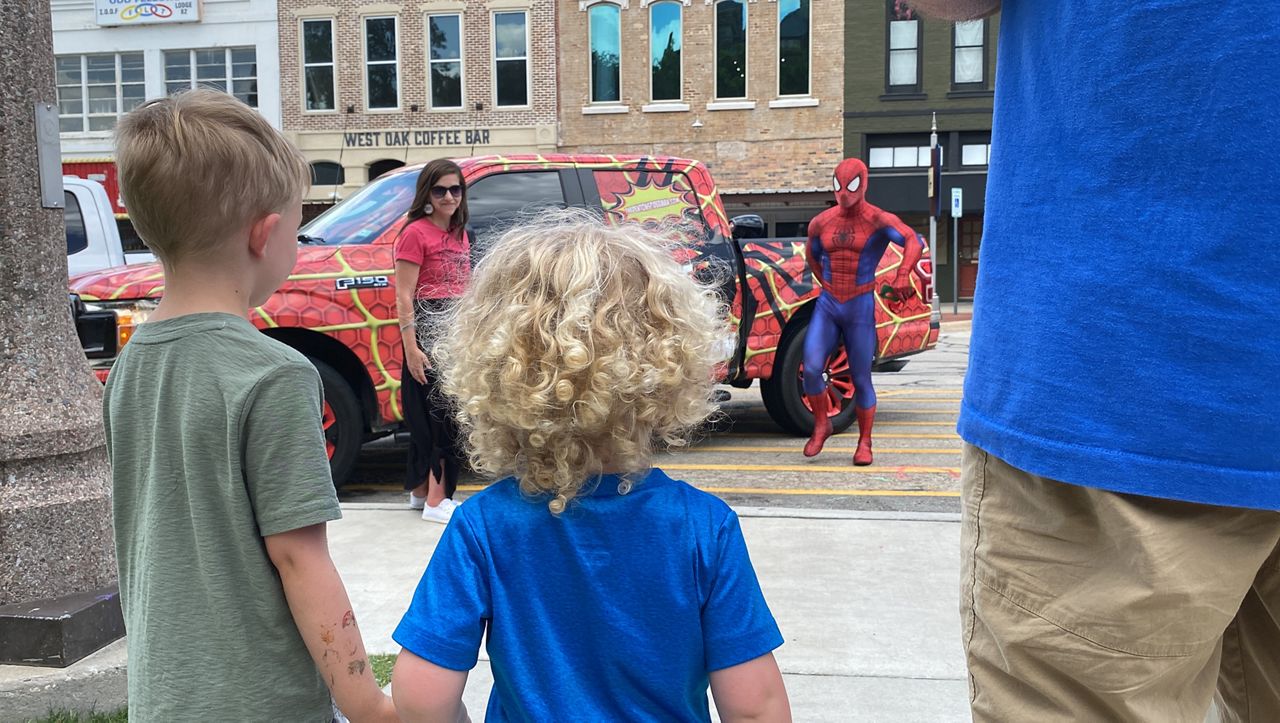 Kids show up to see The Denton Spider-Man. (Spectrum News 1)

“It turned into over 2,000 parties that we’ve swung into. We’ve never charged a single person anything. I don’t believe superheroes charge for what they do,” Sons said.

The North Texan, with the help of his wife, Katelyn and donations from the community, has been able to extend their venture, upgrading their truck and turning it into the "Spider-Truck."

“Spider-Man is all about spreading love,” Sons said.

This is a motto the Sons intend to bring with them to Uvalde on June 12. The married couple has been collecting toys and other item donations for the last week with the intention of bringing a little comfort to children in the Uvalde community, after the school shooting that killed 19 students and two teachers on May 24.

Since posting about their plan to drive to Uvalde with toys, the Sons say they’ve received truck loads of Spider-Man themed donations. 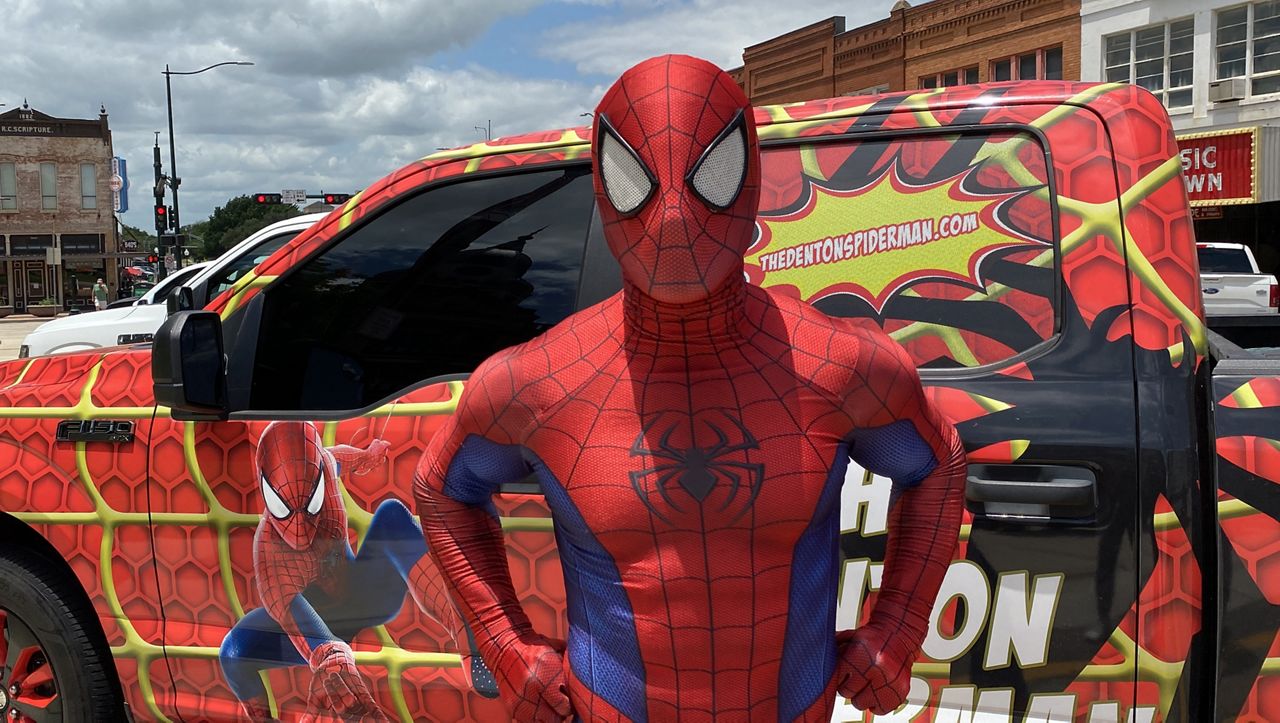 Jeremy Sons poses as The Denton Spider-Man in front of his decked-out "Spider-Truck." (Spectrum News 1)

“The mailman has been non-stop at our house…I believe why give these kids a little, when we can give them a lot?” Sons said.

Both Jeremy and Katelyn know their actions won’t solve what’s going on in Uvalde, but they pray it’s enough to bring a little comfort to the children left to heal.

“We just want to make these kids smile, that’s all we want to do. Provide a short distraction and hopefully, give them something that when they look at it, they’ll smile again,” Katelyn said.

If you would like to help donate to their cause, you can go to The Denton Spider-Man’s website.