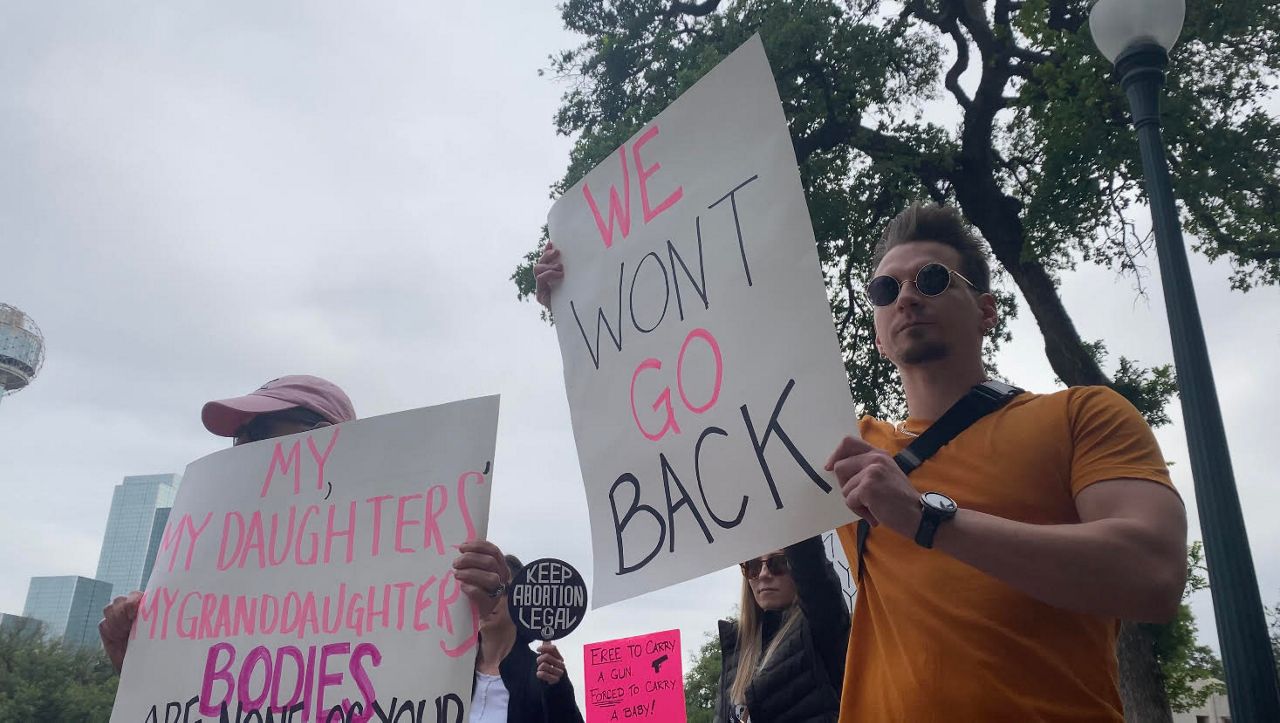 People who identify as male voice opinions on both sides of the abortion debate. (Spectrum News 1)

Texans who identify as male get involved in abortion debate

DALLAS — Many people on both sides of the Roe v. Wade debate strongly believe if you’re a man, you should not weigh in on abortion rights. However, there are plenty of men in Texas voicing their opinions.


Kenneth Cotter is 25 years old. He is a student, a personal trainer at a gym and lives in North Texas.

“I’ve lived in Dallas my whole life,” he said.

Cotter advocates for abortion rights, and believes men should voice their opinions on the matter.

“Because we’re the ones who aren’t affected and so we have power in society in that way. As a white male, I’ve never had to worry about groups trying to pass laws that hurt me or take things away from me,” Cotter explained. “So it’s very important for people with that power to stand up and make sure that they stand up and do whatever they can to let people know that it’s not OK.”

On Tuesday, Cotter protested on the Grassy Knoll in downtown Dallas. Around 50 people protested alongside him. He was not the only person who identified as male.

“It was nice, though. There was a bunch of people there. You could tell it was a very nerve-striking issue. You could just feel people were not happy about it,” Cotter said.

Cotter supports abortion rights for many reasons, one being the foster care system.

Dr. Joe Pojman is on the other side of the debate. Dr. Pojman is anti-abortion, but, like Cotter, believes men should speak their opinions.

“Everyone has seen these images of the unborn baby,” Dr. Pojman said. “I have been involved with this issue for more than three decades.”

Thirty-four years ago, he founded the Texas Alliance for Life with one primary goal.

“To protect unborn babies against the tragedy of abortion all the way to conception,” he said.

Many women on both sides of the abortion debate believe men should not get involved in the decision process of whether it is legal. Signs at the protest read "no uterus, no opinion!" But at least two men disagree with that, and they do not even agree with each other.