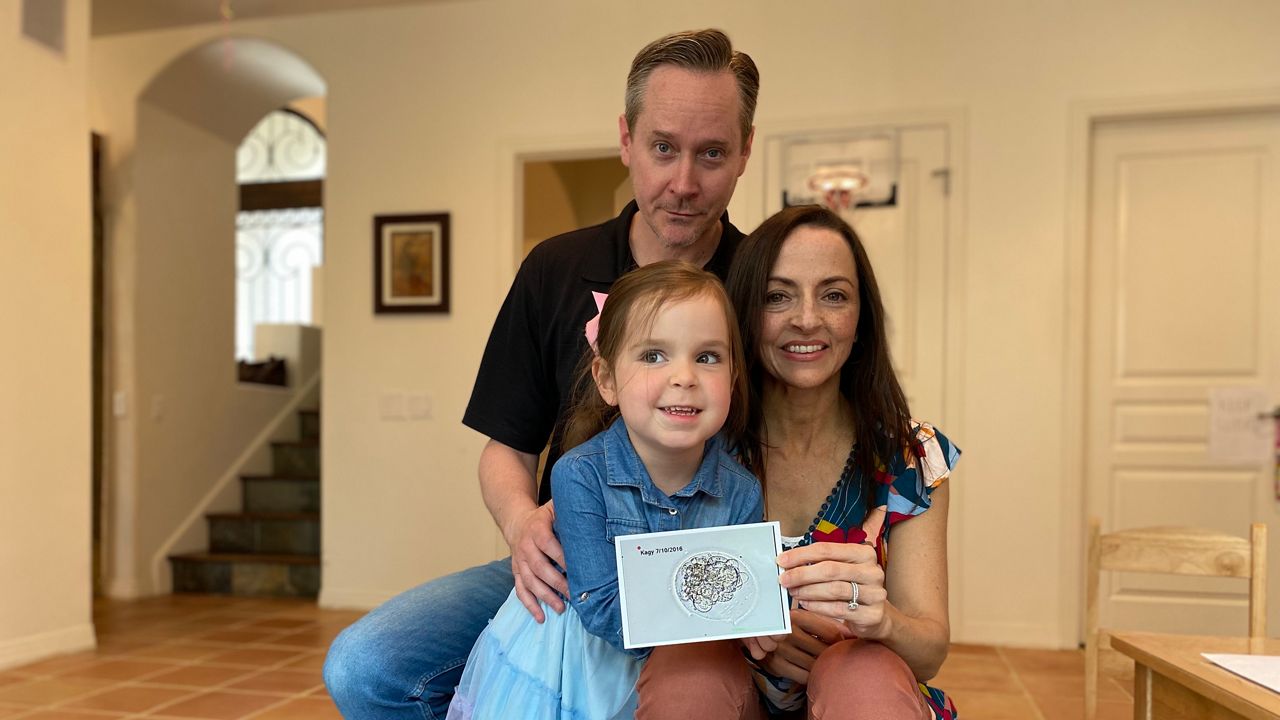 AUSTIN, Texas — Giving birth in America has become increasingly more difficult and dangerous. The CDC reports pregnancy-related mortality is increasing nationwide and birthrates are declining. In Texas, those numbers are not much better, and in some cases, are even worse.

Texas’ birth rate has been dropping for decades, according to state data.

The CDC’s most recent state data shows Texas’ maternal mortality rate is above the national average, and those numbers are much higher for women of color. That’s why Texas families like Tami and Brian Kagy are finding new ways to conceive, using some pretty unique methods.

The Austin couple call their five-year-old daughter Ave a miracle. Tami carried her in her uterus and gave birth to her, but Ave is not their biological child. The Kagys adopted her embryo. 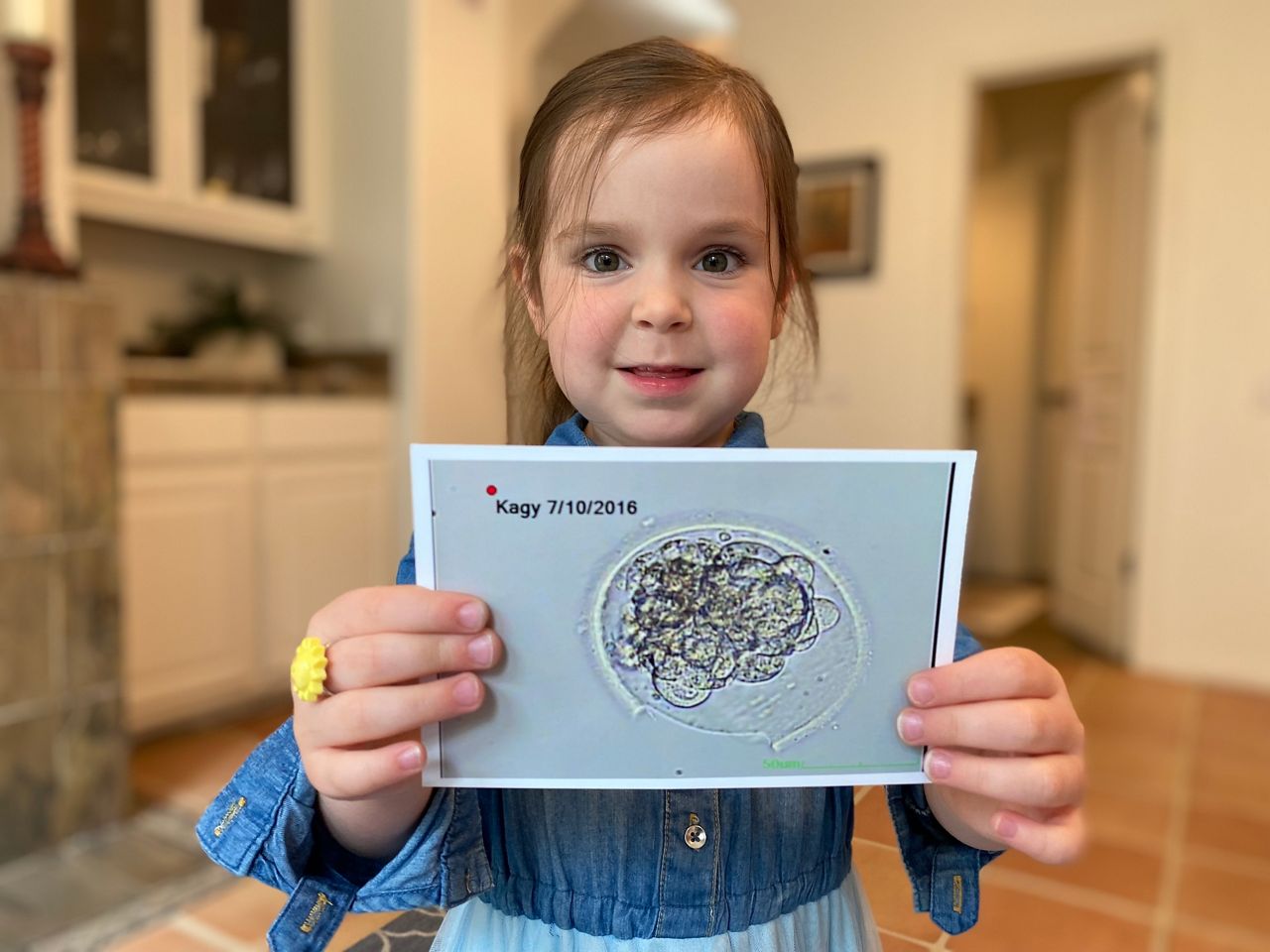 Ave Kagy holding up a picture of her embryo. (Spectrum News 1/Jamil Donith)

“When we tell people we went through embryo adoption, we always get this look, like, ‘What?’” Tami said.

By the time Tami and Brian decided they wanted children, a natural birth was no longer possible. They were married seven years before they considered it.

“We were worried about some of the risks of pregnancy at our ages,” Brian said.

The rates of pre-pregnancy obesity, hypertension and diabetes in Texas have also increased dramatically.

“It’s becoming harder and harder to have a natural pregnancy,” Tami said.

Researchers at Nature Biotechnology estimate there are nearly 1.4 million cryopreserved embryos in the U.S. And the number of unused embryos keeps going up as more people have “leftovers” from in vitro fertilization. So instead of discarding or abandoning the embryos, some are choosing to donate them.

“I could experience, you know, the joys and challenges of pregnancy and give birth to my child even though she was adopted,” Tami said.

A 2019 CDC report says assisted reproductive technology (ART) has doubled in the last decade. Around 2.1% of all babies born in the U.S. each year come from ART.

The CDC’s 2019 Fertility Clinic Success Rates Report states: “Of the 330,773 ART cycles performed in 2019, 121,086 were egg or embryo banking cycles in which all resulting eggs or embryos were frozen for future use.”

A spokesperson at Nightlight’s Snowflakes Embryo Adoption Program, the organization the Kagys used, said they have had more than 1,400 families apply to use the service.

“There’s not really ever any thought of her as an adopted child, she feels like our daughter,” Brian said.

So one person’s unused embryo became this family’s greatest joy.