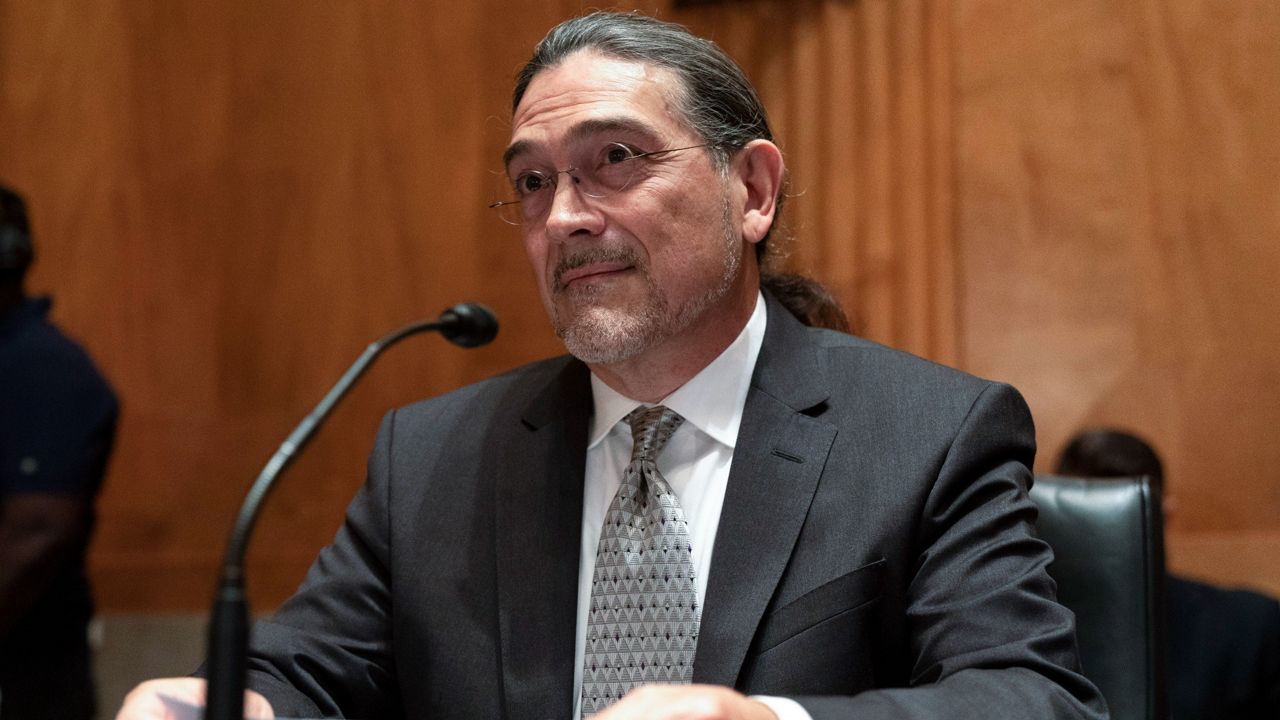 'I am not a politician, I'm a scientist': Native Texan makes history leading Census Bureau

WASHINGTON —  A native Texan is making history in Washington. Robert Santos is the first person of color to lead the U.S. Census Bureau on a permanent basis. He has a lot on his plate, after political inference, the pandemic and even wildfires had an impact on the last census.

Before making history in Washington, Santos grew up in the Northwest Side of San Antonio. He is a third-generation Mexican American in a Gold Star family.

“It was really an interesting time to be in San Antonio. Living in a barrio, my parents were fortunate enough to work at Kelly Air Force Base,” he told Spectrum News in one of his first in-person broadcast interviews. “You could be latchkey kids. And so in the summers, we would just go out on all day adventures, making all kinds of trouble and such.”

He said this experience has guided him ever since. 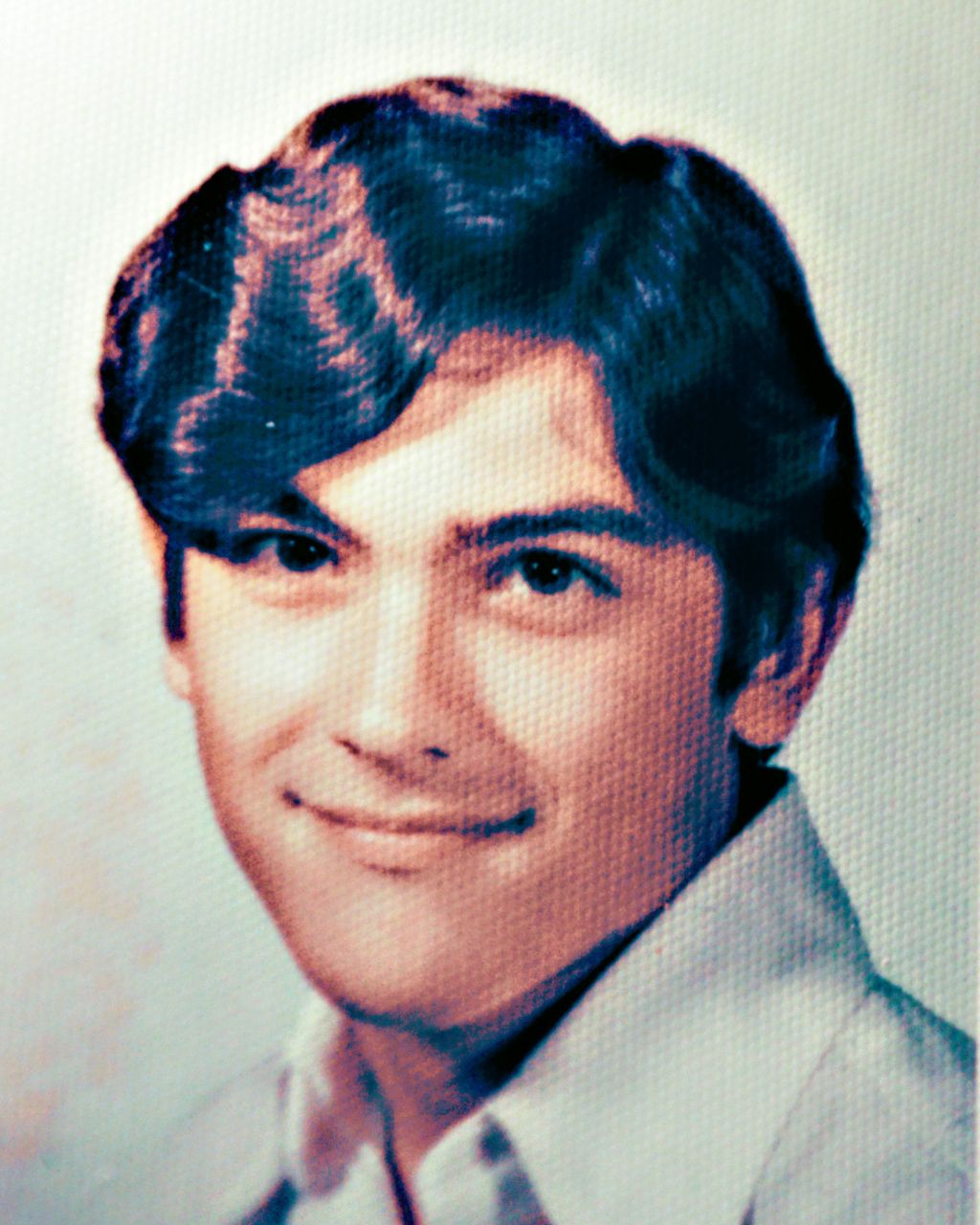 Santos is the first Latino permanent director of the Census Bureau, which conducts a national head count every decade.

Controversy erupted over the 2020 Census when President Donald Trump pushed to exclude undocumented immigrants from the tally. There also was concern about his political appointees interfering with the work of the bureau’s career staff. This on top of the pandemic and natural disasters affecting the census count.

“I am not a politician. I'm a scientist, I’m a statistician,” Santos said. “What I can guarantee is that the career staff will make sure that there is no interference in their operations, because they put scientific integrity and accuracy before anything else. And I can assure you that I will do my part to make sure that we don't meddle or that meddling doesn't occur.” 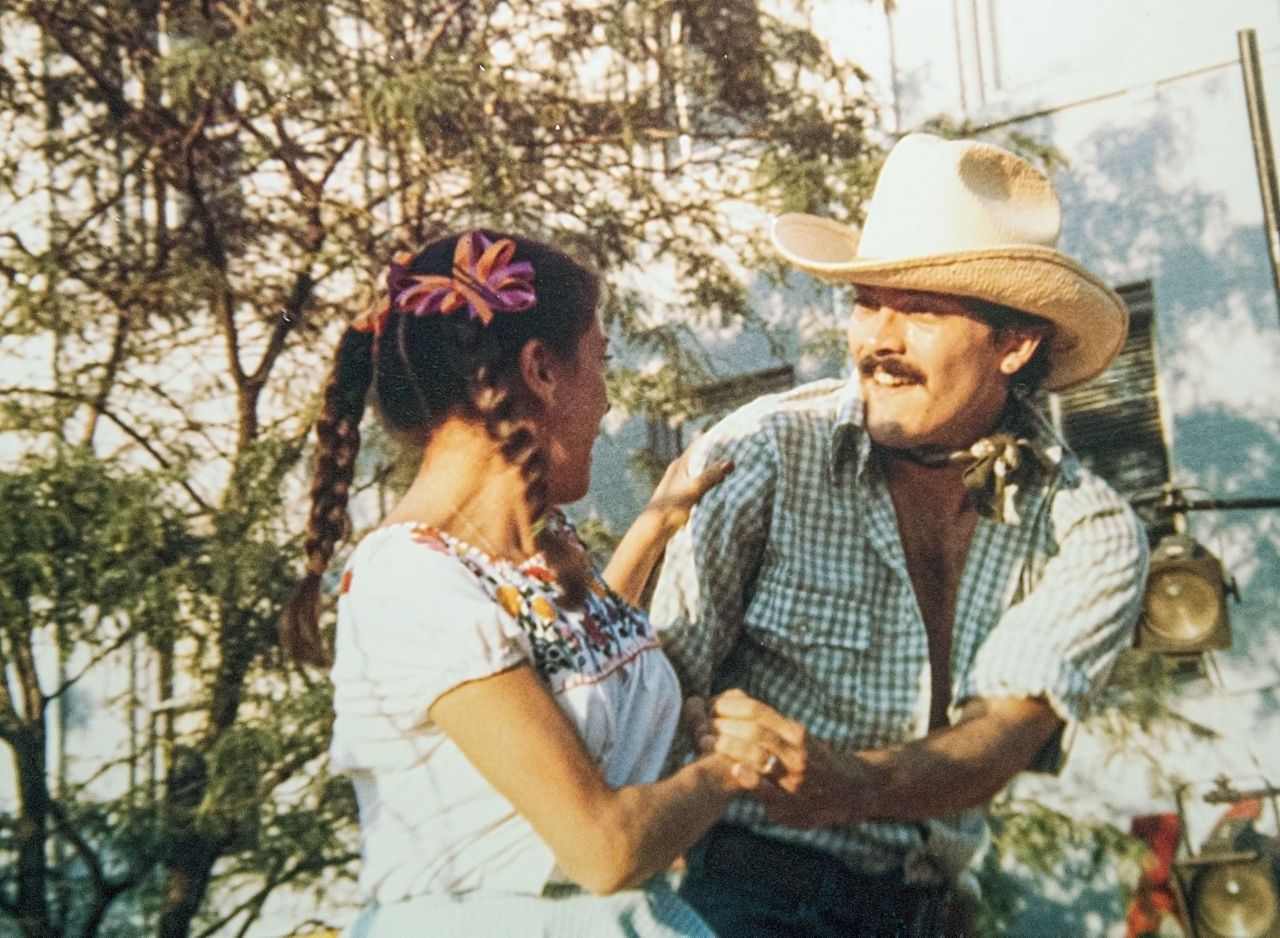 Last month, the bureau announced that the last census overcounted the white and Asian populations, and missed 5% of the Hispanic and Latino population, 3% of the Black population and 6% of Native Americans.

Because the census is used to determine each state’s share of congressional representation, electoral votes and federal dollars, the findings suggest that communities of color will be denied their fair share of political clout and federal resources.

“Undercounts have been occurring since the beginning of the the censuses, and are unavoidable. However, you can absolutely minimize them, and so we look to reinvent how we do censuses to take advantage of things like administrative records. ” Santos said. “Part of what I am bringing, I hope to bring to the Census Bureau is a more deliberate connection to communities to people so that they understand how valuable those data are, and how it can actually improve their school district, their neighborhood, create fire stations and grocery stores and such. It can really be powerful, and I look forward to doing that.”

Santos’ term ends in 2026. In the meantime, there is still more data to release from the last count and the bureau conducts 100 surveys a year.  He is also considering ways to modernize the census, laying the groundwork for what he hopes will be a fairer headcount in 2030.

You mentioned your brother, who served and died during the Vietnam War, during your confirmation hearing. You were raised in a Gold Star family. How did all of that shape your view about public service?

Because of his death, I was the sole surviving son and received a deferment, so that I would not get drafted into and go to Vietnam. So I actually ended up using that deferment, and going to college instead. After a long career, when this opportunity came up, I channeled my brother's life to to determine that it was time to give back to the country. So I'm serving now in this capacity.

In this capacity, you're making history. How will you lead differently than previous directors?

Well, all directors leave their own unique footprint and make their own unique contributions. For me, what I want to do is bring my perspective as a Latino, a scientist and statistician with a 40-year career doing policy research, which means I understand at the community level, how people use information to make their communities better to identify problems, to look at disparities and inequities. What I want to do is to bring a vision of how diversity, equity and inclusion can help create a new level of excellence at the Census Bureau, both in terms of the science of and methods of what we do, but also the data we collect.

I’m not too sure I would want to put a grade, but what I would say is that I was pretty awed at the ability of the Census Bureau, which historically up to that time had been billed as this immobile structure that can only do things one way. It actually was quite nimble, and was able to adapt on a dime to the different challenges with regard to the pandemic. And it also had the vision to work with communities more closely for the 2020 census. And it's because of that, that even though we did experience undercounts of Latinos and African Americans and others, overall, there was a good level of accuracy that made it perfectly good for use for apportionment, redistricting, and we're going to be delivering some new products in the near future. 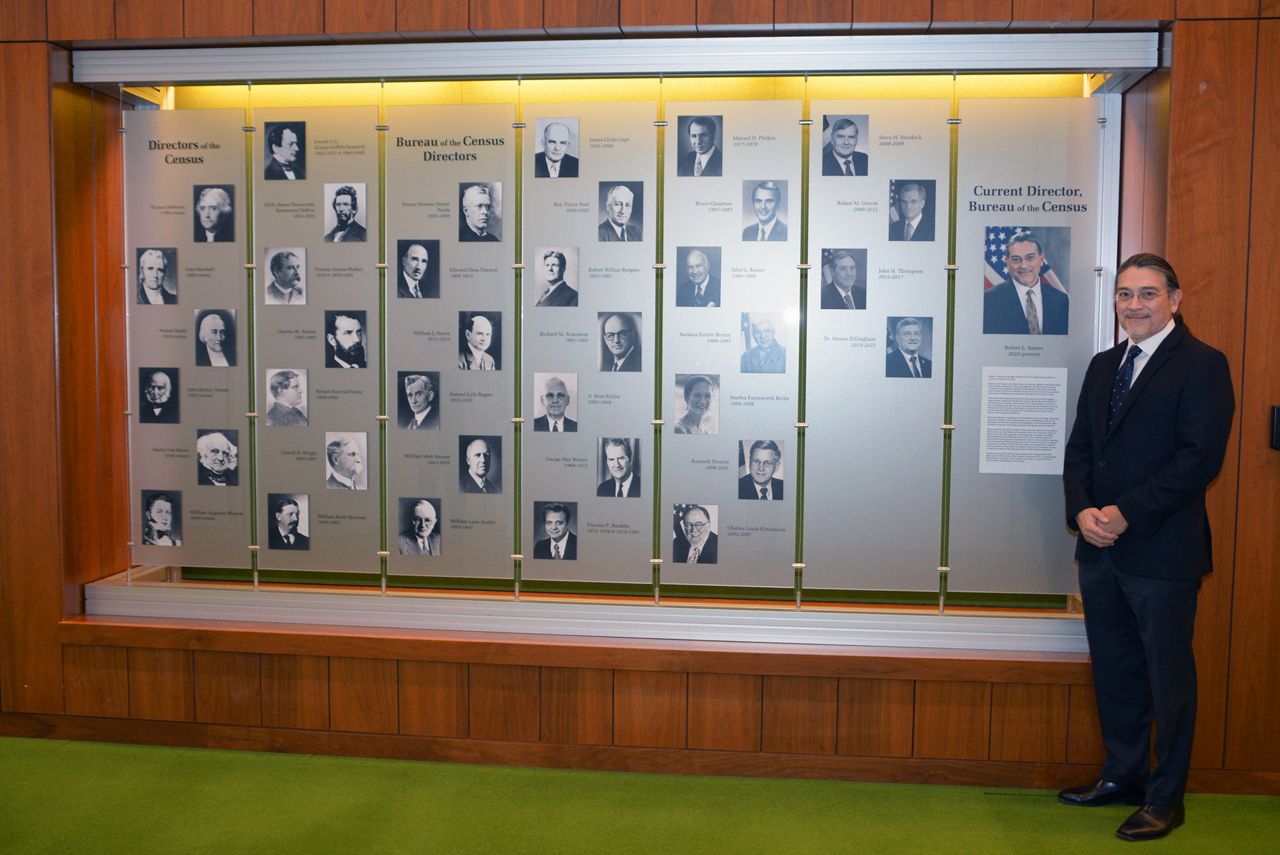 Did the Trump White House play politics with the census? And what effect did that have?

Rather than trying to issue blame, blame on any particular administration, let's just, let's be real, that the Census Bureau is a nonpartisan statistical organization. I am not a politician. I'm a scientist, I’m a statistician. Scientific integrity, and diversity, equity and inclusion are my common values that drive me. What I witnessed from outside and as well as inside now that I'm director of the Census Bureau, is that the career staff have such integrity that nothing will stop them at doing the job that they know that they need to do. And so part of me is not worried that because I saw in real life, how they were able to defer any type of interference in terms of operations. And it's really important to have that type of independence.

What are the ways you're considering to modernize the census?

Going towards the future, we need to think more about what data already exists. How can we leverage that to reduce the burden on folks, and then to focus on the individuals who are harder to count. And those are the folks where you focus resources and do very tailored and culturally relevant knocking on doors and soliciting information. 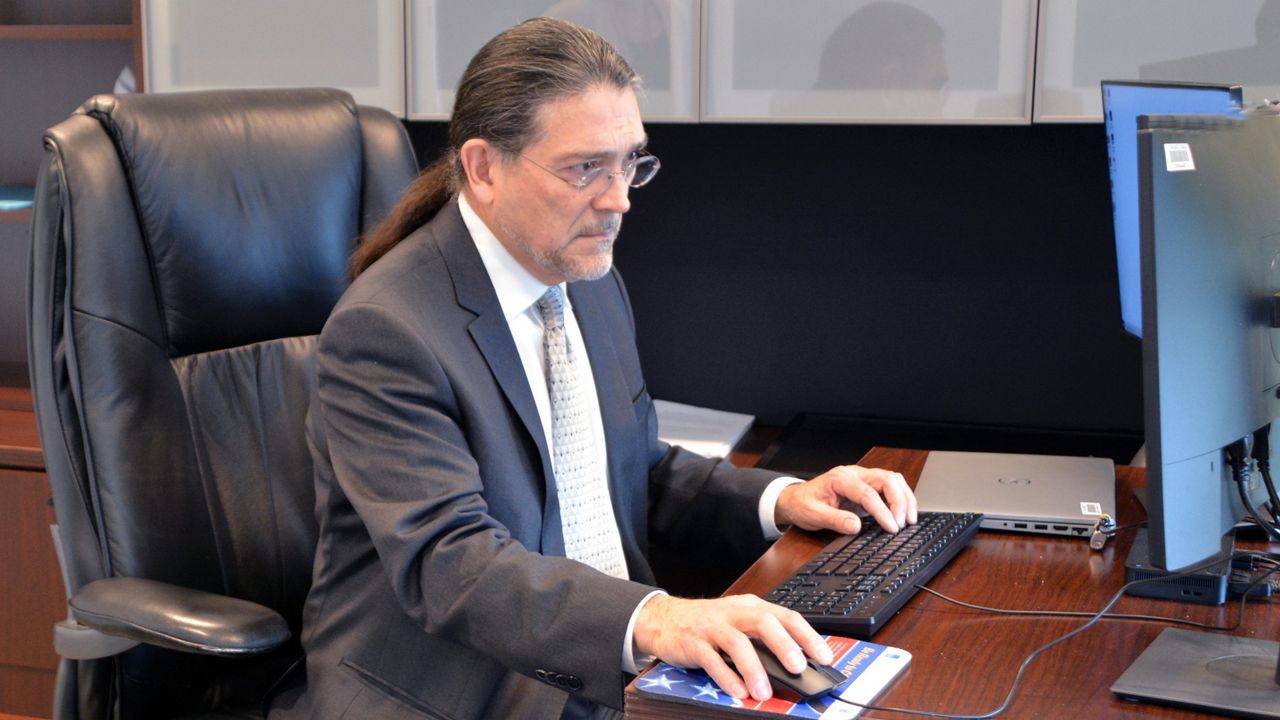