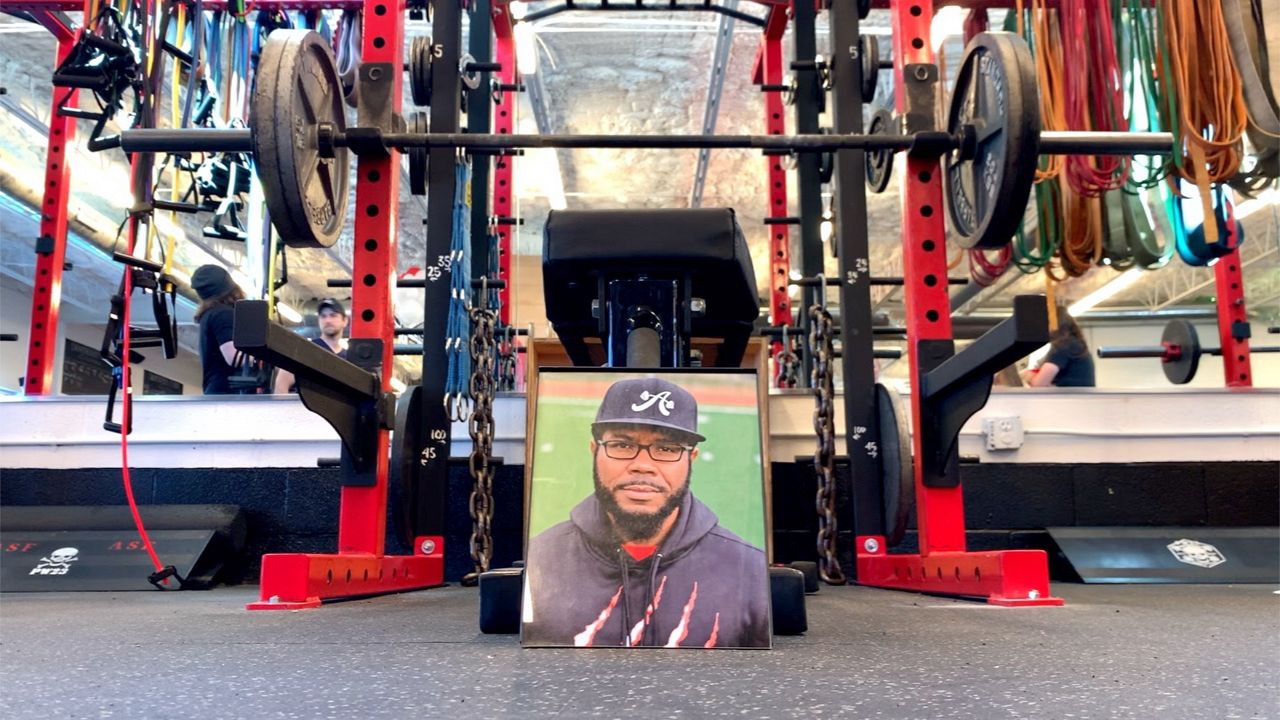 A picture of DJ Cedent displayed in front of a bench press at Austin Simply Fit. (Adam Rossow/Spectrum News 1 Texas)

'We miss him so much': How an Austin gym honors a former trainer through the bench press

It's why the fitness community in Austin comes together every year in his name, keeping his memory alive through his favorite lift.

"He'd be so pumped about the big bench that we had earlier," said Austin Simply Fit trainer Brendan Morr. "He always had good energy in the gym. He's always a delight to have around.”

Cedent boosted morale and celebrated the achievements of others when he worked and trained at Austin Simply Fit, refusing to have his personal battle with sickle cell anemia affect his relationships.

“He just had an infectious personality," said Austin Simply Fit Director of Performance and Athletic Development Sierra Nevels. "He's still coming to work, having a life, training. It was inspiring to me, seeing that and working with him every day just made me want to push even more.”

Cedent died from sickle cell anemia in 2019. To measure the impact Cedent made on his co-workers, clients and friends at Austin Simply Fit, you can look at the success of the fundraiser started in his name.

“He would probably be speechless. He probably wouldn't think that it would get this big and it would carry on this long," Nevels said.

The first "Bench-A-Thon" raised money to help Cedent with his medical bills. Now in year four, it's gone from a small gathering to a full-blown party.

“ASF kind of became his de-facto family," said Austin Simply Fit owner Krista Bergeron. "That's where he spent all his time. That's where he put all of his efforts.”

The proceeds from the event now go toward a scholarship for Austin ISD student-athletes.

“These kids are getting something in his name and it keeps him alive," Bergeron said.

Four-thousands dollars worth of scholarships were awarded last year, a number that's expected to grow in 2022. Continuing the impact in death that one man had on others in life.

“We never forget about him. We always think about him. He’s near and dear to our heart," Nevels said.

“He’d be so honored, just that we remember him this way," Morr said. "We care about him, and we miss him so much.”