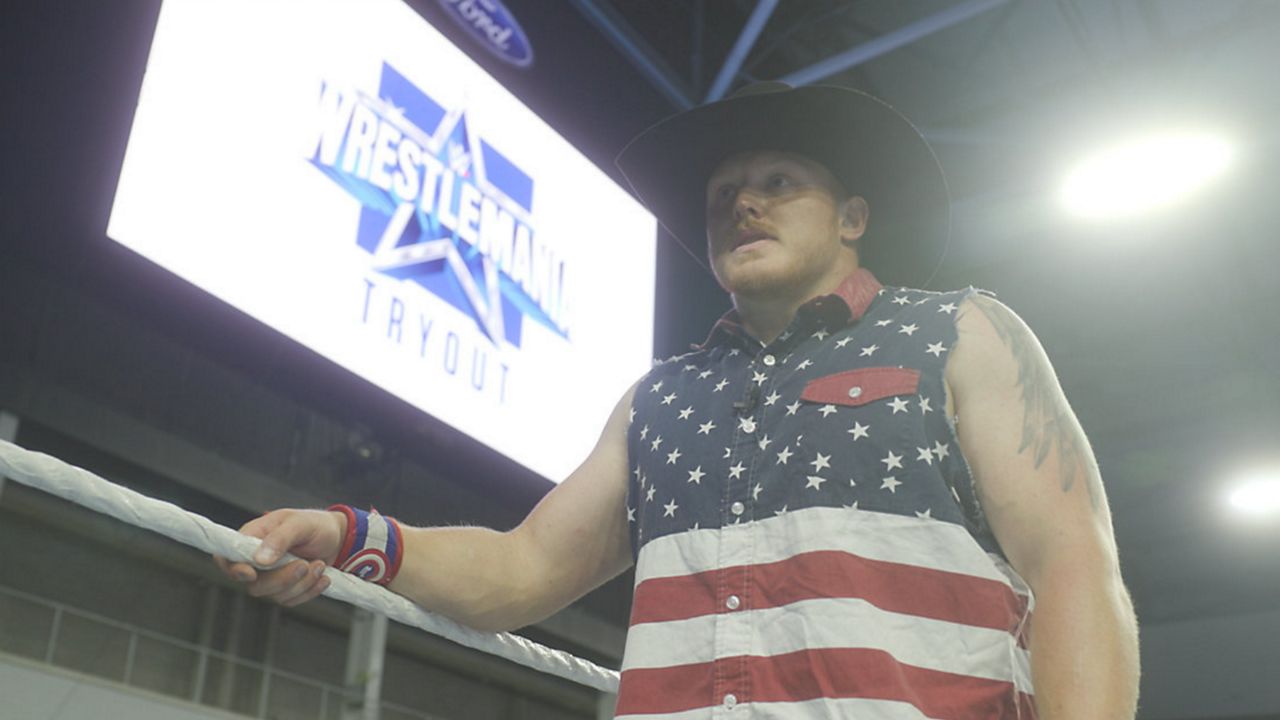 DALLAS — The WWE held tryouts for NCAA athletes in the lead up to their biggest show of the year, WrestleMania.

The event is a part of WWE’s initiative to sponsor and potentially recruit NCAA athletes into their roster. They say the new laws allowing college athletes to profit outside of their school’s program gives them an entirely new talent pool to recruit from.

WWE head coach and former WWE Superstar Matt Bloom said, “It’s really top quality athletes who maybe didn’t have an interest or a background in sports entertainment,” Bloom said. “They’re now having an opportunity to further their athletic careers in something that maybe they weren’t expecting to do.”

One of the WWE hopefuls trying out at the event was former Texas Tech football player Houston Miller. He said even though he’s had success in the gridiron, his dream has always been to be a star in the ring.

Miller began his pursuit of superstardom, applying online like most other applicants. He said he hopped on a plane in Orlando to attend tryouts with a friend, even though Miller wasn’t the one trying out. There, he ran into a talent recruiter from WWE who gave him the roadmap to the ring.

That leap of faith led to a real tryout in Arlington three months later on the week of WrestleMania. According to coach Bloom, Miller made a real impression.

“Houston walks into a room and he has what is called the ‘it factor,’” Bloom said. “You just look at him. You notice him, his energy, his persona, his size.”

This WrestleMania weekend, Miller will wait with bated breath, hoping his name is called to represent Texas in the ring as the WWE’s newest superstar, "American Patriot."

WrestleMania 38 will be in Arlington at AT&T Stadium. Night 1 has already ended with a bang, given Stone Cold Steve Austin’s return to the ring. Night 2 on Sunday will be available on Spectrum PPV at 7:00 pm CT.