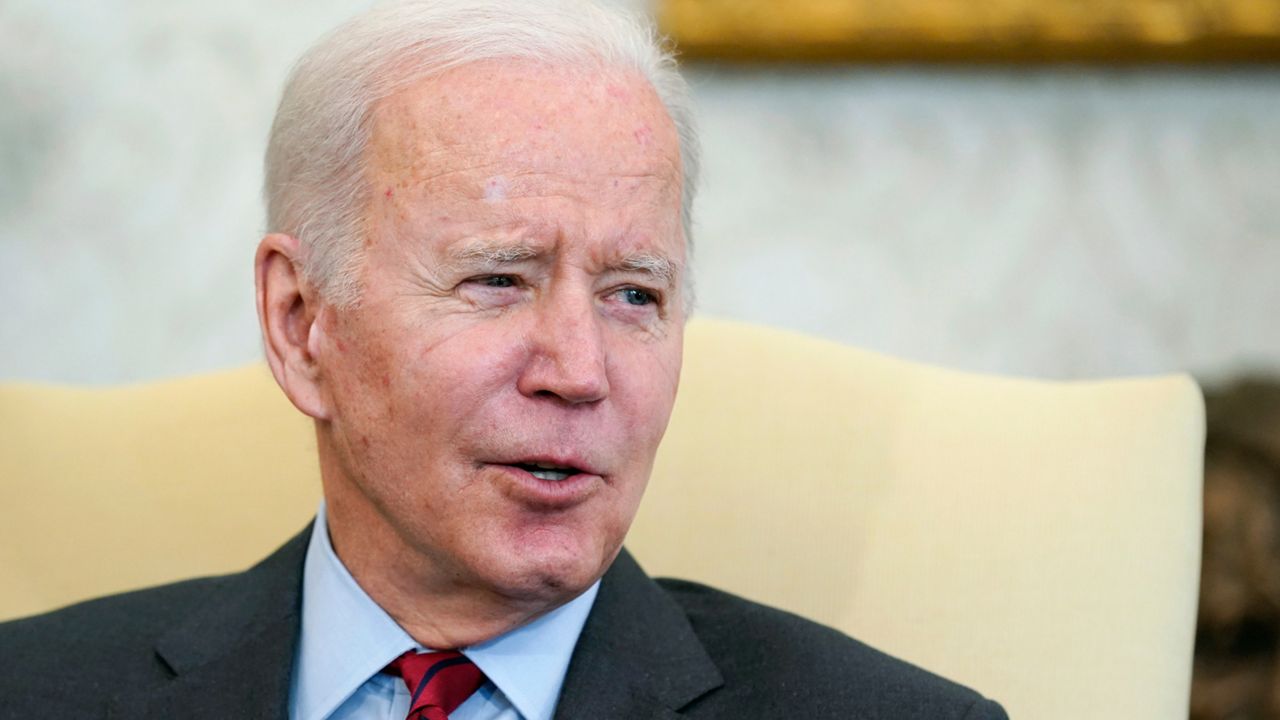 WASHINGTON —  President Joe Biden said he wants the “advice and consent” of the Senate as he considers candidates to succeed retiring Justice Stephen Breyer. Tuesday, he met with two key members of the Senate Judiciary Committee, one Democrat and the other a Republican, about his impending pick for the Supreme Court. But some Republicans are already criticizing Biden for committing to nominate a Black woman to replace Breyer.

“There are plenty of well-qualified African American women that he could choose from, and I'm interested to hear who that person is. But it also, I think, is unfair to the eventual nominee,” Sen. John Cornyn, R-Texas, told Capital Tonight. “The appearance will be that you were picked because of your gender and race, not because you're the best person for the job.”

Texas’ two Republican senators sit on the Judiciary Committee and are highly critical of Biden’s pledge, which he first made as a presidential candidate.

“When Biden starts out by saying he has a quota system, he diminishes the achievements of those African American women,” Sen. Ted Cruz, R-Texas, said.

Of the 115 justices in Supreme Court history, all but seven have been white men. No Black woman has ever been nominated.

During their presidencies, Republicans Ronald Reagan and Donald Trump both said they would nominate a woman to the Supreme Court, and followed through.

Cornyn acknowledged that while he believes “it's good for public confidence in the judiciary to have the judiciary looked like the rest of America,” he also puts Biden’s decision in a different light.

“What does it say to an Asian person who is basically been ruled out of consideration?” Cornyn said. “That's my point. I think it should be based on merit, and not based on gender and race.”

I spoke to Sen. @JohnCornyn about President Biden's pledge to nominate a Black woman to SCOTUS.

Cornyn says "What does it say to an Asian person who has basically been ruled out of consideration ... I think it should be based on merit, and not based on gender and race." pic.twitter.com/dhhP7LADzG

At least one prominent Republican has pushed back against that assertion: South Carolina Sen. Lindsey Graham, who on CBS' "Face the Nation" on Sunday said "Put me in the camp of making sure the court and other institutions look like America."

Graham has been a staunch supporter of fellow South Carolinian Judge Michelle Childs, a U.S. District Judge who is reportedly on Biden's shortlist.

Graham pushed back on some of his fellow Republicans’ assertions about imposing race and gender on his nomination, citing Reagan’s nomination of Sandra Day O’Connor, the first female Supreme Court Justice.

“President Reagan said running for office that he wanted to put the first female on the court,” Graham said. “Whether you like it or not, Joe Biden said, 'I'm going to pick an African-American woman to serve on the Supreme Court.”

“And as to Michelle Childs, I think she is qualified by every measure,” he added.

Childs also has the support of House Majority Whip Jim Clyburn of South Carolina, who helped deliver Biden a crucial victory in the state’s primary, which helped fuel his presidential bid through the rough-and-tumble 2020 Democratic presidential primary.

"I can't think of a better person for President Biden to consider for the Supreme Court than Michelle Childs,” Graham said. “She has wide support in our state, she's considered to be a fair-minded, highly gifted jurist. She's one of the most decent people I've ever met.”

“She's highly qualified,” he added. “She’s a good character, and we'll see how she does if she's nominated. But I cannot say anything bad about Michelle Childs. She is an awesome person.”

Democrats wonder why Republicans are raising such concerns now and not when other presidents made commitments about their nominations.

Rep. Al Green, D-Houston, supports Biden’s promise and said he hopes “educational diversity” is considered and not have all of the justices be graduated of Ivy League institutions. Regarding to Biden’s pledge, Green pointed to numbers showing how women have been underrepresented in Congress. He noted how since 1789, 58 women have served in the Senate.

“There was no questioning of why men were only selected,” Green said. “For the most part, you have men who are confirming other men to hold positions on the Supreme Court. We have to open this society up to women. Women have been excluded.”

Green said he believes Biden nominating a Black woman to the court is long overdue and there is no shortage of candidates with merit.

“The implication is that there are no Black women qualified. There are Black women who are capable, competent and qualified to do this work,” he said.  “Why shouldn't there be a Black woman on the Supreme Court is really the question, not why are we putting one.”