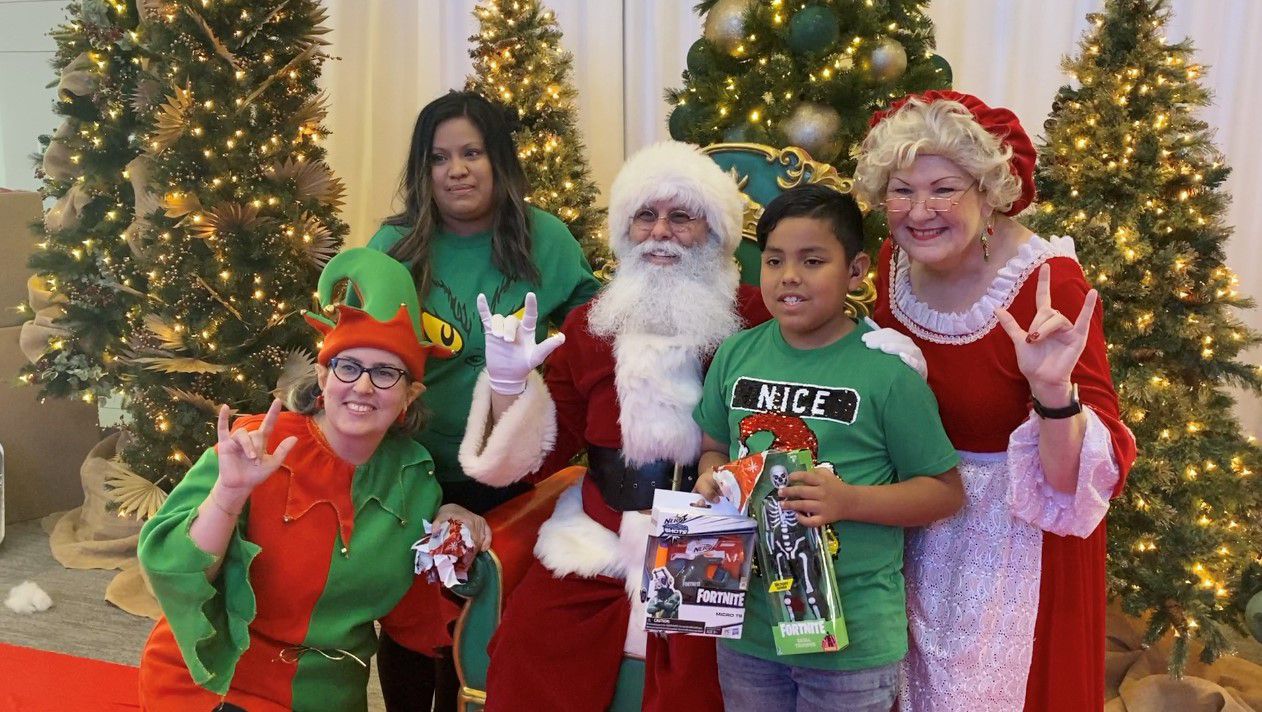 SAN ANTONIO — Juan and the Gonzalez family are experiencing something new this Christmas season.

“We drove five and a half hours to be here,” said Fabiola Gonzalez, a mother from Odessa.

The long efforts were to meet Mr. And Mrs. Claus. Although you won’t hear much, you can see a lot is being said.

“My son is deaf, well, hard of hearing, so I wanted him to see a signing Santa,” Gonzalez said.

“We don’t have anything like this in Odessa,” Gonzalez said. “It was very nice. I wanted to cry.”

Retired police officer Rafael Trinidad founded Shields for Kids after his second battle with cancer. He wanted to continue making a positive impact on kids in San Antonio.

“We had a mother reach out to us and ask us if we could find a Santa that could sign,” Trinidad said. “So her daughter could finally be able to explain to Santa what she wanted for Christmas.”

That started in 2018, thanks to a young lady's desire to speak to Santa. Although COVID canceled the event in 2020, Yanelie Casas is excited to be back this year.

“We’ve been going to see Santa since she was a baby and nobody could sign to her or nothing,” Henry Casas, Yanelie’s father, said.

Henry is thankful his wife made that request years ago, because now it’s giving hundreds of deaf kids a chance to feel the Christmas magic.

“It’s good not only for her, [but also] for kids just like her that are deaf,” Casas said. “They get to sign to Santa Claus. They get a reaction back, not just a talk. Someone can speak to them in their language.”

Santa gave out gifts. There was music, activities and resources for families. Officers were there every step of the way, serving while off duty.

“To do what it is that we are supposed to do as officers,” Trinidad said. “It’s not just being out there on the streets patrolling and making arrest.”