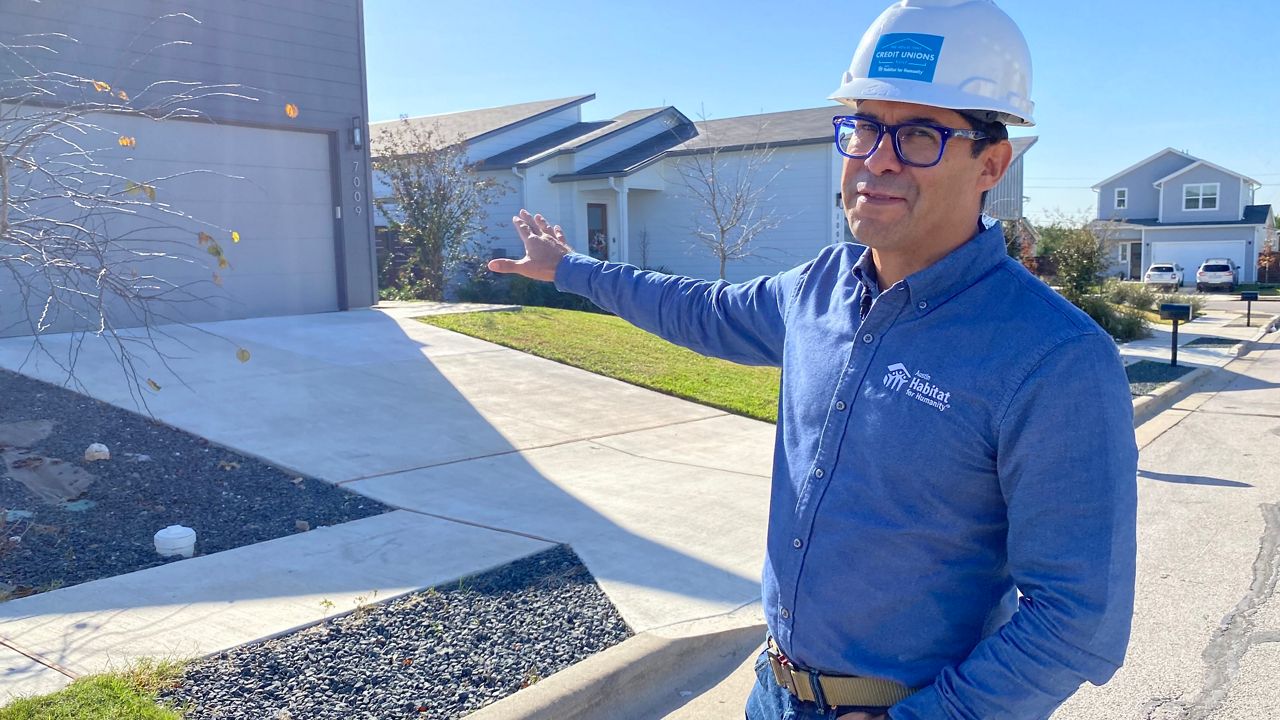 “We need more resources”: Housing nonprofits struggling to keep up with increased demand for affordable housing in Austin

AUSTIN, Texas — The City of Austin made major steps to improve its growing housing crisis. On Thursday, the city council approved several proposals to make it easier and cheaper to build new homes and renovate current affordable housing.

A recent report shows Austin is not only the fastest growing city, but also the leading city for new construction. The Kinder Institute for Urban Research reports Austin built nearly 42,000 homes from March 2020 to February 2021, the highest production per capita in the country.

The problem is, it’s still not enough to meet the growing demand for affordable housing. However; supply chain issues, inflation and a lack of labor are making it harder than ever to build these houses, especially for nonprofits.

Silvio Cruz is in the business of building homes. The Austin Habitat for Humanity lending supervisor is in charge of selecting families for its housing program. He also helps out at volunteer home builds when he can. Cruz was working with crews on the construction of a new home in North East Austin when we spoke to him.

“This is one house of 67 that we have in this community and they’ll be more houses that we’re gonna be building over to that side,” Cruz said.

The land and labor for these projects are all donated, which keeps prices down. But with increased demand for affordable homes, Austin Habitat for Humanity Communications Manager Angel Leverett says building these low-cost homes is becoming a challenge.

“That means we have more of a cost that we’re eating up ourselves and not passing that down to the homeowner and that’s been incredibly hard,” she said.

Habitat homes are all being sold below market rate value, which has more than doubled in the last decade. The Austin Board of Realtors reports the median price of a home is at $500,000.

Cruz showed Spectrum News several homes twice the cost right next to the houses they’re building. He says this shows just how bad the housing market has gotten in Austin.

“Part of how we can do that is change our broken rules that right now are driving a little single family house to get scrapped and just be replaced by a McMansion,” said Austin City Councilmember Greg Casar.

The report said “Since 2011, there have been 32,666 more jobs created for Austin residents than permitted housing units in the city.”

For many families, Cruz says local housing programs like Austin Habitat for Humanity are often their only hope, and while that’s presenting new problems for nonprofits, they’re ready to provide those solutions.

“There is hope and that’s why we are here,” he said.